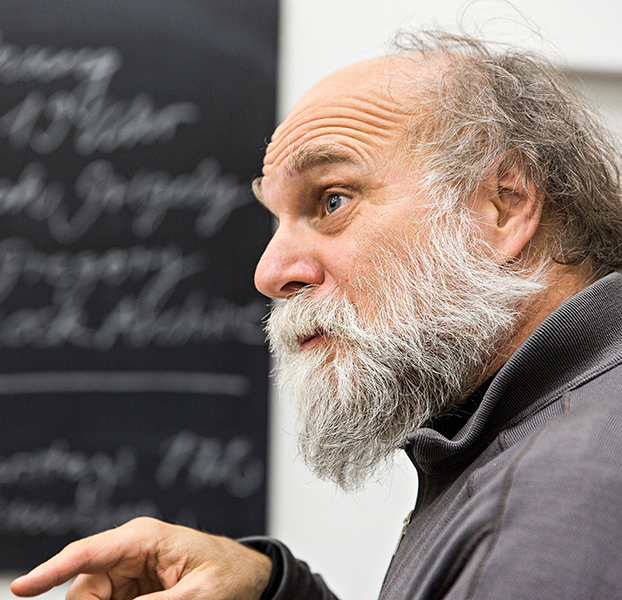 Joseph Grigely is an artist and writer whose work addresses questions about the materialization of language and communication, and the ways conversations might be represented in the absence of speech. A collector of inscribed words, documents, and related artifacts, Grigely’s ongoing work, collectively titled Conversations with the Hearing, is concerned with archives and archival practices and how archives might be activated with formal and narrative meaning.

Grigely has published several books, including Oceans of Love: The Uncontainable Gregory Battcock (Koenig, 2016), MacLean 705 (The Architectural Association/Bedford Press, 2015), Exhibition Prosthetics (Bedford Press and Sternberg Press, 2010), Blueberry Surprise (Editions Michele Didier, 2006), Conversation Pieces (Center for Contemporary Art and Korinsha Press, 1998), Textualterity: Art, Theory, and Textual Criticism (University of Michigan Press, 1995), as well as essays on disability theory and body criticism. Grigely is a John Simon Guggenheim Memorial Fellow (2005), and holds a D.Phil. from Oxford University. He is Professor of Visual and Critical Studies at the School of the Art Institute of Chicago.

Some years ago I was sitting in the New York apartment of a friend having tea and a conversation. A large part of our exchange had to do with the senses, and how communication involved a wide array of possibilities outside the norm of what it means to be human. Deep into the conversation, my friend told me a story about a blind baby who had learned to imitate—perfectly—the sound of a refrigerator and the sound of a car going over gravel as it approached the house. After a long pause in which we considered the implications of this, my friend turned to me and said: “Beauty is difficult. Never forget that.”