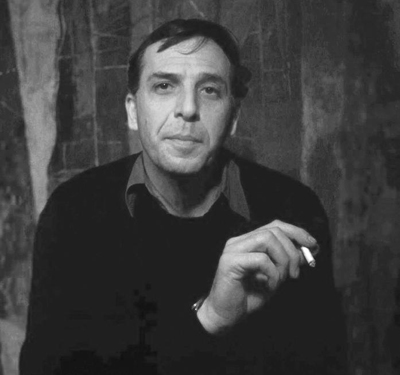 Philip Guston, known for his eclectic style and experimentation with figuration as well as abstraction, was born in 1913 in Montreal. In 1919 his family moved to Los Angeles, and with an interest in art, he was encouraged by his mother to take a correspondence course in cartooning. He attended the Manual Arts High School, where he became a friend of Jackson Pollock, a fellow student. After being expelled from that school, Guston independently pursued his interest in art, including comics, as well as delving into various philosophical theories. In 1930 he received a scholarship to the Otis Art Institute. He left after three months.

Gustons biography parallels the general phases of his artistic career. In the winter of 19351936, he moved to New York, where he worked on murals for the Works Progress Administration on their Federal Art Project (WPA/FAP). His works from this period tend toward realist social commentary but also suggest his exploration of more abstract approaches to the picture plane. From 1941 to 1945, he taught at the State University of Iowa in Iowa City, the first of many teaching positions he held. The year 1945 marked Gustons first solo exhibition at The Midtown Galleries and a first prize award at the Carnegie Institute, Pittsburgh. In 1947, when he had a summer home in Woodstock, New York, Guston came to know abstract painter Bradley Walker Tomlin and became more attentive to the abstract art that was a hallmark of New Yorks art scene. In 1948-1949, the Prix de Rome took him to Europe, after which he moved to New York, becoming part of a circle of artists, composers, and writers including Barnett Newman, Willem de Kooning, Franz Kline, Mark Rothko, and John Cage.

During the 1950s Guston entered a new phase of abstract expression. Thick strokes in lush hues are woven into complex surfaces, with the brighter colors massed at the center of the canvas; these works became hallmarks of the artists style. They were well received, with The Museum of Modern Art purchasing of one of his paintings in 1956. After traveling to Europe in 1960, Guston had a major retrospective at the Guggenheim in 1962. In 1967, he moved to Woodstock permanently, and began painting in a symbolic style that revived the cartoon like forms and figures that he drew as a young man. Guston died in 1980 at his home in Woodstock.