Vija Celmins mezzotint, Falling Stars is both intimate in its detailed technique of creation, as well as being cosmic in its imagery.  In addition, seeing that Celmins sources are often pre-existing printed photographs or newspaper clippings, the space of the work is not only the paper and the stars, but the seemingly invisible middle ground – the source imagery.  Thus, the work blurs the line between creation, representation and abstraction as well as conceptual and physical realities.

Tara Donovan’s Untitled, considered a drawing by the artist, was created by inking a sheet of plate glass and then breaking it in a specific way and then laying down a sheet of paper to absorb the ink wherever the glass was intact.  The work on paper is a record of the action of breaking the glass, yet is stable and unmoving.

Liliana Porter’s 2014 assemblage, The Gardener combines a broken piece of chinaware (with an image of flowers painted on it), with a child’s figurine of someone with a watering can, to engage issues of faith, hope and play. Deceptive in simplicity and scale, The Gardener gets to the essence of life.

Lorna Simpson’s Details consists of 21 photogravures with juxtaposed silkscreened texts.  The imagery of the photogravures was taken from the artist’s collection of family photos that she then edited and cropped.  The accompanying texts, also cropped and edited, are descriptions of the artist’s family members.  The gravure process gives a specific feel of age to the images, unifying them in one period and yet the texts are silkscreened and thus have a much more contemporary feel, leading one to not only explore and question the information within any of the images and texts, but also the relationship between the text and image.  Unified on the same piece of paper, yet printed using different techniques, one seemingly much older than the other, makes one see the texts as coming after the images, in effect making them labels – things placed on other things to try to locate/describe them.  Seeing as labels are rarely fully accurate and most often not useful in deeper understandings, it is interesting to note that the artist specifically jumbled the descriptions to no longer be ‘attached’ to the corresponding images, which further clarifies the experience of understanding the limitations of labels. 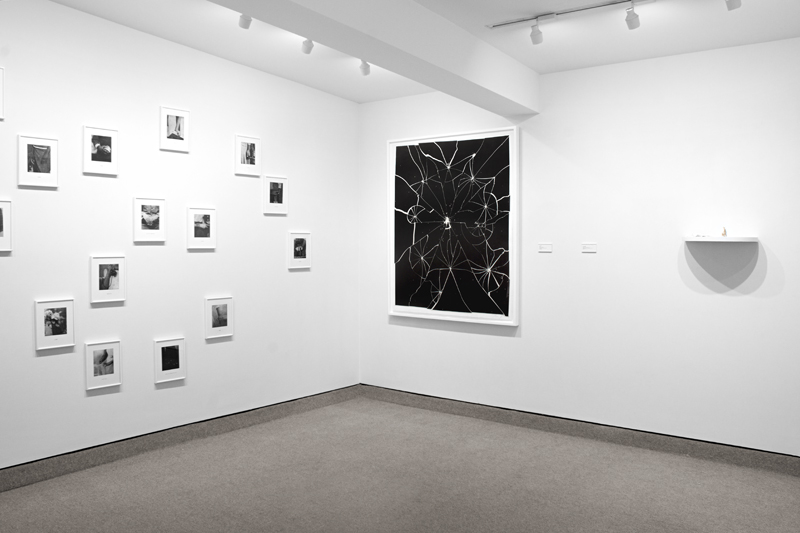 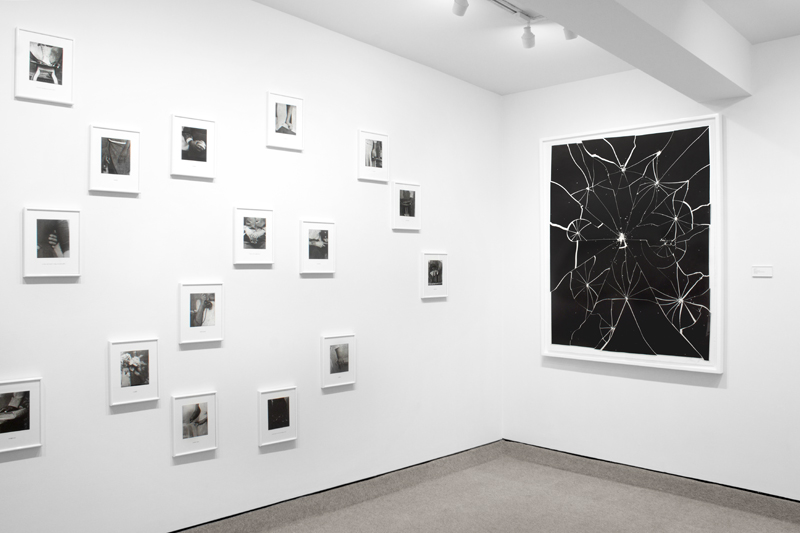 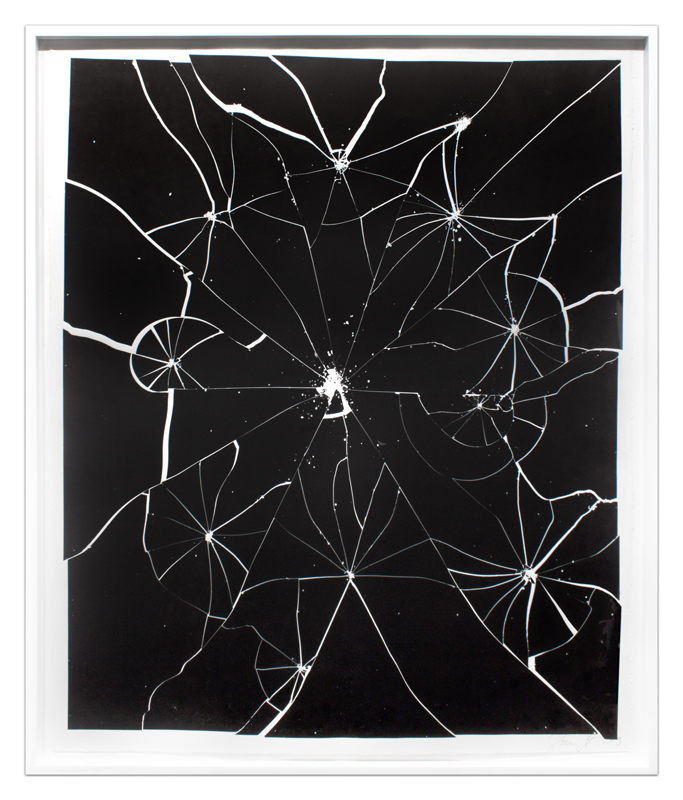 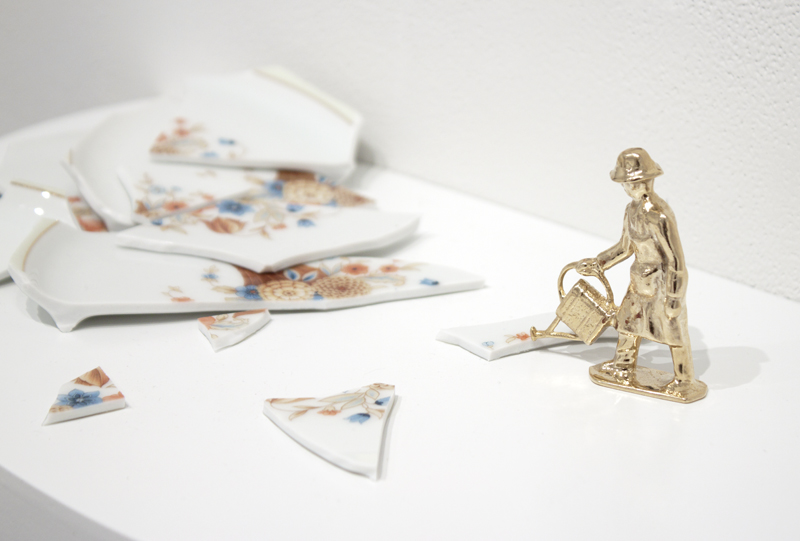 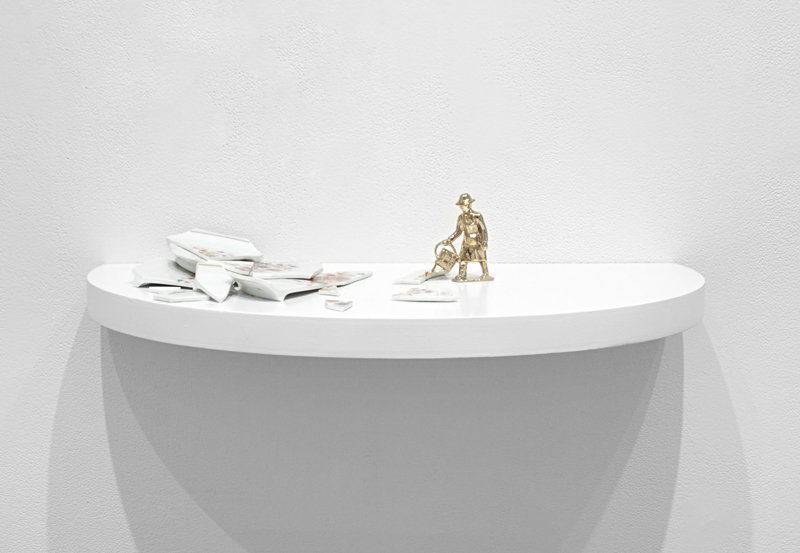 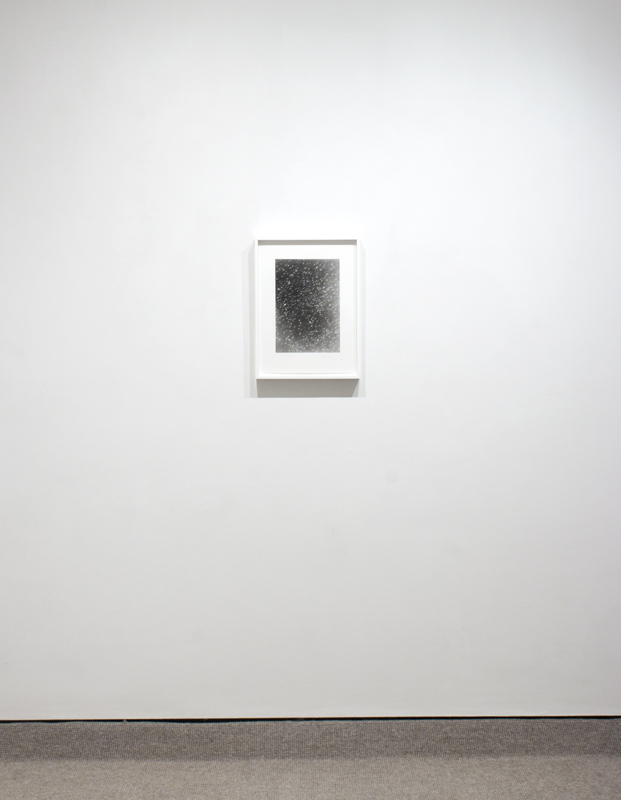 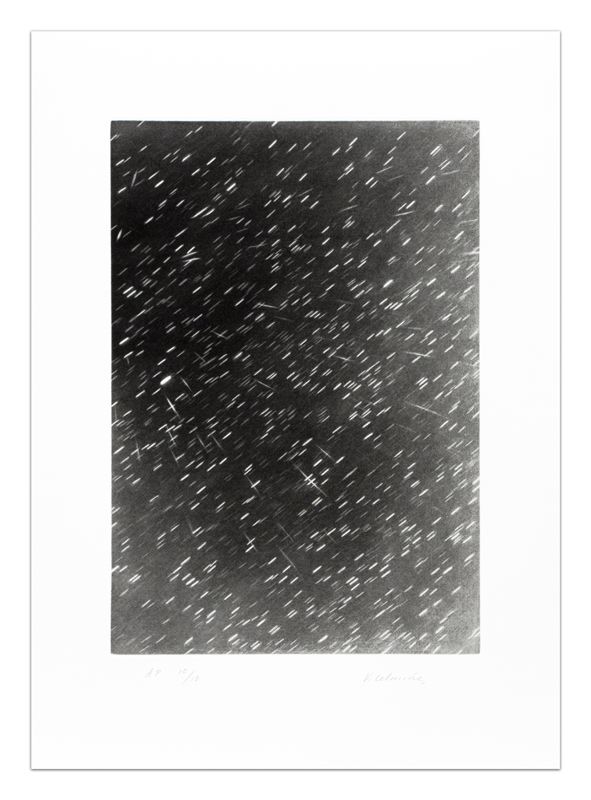