Robert Rauschenberg’s 1964 “Mark” has images of events of the era combined in every way possible from layered upside-down and with gesture, to clean and frontal.  The piece is both about a specific moment in time, yet also a series of moments of human events that make up time.

Mel Bochner’s “HA” is aggressive when read one way, amazed when read another way and mesmerizing when both of these interpretations are understood and the physical work is examined as a collage of smaller pieces of handmade paper pulp creating a subtle statement about the bigger and smaller ‘picture’.

Liliana Porter’s assembled painting consists of several miniature figurines from model kits, a deck of cards with the imagery of a quaint farm in Minnesota repeated on each card, white paint that serves as adhesive, pictorial terrain, painterly ground and expressionist gesture, along with graphite lines that serve formally and narratively to connect the elements.  “Untitled (with Travelers)” present viewers with the humor of childhood play, a panorama going back in time via the cards, and a vastness that can create excitement, fear, ambivalence or a sense of dauntingness, all within a 48 x 60 inch canvas.

Julian Opie’s work, a group of six objects, all with specific yet generalized lines defining images of contemporary urban people walking presents these ‘people’ as both three-dimensional yet merely so by making their contours extend in space.  The outlines of the images of people are what is used to bring these images back into the world in which the subjects were seen walking.  By placing six these elements together, Opie has created a seemingly life-like scenario of people walking, yet they are flat (but 3D), individuals (yet anonymous), well described (but black and white).  How much is any one of these ‘people’ actually an individual person is, by now, an age-old question but by putting them in miniature scale, the artist has allowed that question, instead of being an incapacitating one, to be one of the celebration of life.

Liliana Porter Untitled (with Travelers) 2011 Acrylic and assemblage on canvas 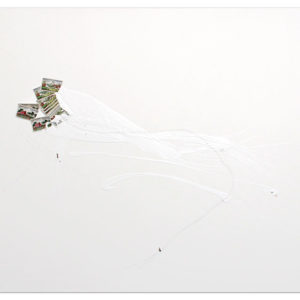 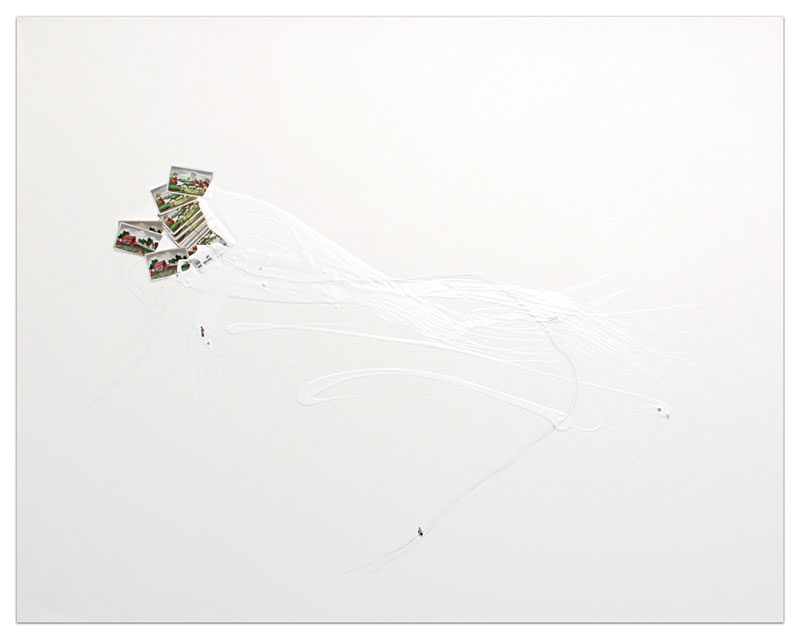 Liliana Porter Untitled (with Travelers) 2011 Acrylic and assemblage on canvas 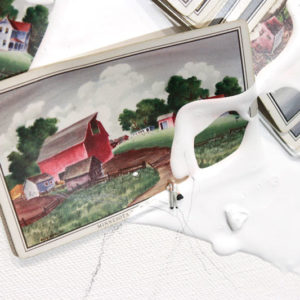 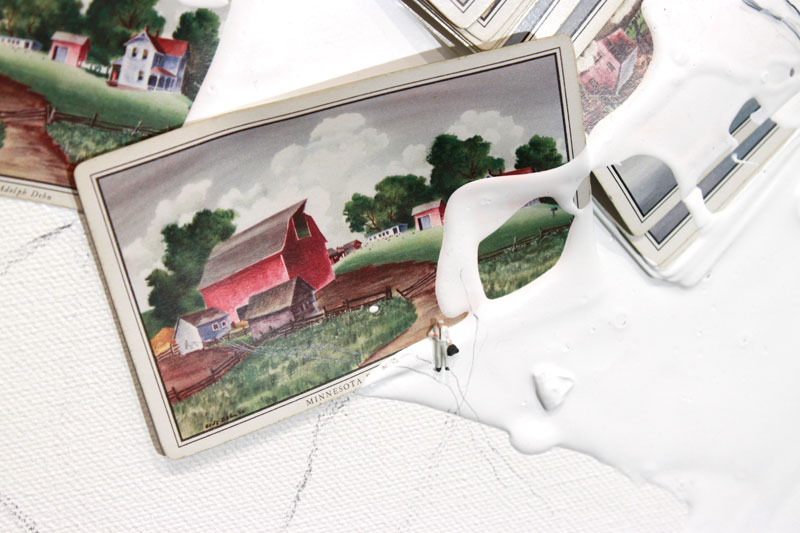 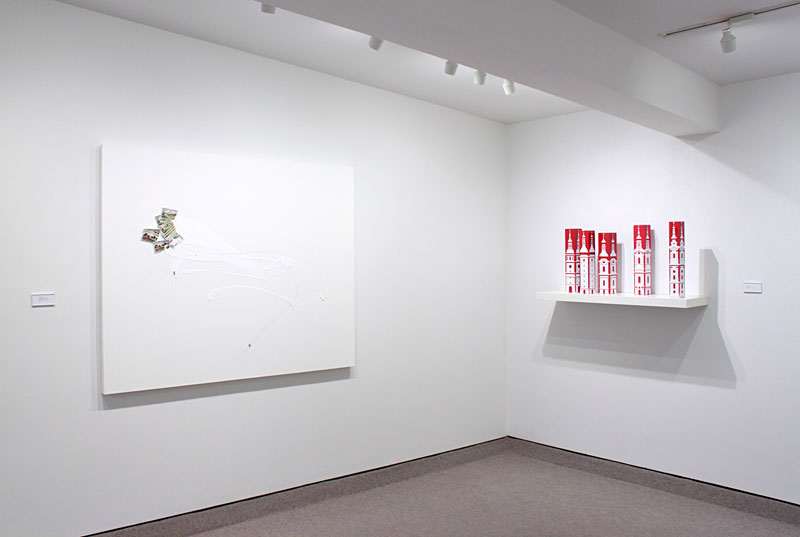 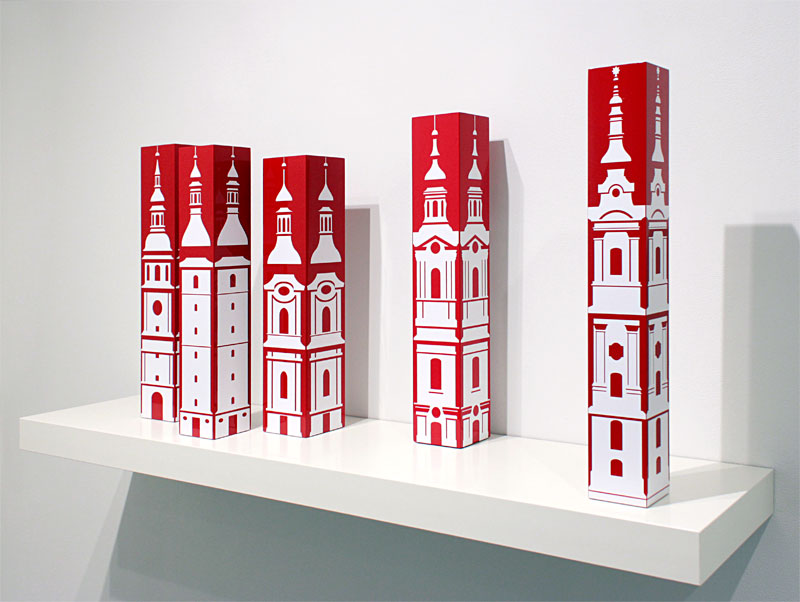 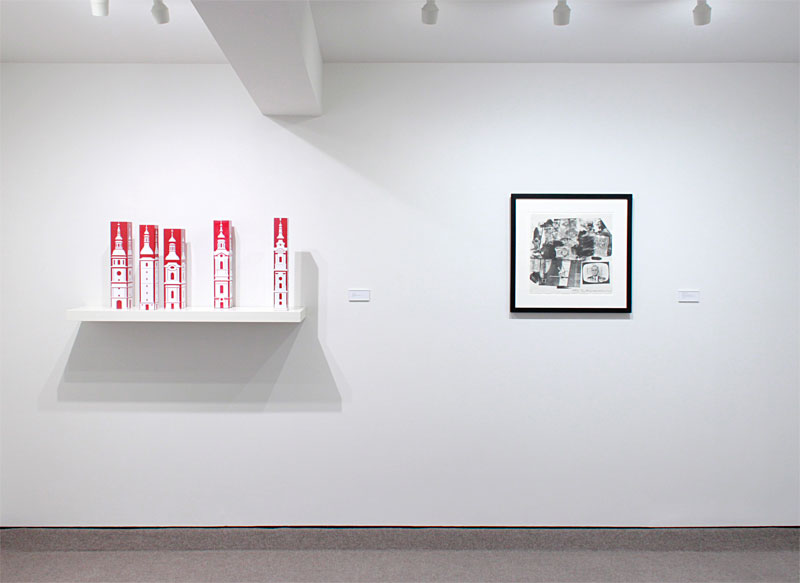 Walking in the city

Julian Opie Walking in the city, 2012 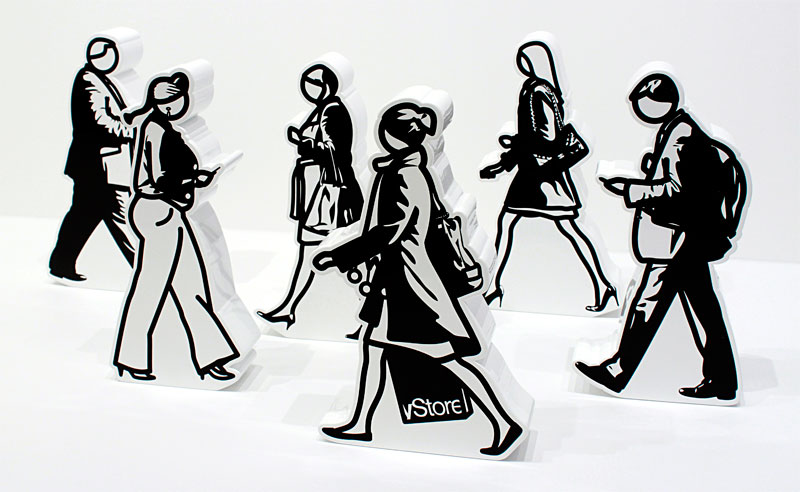 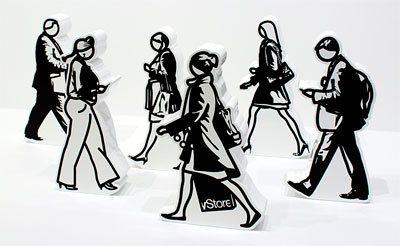 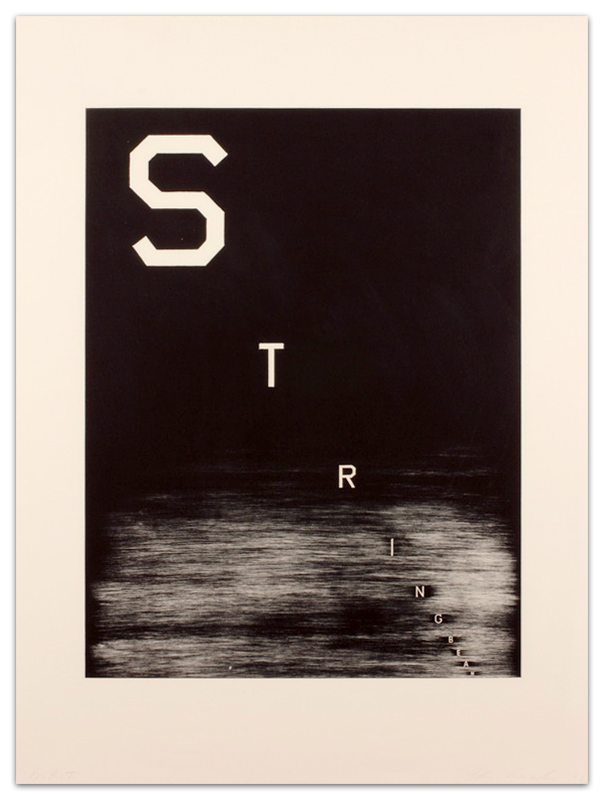 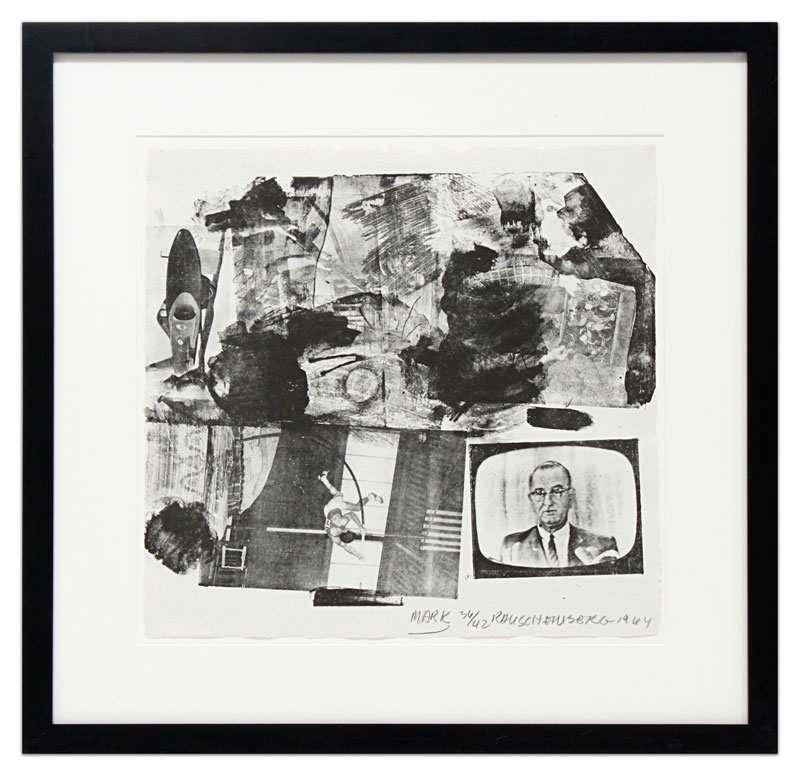 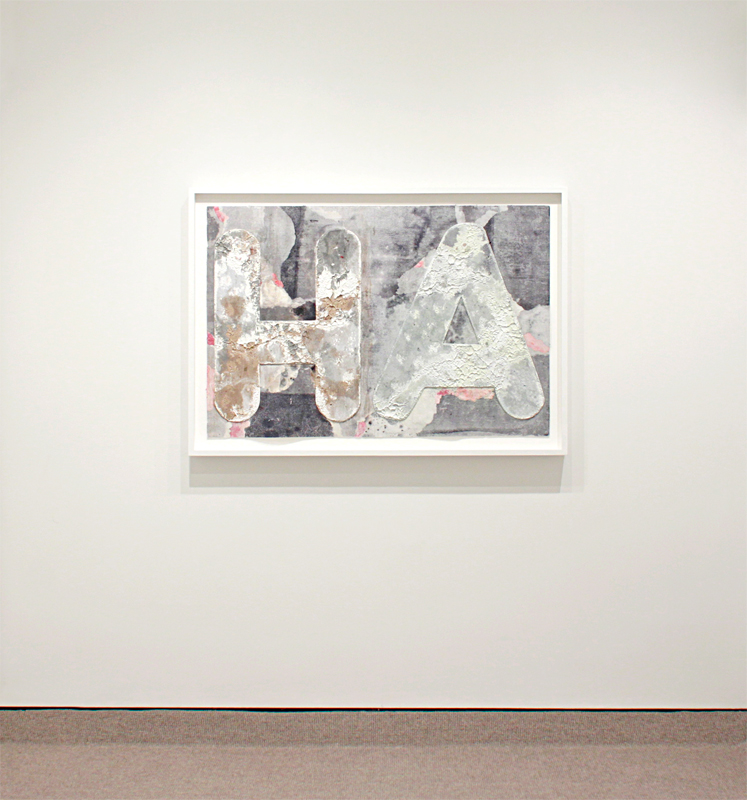 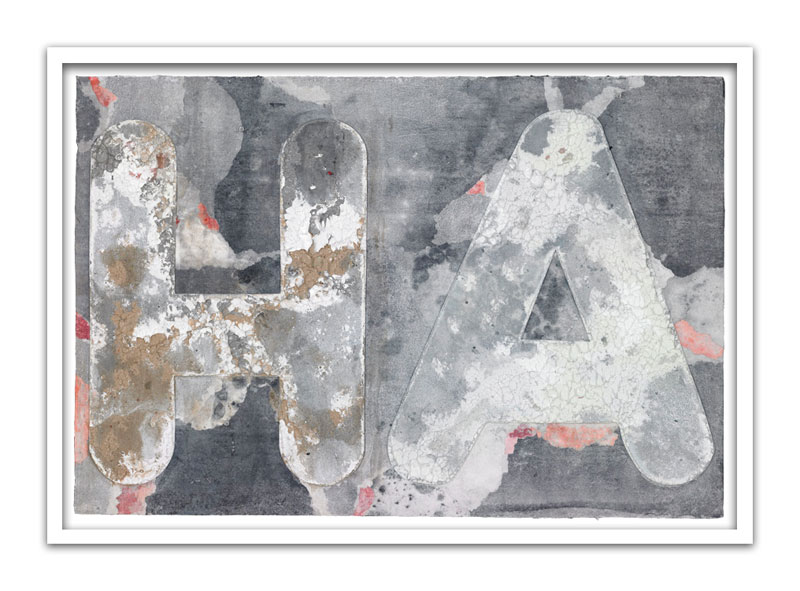 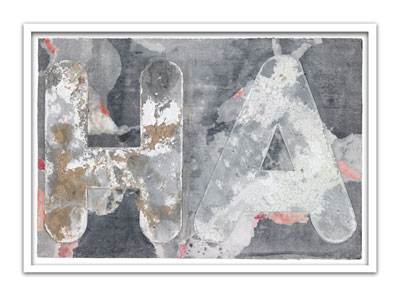