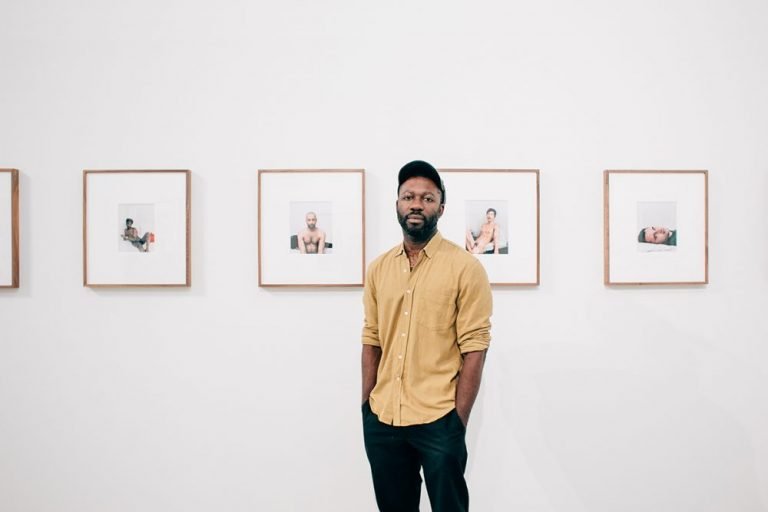 Known for his complex, multi-layered works that incorporate and reference historical as well as contemporary ideas around photographic representation, Paul Mpagi Sepuya’s photographs hover ambiguously between recognizable and abstract imagery. Most of the photographs are ostensibly portraits, and Sepuya mobilizes the vast history of that tradition, yet, simultaneously challenges the viewer to identify exactly what or whom they are perceiving.

Paul Mpagi Sepuya (b. 1982, San Bernardino, CA) is a Los Angeles-based artist working in photography. His work is in the collections of The Museum of Modern Art, the Whitney and Guggenheim Museums, The Studio Museum in Harlem, The Getty Museum and MOCA Los Angeles, among others. His work has been reviewed in the New Yorker, the New York Times, Art in America, and he was featured on the cover of ARTFORUM’s March 2019 issue. Sepuya has been in recent exhibitions at the Whitney Museum, New York, Guggenheim Museum, New York, the Barbican Centre, London, the Getty Museum, Los Angeles. A survey of work from 2008 – 2018 was presented at CAM St. Louis and University of Houston Blaffer Art Museum, accompanied by a monograph published by CAM St. Louis and Aperture Foundation. He is Acting Associate Professor in Media Arts at the University of California San Diego.