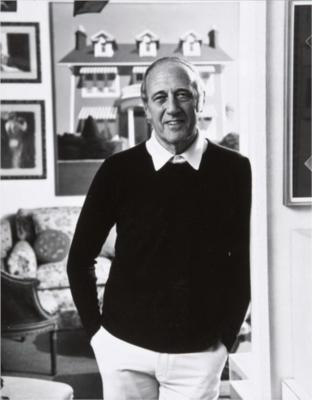 Robert Cottingham studied advertising and graphic design at Pratt Institute in New York from 1959 to 1963. Soon after graduating, he was employed as an art director at New York and Los Angeles advertising agencies, where he was involved with all aspects of design and production. Eager to advance his career as an artist, Cottingham eventually began to paint every day after work.

Even his earliest paintings were of the same style, character, and subject matter for which he is known: precisely rendered images of neon signs, architectural details, storefronts, and other elements of the American urban landscape. His first solo exhibition took place at the Molly Barnes Gallery in Los Angeles in 1968. He moved to London in 1972 and returned to the United States in 1976 after running out of photographsthe primary visual material he uses in his paintings. He considered his urban subjects purely American and would not consider a visual substitute.

Cottingham has taught at the Art Center College of Design in Los Angeles and the National Academy of Design in New York City. He now lives and works, paradoxically, on an eighteenth century farm in Newtown, Connecticut.