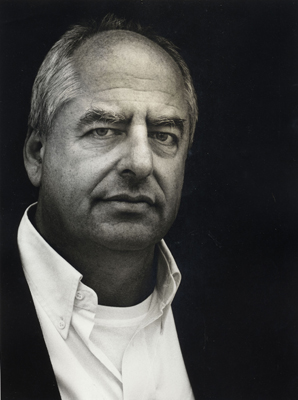 Born in 1955 in Johannesburg, William Kentridge attended the University of the Witwatersrand in Johannesburg from 1973 to 1976 and the Johannesburg Art Foundation from 1976 to 1978. Kentridge originally trained in painting and drawing, but he also studied mime and theater at the LÉcole Internationale de Théâtre Jacques Lecoq in Paris from 1981 to 1982. When he returned to South Africa in 1985, he worked as a props assistant on a television series. In 1985 he made his first animated film, Vetkoek/Fete Galante. He developed a method of filmmaking that he dubbed poor-mans animation, in which he photographed charcoal drawings and collages as he gradually adjusted them, as in the early films Johannesburg, 2nd Greatest City After Paris (1989) and Monument (1990).

Through the 1990s, Kentridge maintained a thoroughly multimedia practice, producing and often combining drawings, films, and theater. Since 1992 he has collaborated with the Handspring Puppet Company, presenting both puppets and their manipulators onstage during performances. Much of his work has been politically motivated. He produced posters, drawings, and theater pieces in opposition to the South African apartheid regime through the late 1970s and 1980s, and in the partially animated performances Ubu Tells the Truth (1997) and Ubu and the Truth Commission (1997), produced with Jane Taylor and Handspring, he addressed the ongoing Truth and Reconciliation Commission using themes from Alfred Jarrys dark play Ubu Roi (1869). A series of films including Mine (1991) and Stereoscope (199899) have incorporated recurring characters such as Soho, an unfeeling capitalist, and Felix, a dazed dreamer, to comment on the ambiguity of the South African present. In Zeno at 4 am (2001), the artist crafted an operetta based on Italo Svevos 1923 novel Confessions of Zeno, mixing shadow puppetry, film, music, and theater. Soho appeared again in Tide Table (200304), a discussion of the AIDS crisis in South Africa. In his series of tapestries (200107), Kentridge depicts a suite of complex silhouettes sewn in dyed mohair trekking across maps from nineteenth-century atlases, which highlight his long-standing interest in projections and shadow puppets. The artist also recently directed a production of Mozarts Die Zauberflöte (The Magic Flute), which premiered in April 2005 at the Théâtre Royal de la Monnaie in Brussels and continued on to venues in France, Italy, Israel, the United States, and South Africa (200507).

Kentridge has exhibited widely since 1981. He has had solo exhibitions at the Museum of Modern Art in New York (1999), Hirshhorn Museum and Sculpture Garden in Washington, D.C. (2001), the New Museum of Contemporary Art in New York (2001), Centre Georges Pompidou in Paris (2002), Castello di Rivoli in Italy (2004), Metropolitan Museum of Art in New York (2004), Deutche Guggenheim in Berlin (2005), Museum of Modern Art in New York (2006), Moderna Museet in Stockholm (2007), Philadelphia Museum of Art (2008), among other venues. A major survery of Kentridges work was organized by the San Francisco Museum of Modern Art in 2008 and traveled to the Norton Museum of Art (2008) and the Museum of Modern Art, New York (2010). He has also participated in many group exhibitions, including the Venice Biennale (1993 and 2005), Istanbul Biennial (1995), Biennale of Sydney (1996), Documenta 6 and 11 (1997 and 2002), Bienal de São Paulo (1998), Carnegie International (1999), Shanghai Biennale (2000), and Auckland Triennial (2004). In addition, he has appeared in many international film festivals, among them the New Zealand Film Festival and the Internationales Trickfilm Festival Stuttgart (both 2000). He has received many awards for his work, including the Blue Ribbon Award at the American Film Festival in New York (1985), the Carnegie Prize at the Carnegie International (2000), the Sharjah Biennial Prize (2003), and the Kaiserring prize from the Mönchehaus-Museum für Moderne Kunst in Goslar, Germany (2003). He lives and works in Johannesburg.