Defining space is a challenge. Is one referring to the outer space of galaxies far far away, the inner space of ones own thoughts and emotions, the space being the distance between the screen you are reading this on and where your eyes are, or in the 21st century, the relatively new cyber-space through which these words were transmitted? The five artists in this show have taken the questions of representation and space and have gone different routes that share visual affinities.

In 1958, John Cage composed Fontana Mix, a work for magnetic tape that requires reading a score to manipulate the 17 minutes of recorded sound.  The score consists of sheets of paper and transparencies.  Drawings of differentiated (as to thickness and texture) curved lines are on the sheets of paper.  Most of the transparencies have randomly distributed dots, one transparency has a grid and one has a straight line.  When they are all overlayed (in a chance-derived way), a performer reads this score by examining the horizontal and vertical  intersections of the straight line with the grid and the curved line so as to see a time-bracket along with an understanding of actions to be made.  From the outside, this certainly is a convoluted and dense process, but if one steps back from the specifics and recognizes the ethos behind it – one can admire the experimental nature of the composition, score and even performance and/or recording of the work.  Seeing that Cages approach was one of looking at many possibilities as equal, it is only consistent that he would take the elements of the score and make a version to view, thus twenty three years after composing the piece, Cage revisited the score, enlarging it so as, this time, to make a work for an audience to view, not just to hear.

Lastly, Barbara Broughels Broken Bubbles, from 2012, examines the history of abstraction in one of its possible birthplaces (circa 1700s Northern Europe) through the depiction, not only of a period-related subject – bubbles – but of the process and materials of rendering (Broughel used pigments and wood that would have been used at that time). What is unconventional, or even radical for the period (but appropriate for this exhibition) is the composition and the way it fractures the realism of the image through leaving the grid visible (thus it references the tool which allows for that realism).

The exhibition, Inner Space, aims to present visually compatible works that explore related but also discrete approaches to looking at the reasons and results of putting line, shape and color to a surface. 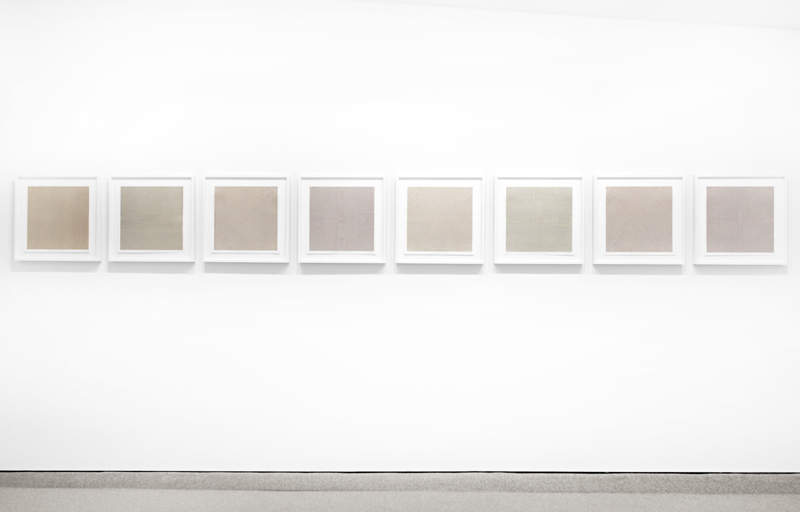 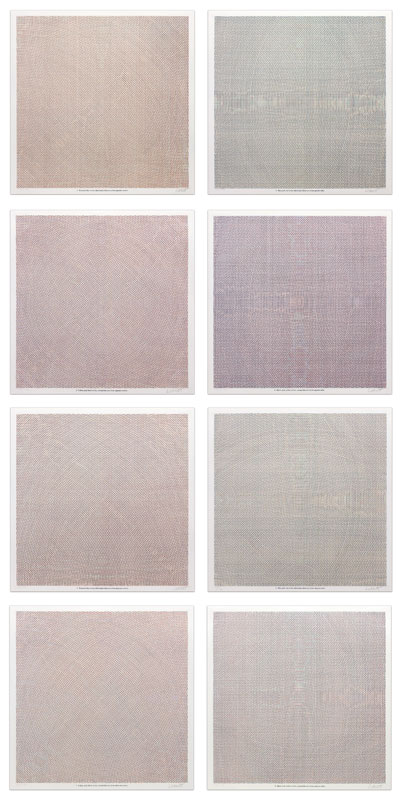 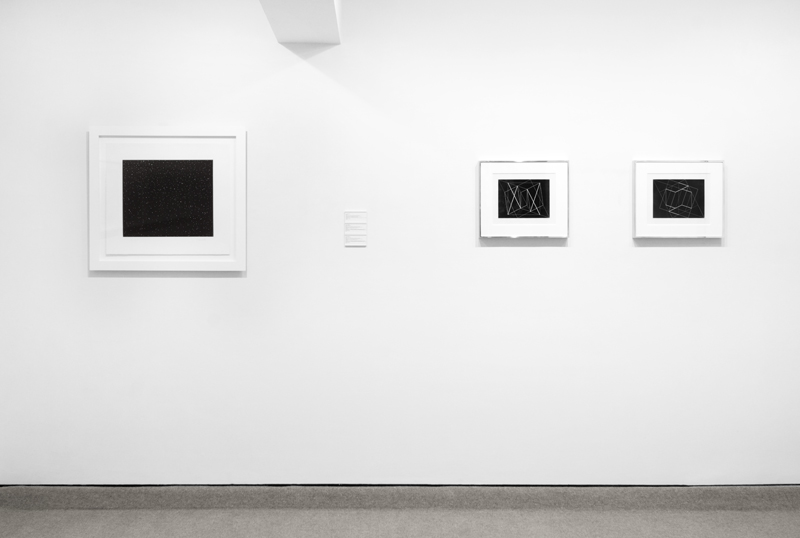 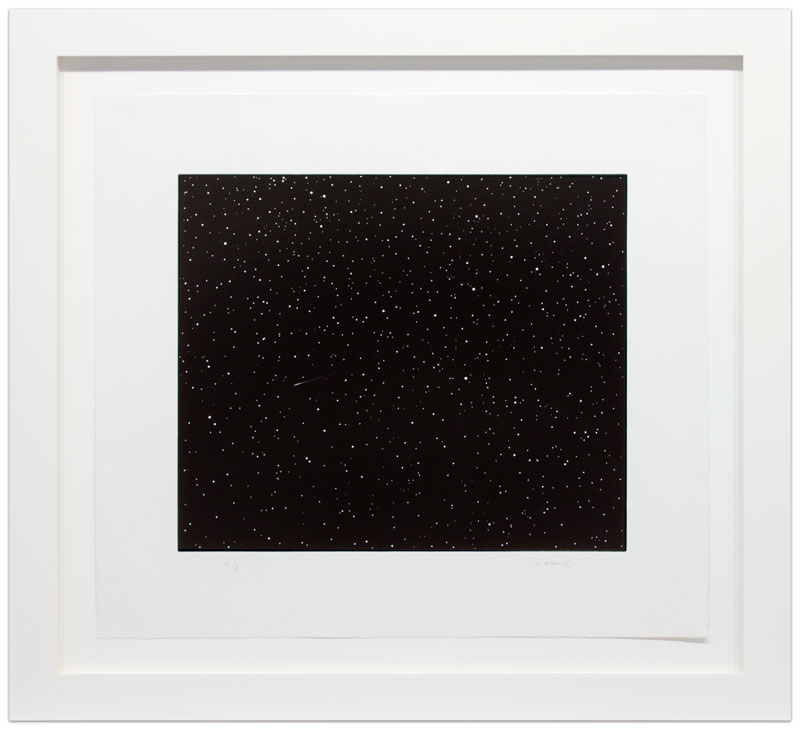 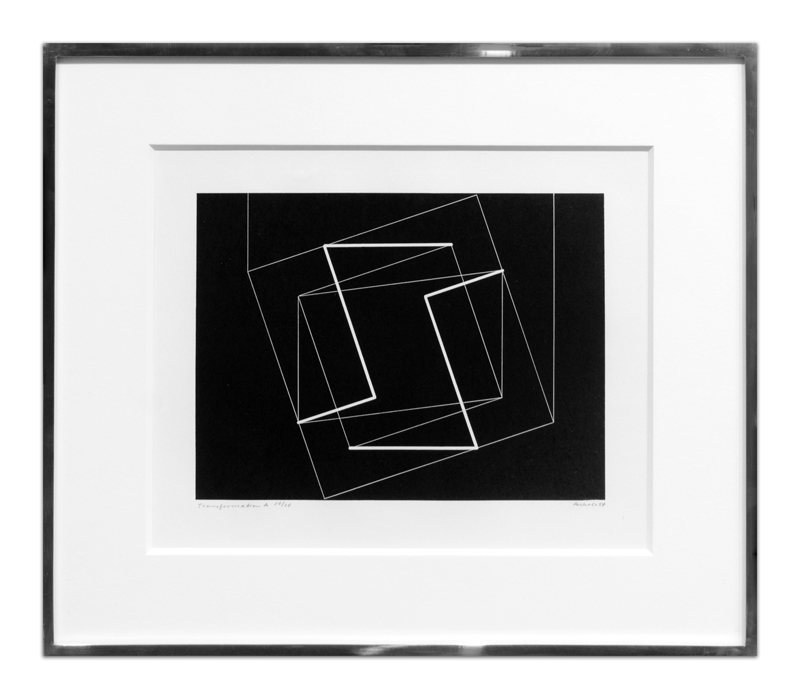 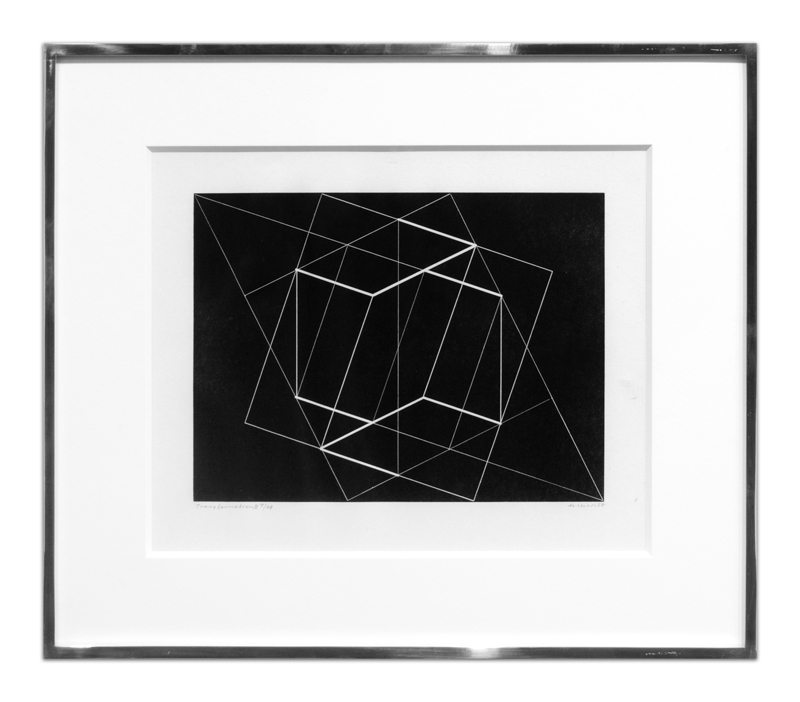 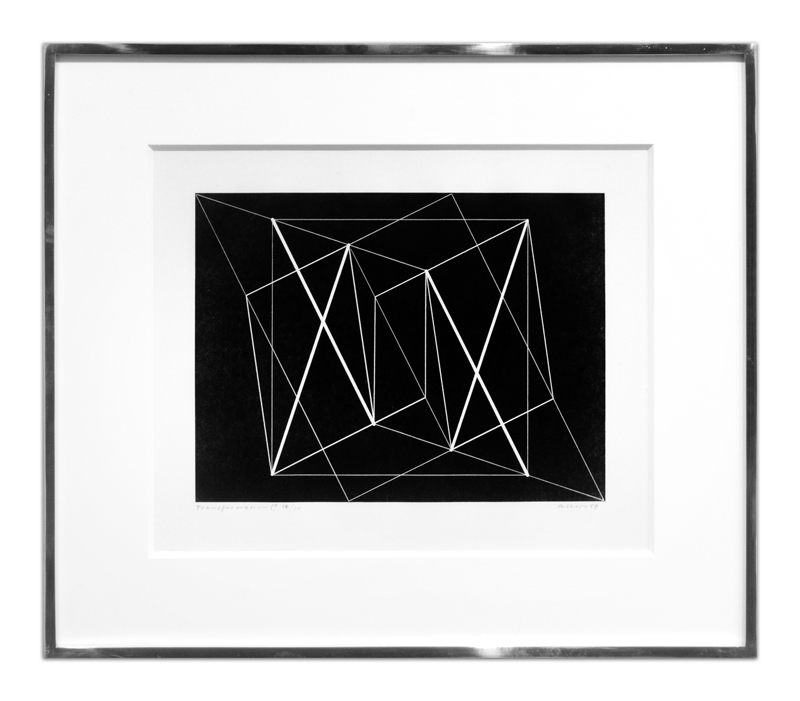 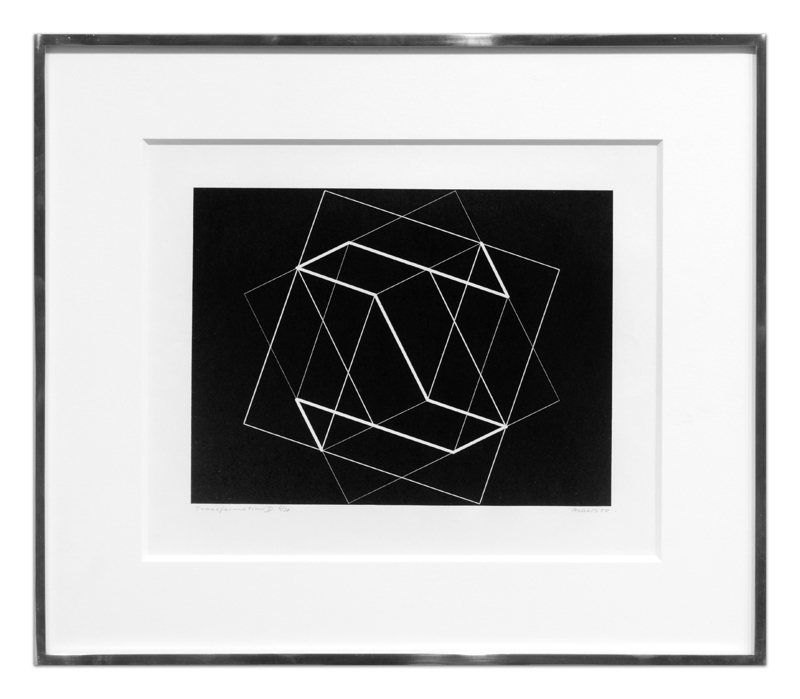 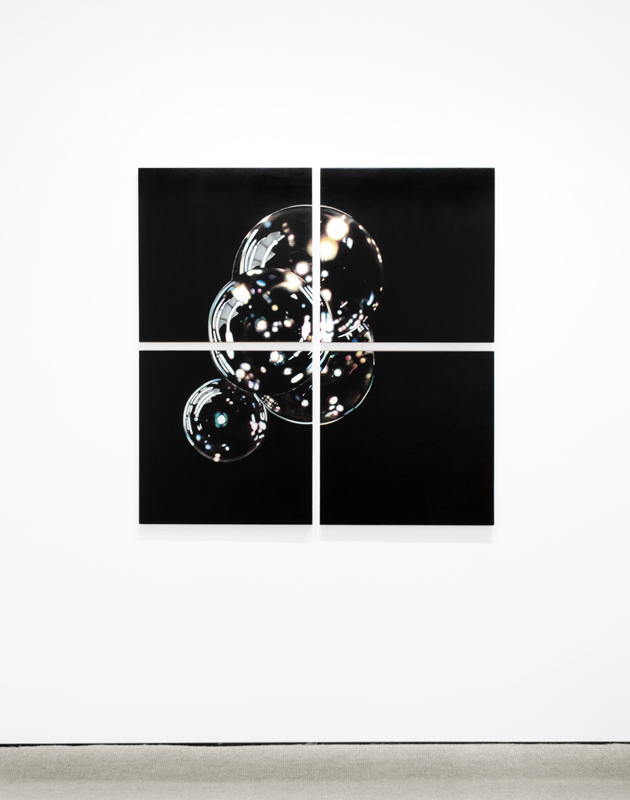 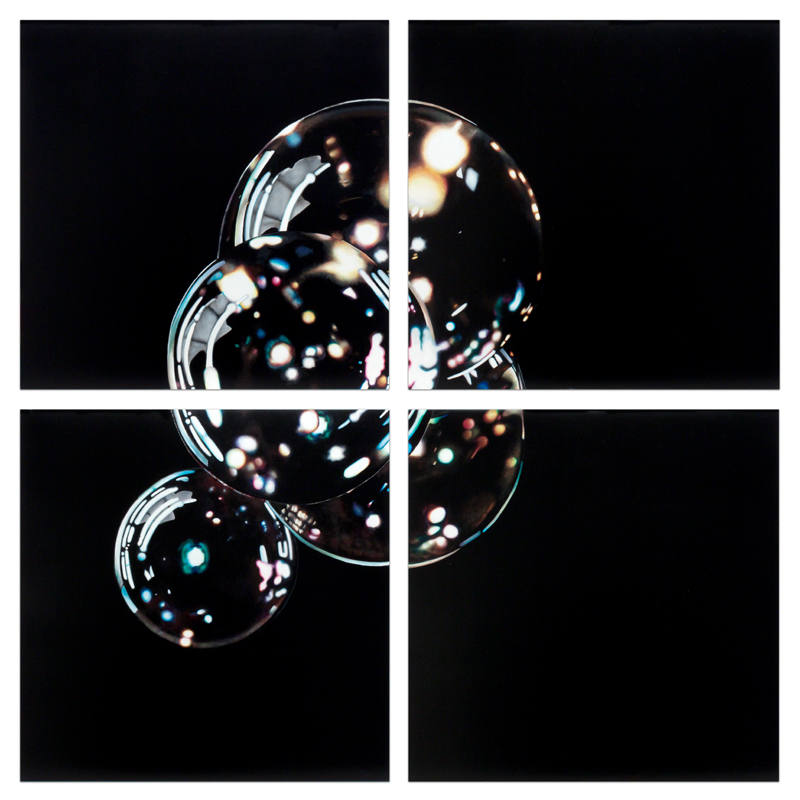 Cube Without a Cube 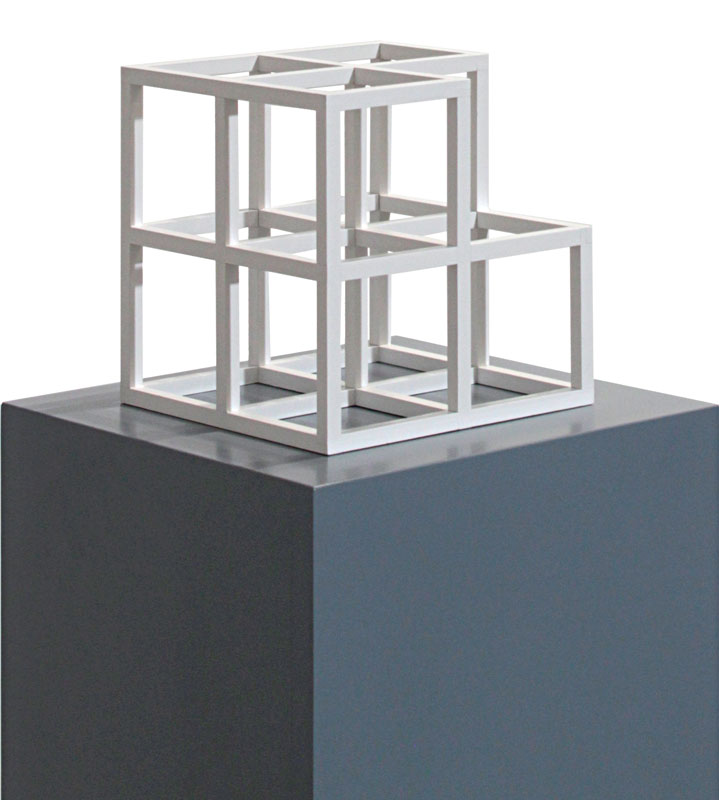 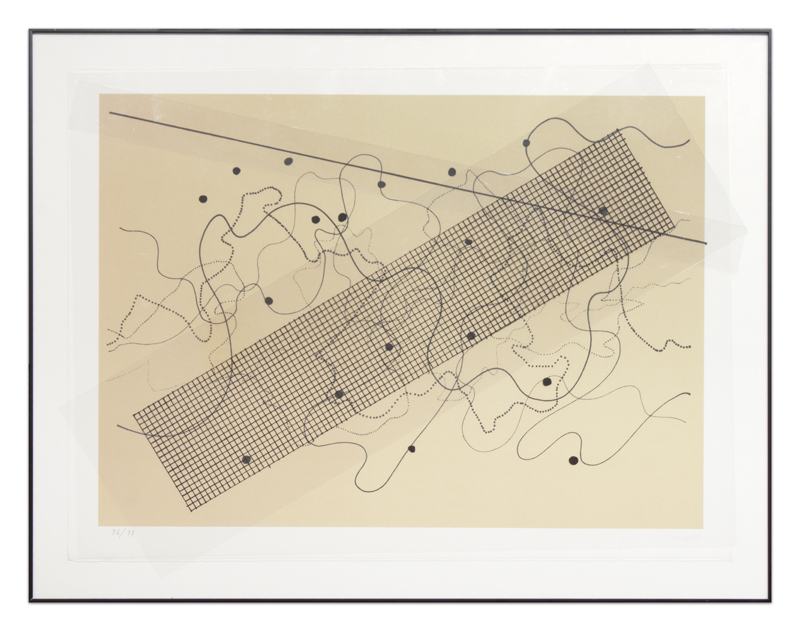