“Liliana Porter’s work approaches the literal space by using an aesthetic of bareness and austerity shaped over many years. Her works approach the obsessively literal, cautiously leaving behind the literary.  Porter does not call things by their names but she creates a space in which things are their own name. Everything is either object or word and based on this premise, she articulates a rhetoric and a poetry where language is a constant impossibility along with being mysterious and impenetrable.

In works from the late ’70s Porter explored the idea of writing with objects and/or drawings of objects, graciously separated by punctuation as if the images were a list, pure text presented to be visually devoured.  In more recent works, Porter insists on presenting animated objects, condensing the focus onto the specifics of the thing she literalizes, demanding ‘from here’, from this side of fiction, to continue the game of representation.  In this way, each one does what they need to do, or, what they did before being forever fixed on an image: designers design and sweepers sweep, accusers accuse, and a melancholic person gazes dismally at a spot on the wall.

Each thing is also a way of naming that which it is. By being presented and re-presented in a scenario, the figures acquire the density of a metaphor and become figures of language. Porter raises a rhetorical thought from the literal, a writing style often understood as literary.  Authors such as Borges and Carroll have informed her artistic practice, yet Porter’s works resist being a mere illustration of literary strategies used to prop up fiction.  Porter does, however, play with writings, with objects summoned in a space to the point of turning them into ideograms, with sign-scrawls traced on the wall by an idle person.

It is a writing that is a travesty and is merciless with its own scribe, who seems to be its clearest sign.  It is not reversible, but it is logical: cause and consequence, before and after are open elements now in the scene.  By opening up, they disarrange, they align or change places, discarding the tyrannical relationship that preceded them.  They also resist chaos.  They celebrate the mystery.” 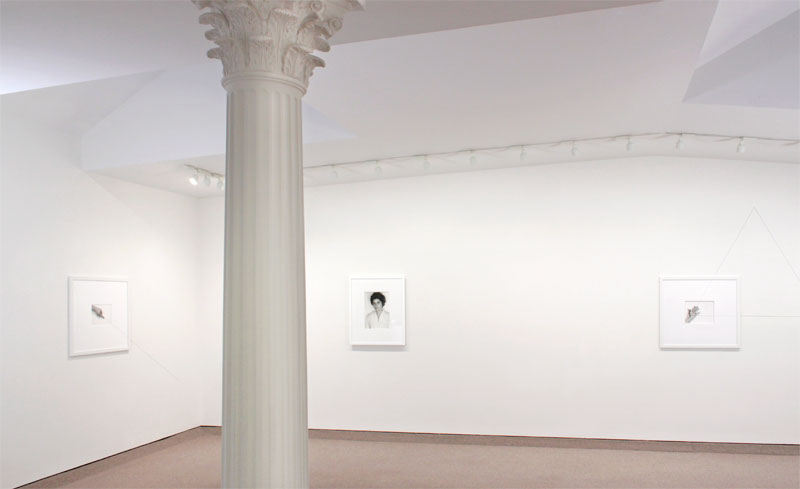 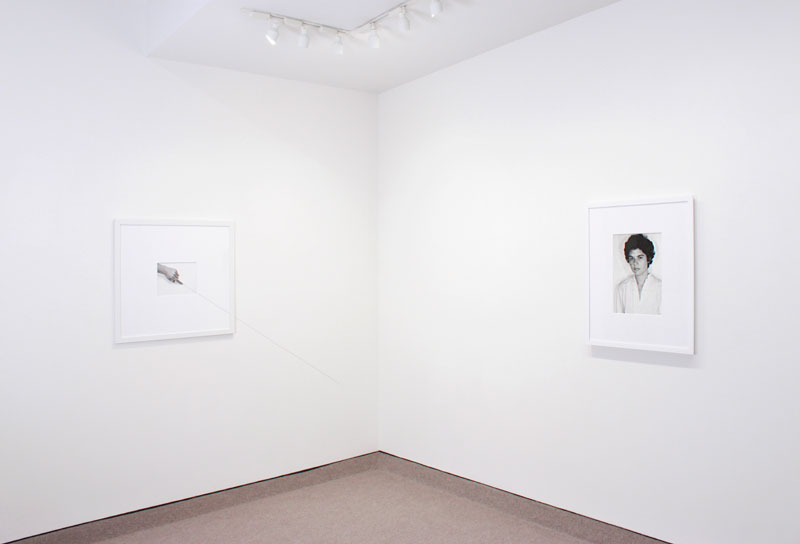 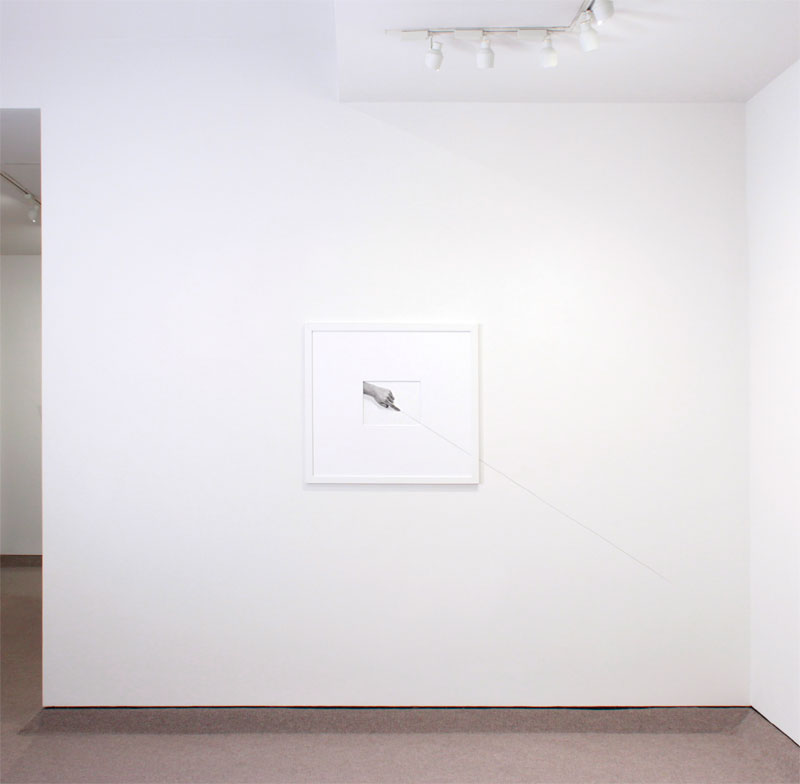 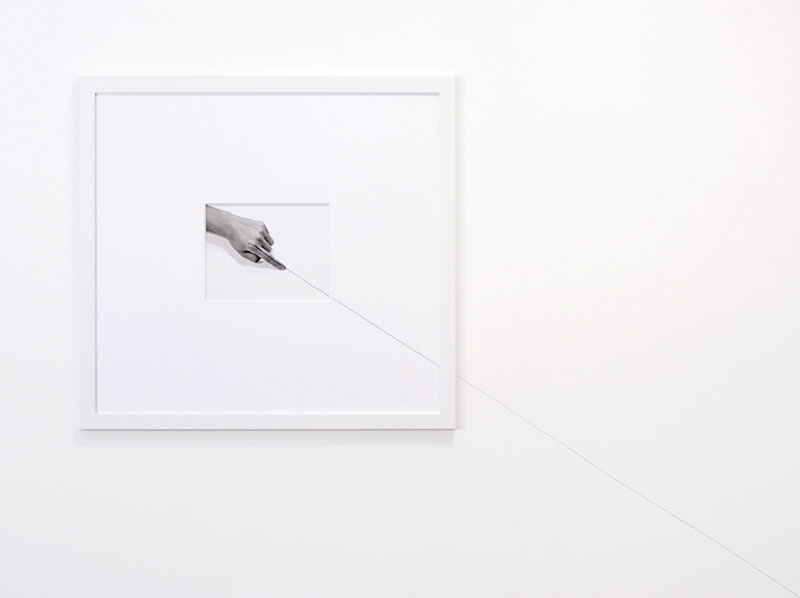 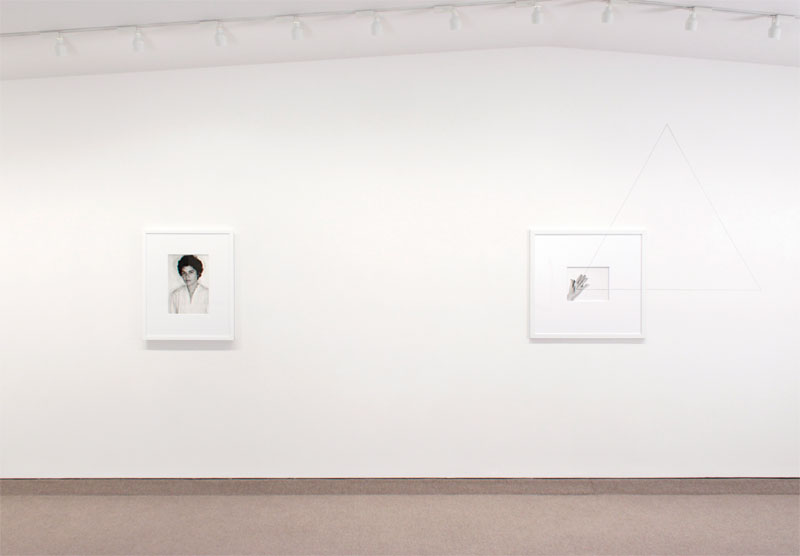 Untitled (Self portrait with square 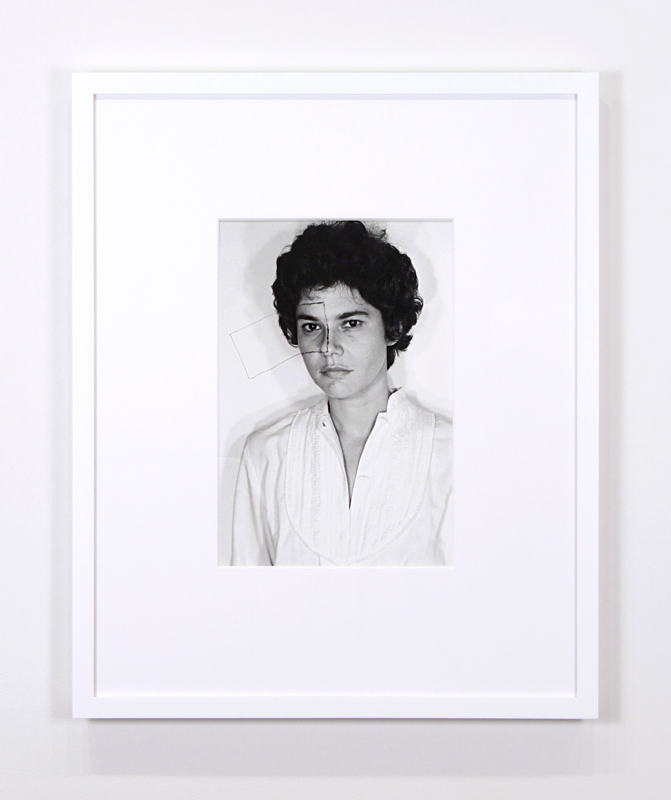 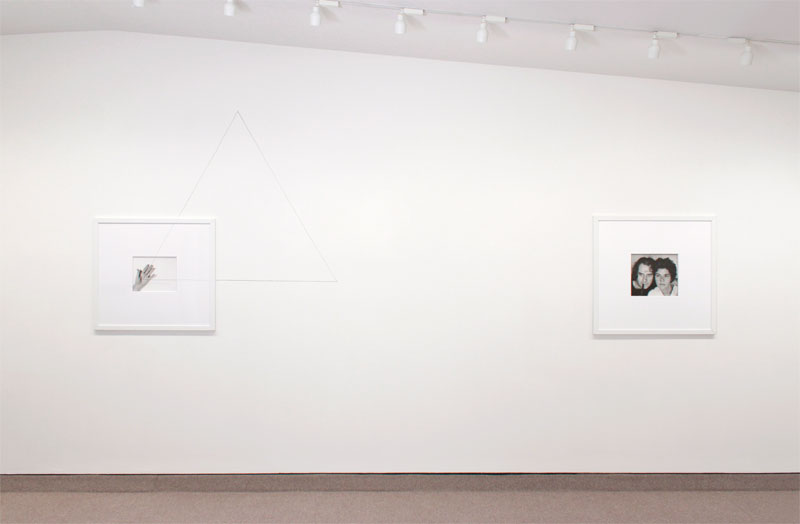 Untitled (triangle with one hand I left) 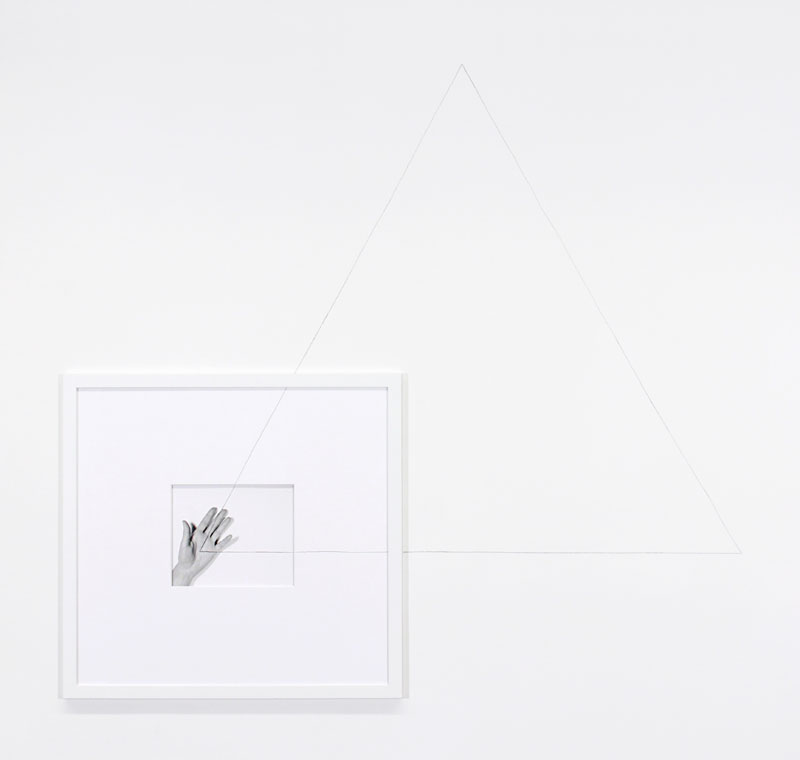 Untitled (Porter and Camnitzer with drawing) 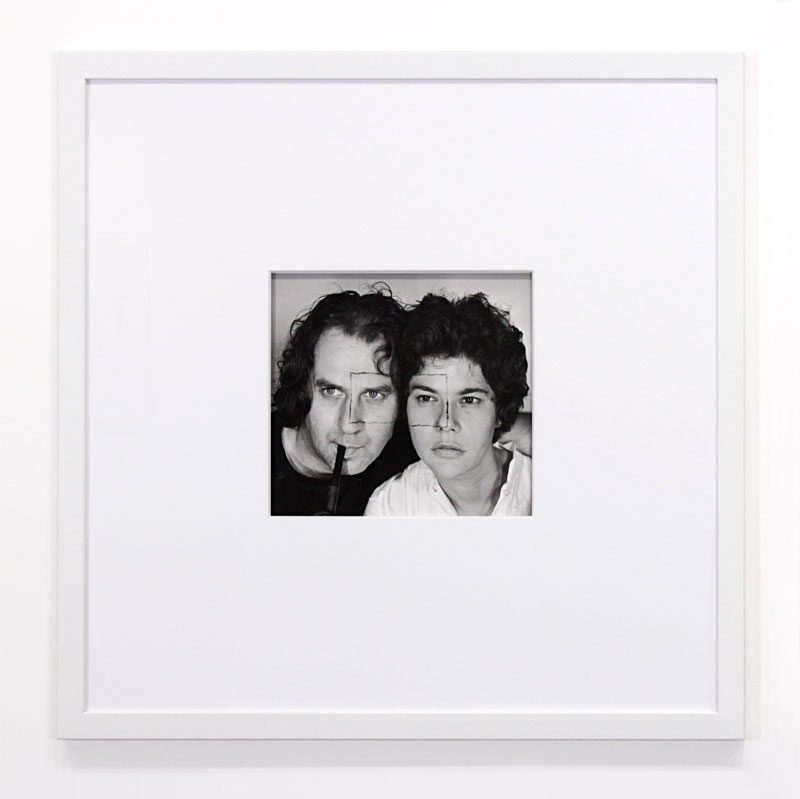 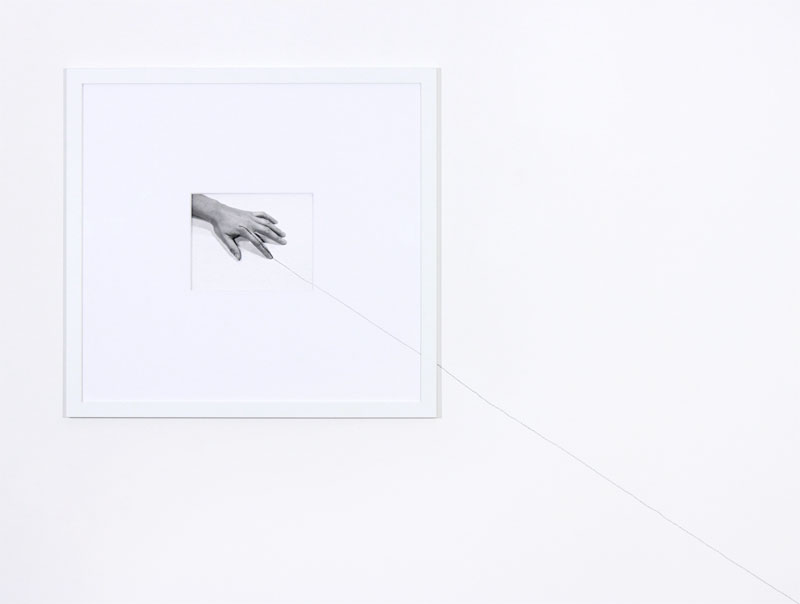 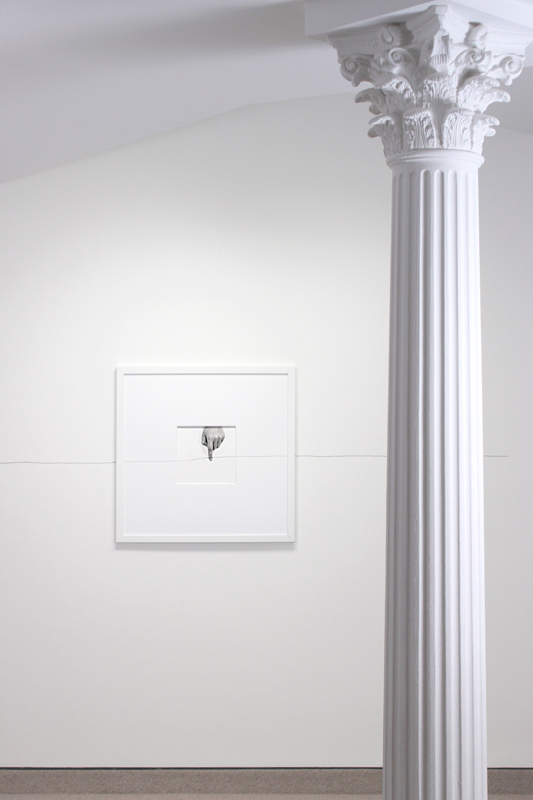 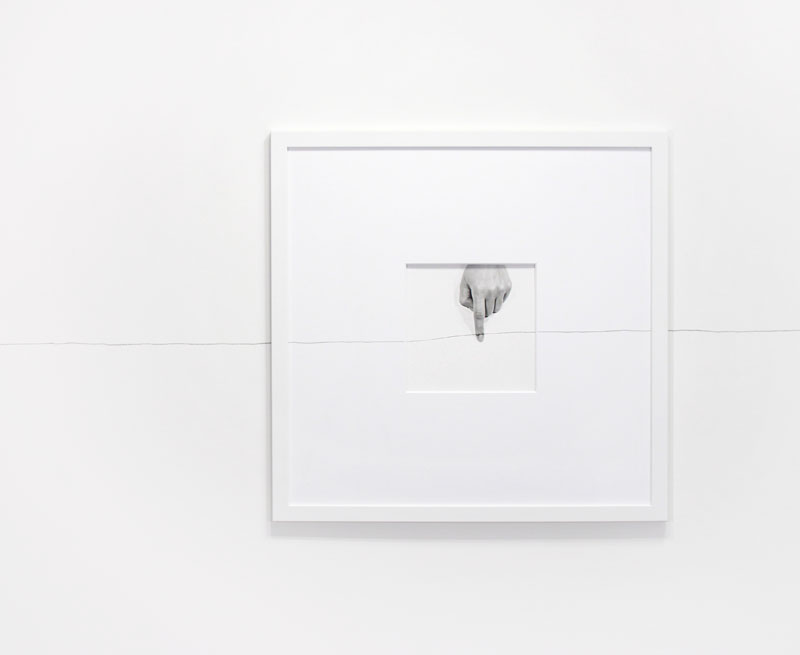 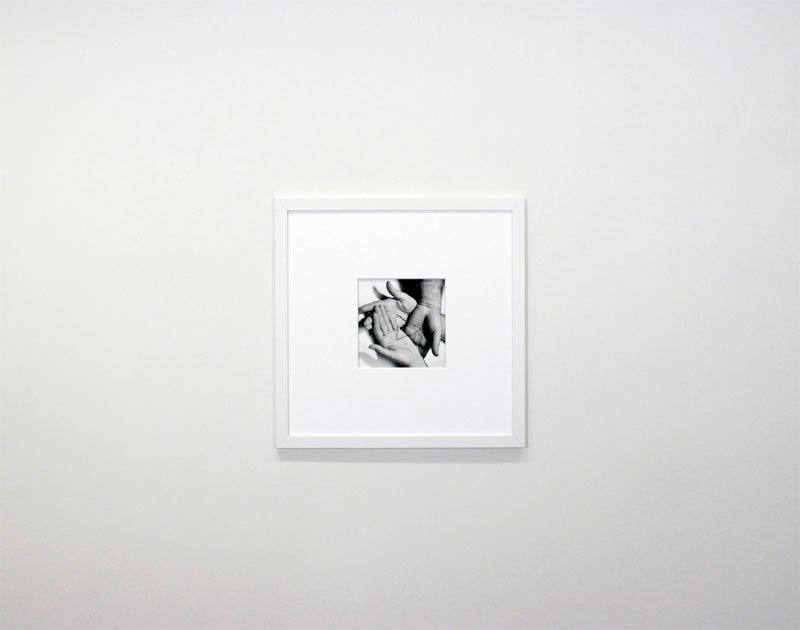 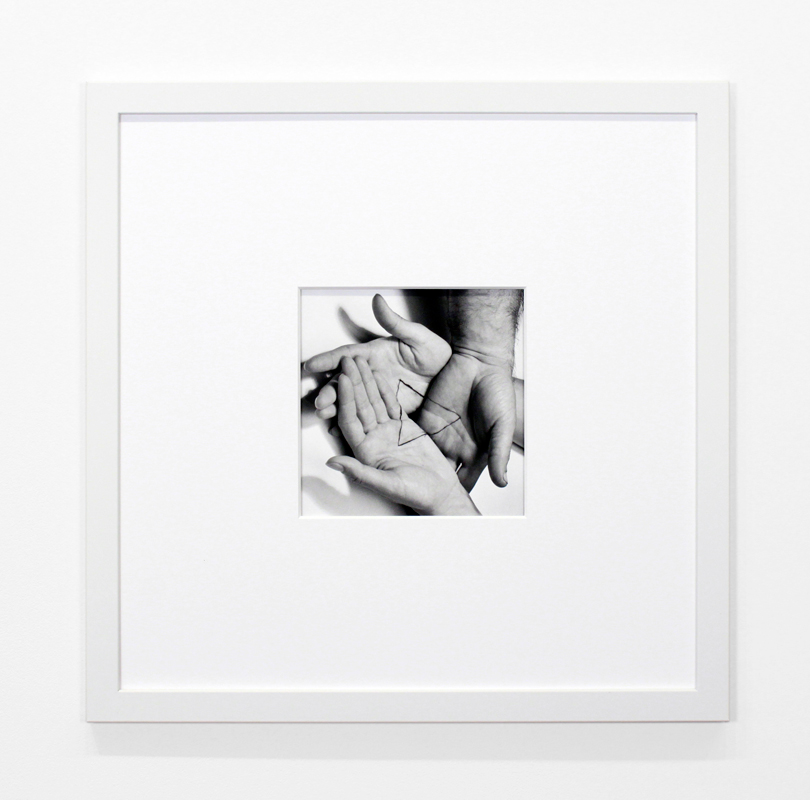