A gigantic, maternal-looking rabbit stares back at me, though this is certainly no bunny: a fearsome creature in fact, sinister, brooding, with a certain malicious reserve in its eye: as if it were summing up my weaknesses and considering how to exploit them. And floating through the vast space in front of this Mother of All Rabbits march cartoon-like Rabbit Men, with long Playboy Bunny ears, and goosestepping knees, so that they seem both allegories of fascist power and parodies of militarism. Theres something melancholy and determined and absurdly heroic about the progress of these Rabbit troops that remind me of ancient, grade B Italian movies, Sons of Hercules flicks, in which steroid-ripped beefcake subdues all kinds of thrilling monsters: dragons that creak and trundle and rattle across desert sands, fire-tongues roaring; or manyheaded serpents lumpily gallumphing down out of boulders to fight and die in hand-to-fang combat.

This sense of magical and apocalyptic bizarreness wells up from deep space inside all the paintings: its as if the painter had been shot into space the moment before a catastrophic explosion and these paintings are his record of the aftermath: vast flocks of spooked birds fly higher and higher among shattered beams and atomized debris; a blacked-out sun weeps cartoon tears in a sky full of plus and minus signs while Rabbit Men tread on spoked wheels; a headless cowboy on a headless runaway stallion soars across a grid of fading tallies, an image both poignant and demonic, the out of control body racing toward oblivion (the tallies have all the sadness of coming across a dead childs win-loss records of tic tac toe games, even as they number up, according to Mike, the American war dead in Iraq); or a series of headless cowboys and horses whose bodies, as if in slow motion, float through the air in mist and clouds shrouding their stampede above a bare-limbed No Mans Land; and among the most valedictory and melancholy and weirdly domestic images, ghostly centurious and togaed orators float in space above and below and all around the remains of a templeas if gravity had malfunctioned and the void was pulling everything into it. The orators raised hands look to be waving goodbye as well as holding up furled scrollssome terrible truth or indictment they are dramatically proclaiming to a breathless Senate? And how not to feel a certain tenderness toward the tiny centurions at the bottom of the painting, ambling along with a mildly distracted air, looking like the pregnant women I saw recently at the grocery store, vulnerable, formidable, as they headed toward the Exit of the check-out line: an Exit that looms down in the paintings depths where shades lie like dead leaves on top of one another, ghosts proliferating at the base of the ruined columns. And yet, despite the overall sombreness of the imagery and the predominance of blacks and grays, these paintings possess an intuitive, up out of nowhere, unworried, wholly spontaneous vitality that perhaps surprised the painter as much as the viewer. And so for me these paintings arent in the least bit downers, or even all that elegiac.

Theres something touchingly direct and sincere about the works phantasmagoria, both cartoonish and childlike. But stranger than that, and this is the greatness of these paintings, is how rock-solid, even objective the perceptions are. Its as if every technique that the painters masteredsumptuous, but subtle brushwork, monotype, stenciling, collagecollide and collaborate in ways that, to quote W. B. Yeats, carries us beyond feeling into the aboriginal ice. Of course, these paintings possess more humor and whimsy than Yeatss statement, but the artists treatment of his imagery is remarkably cool and distanced, the purged accuracy of his rendering all the more passionate for its precision. In a sense, these are visionary paintings, but not the paintings of a visionary no hambone hallucinations purveyed as ultimate truth. Instead, in their emotional remove and technical virtuosity, they make a visionary statement but without mystical mumbo-jumbo.

And underneath that emotional remove? Rather than commentary, what comes to mind is the image of that Great Mother Rabbitor what I take to be the Great Mother Rabbit: just what the hell is She thinking? Not about carrots, Ill bet…And what looks like the coming end of the world, or at least some grand final reckoning, what with all those Rabbit Men on the march, is this all part of Her great plan for us foolish furless mortals? Just look at Her hunched high in space, cold and imperious in the stalwart curve of her ears, and at the completely dignified and calm demeanor of Her kinds least dignified feature, its eternally snuffling nose. A rabbit as Queen of the Ghosts? Our own mortal darkness down below? The light of eternity a rabbit light? 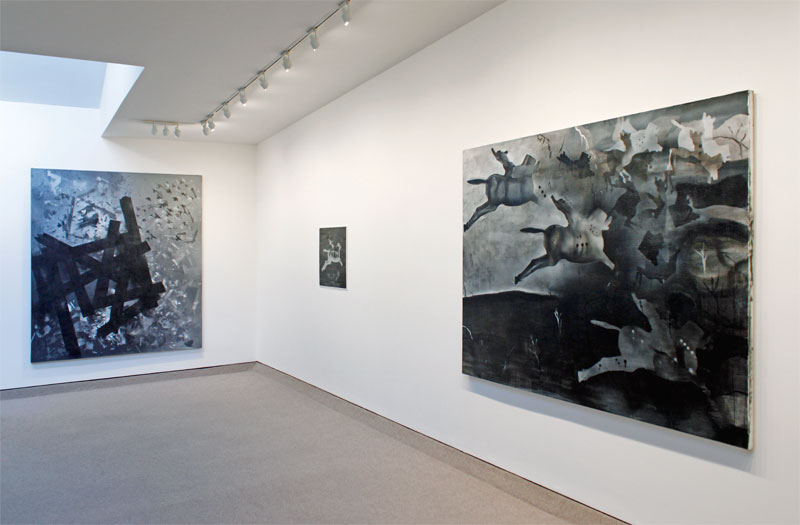 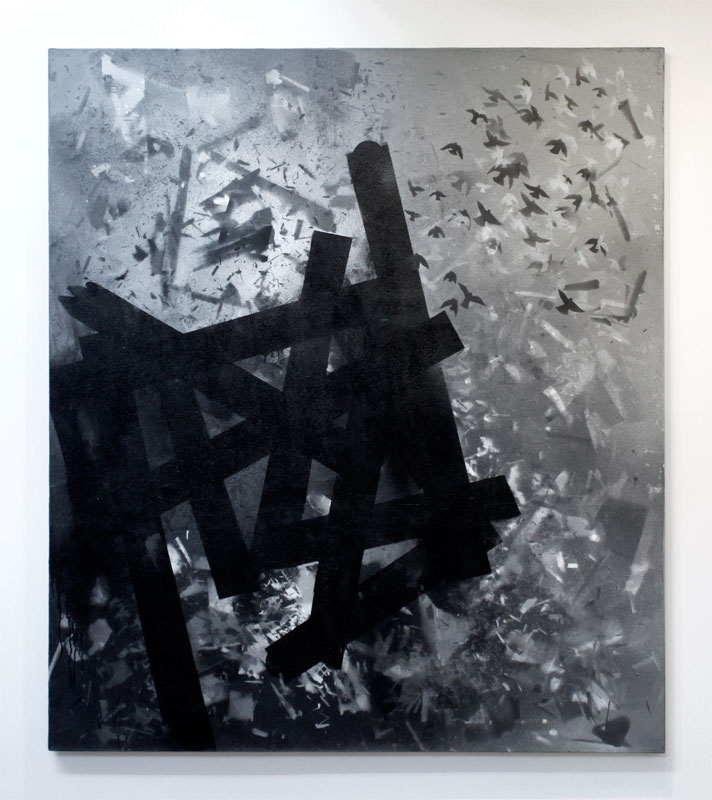 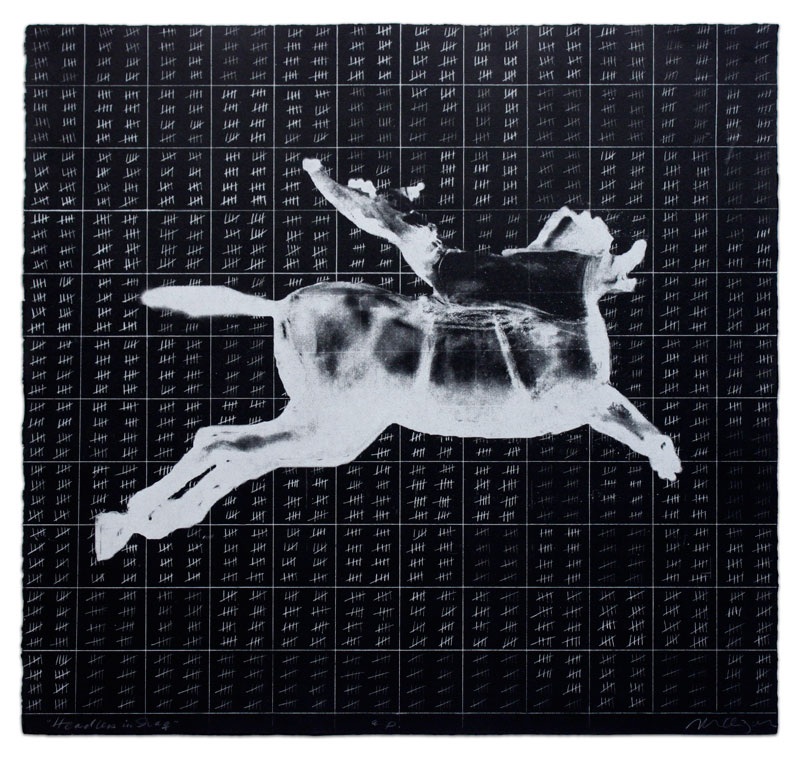 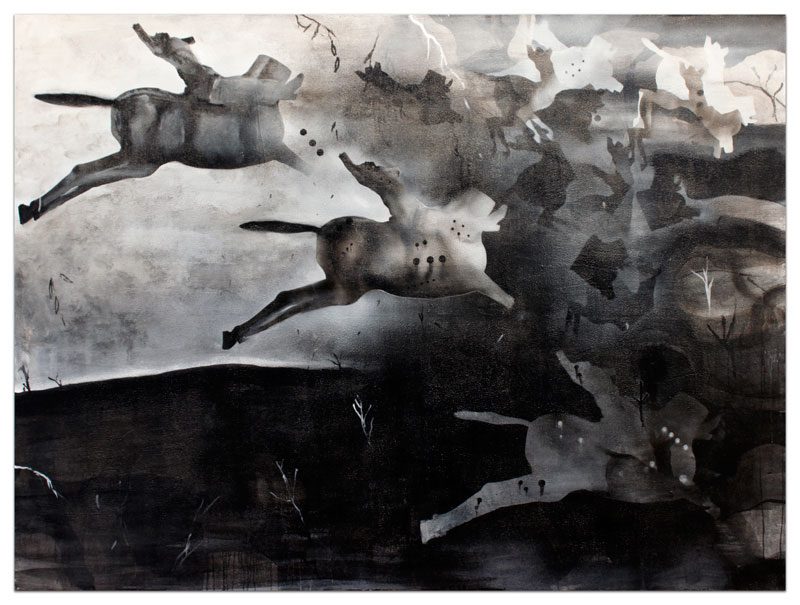 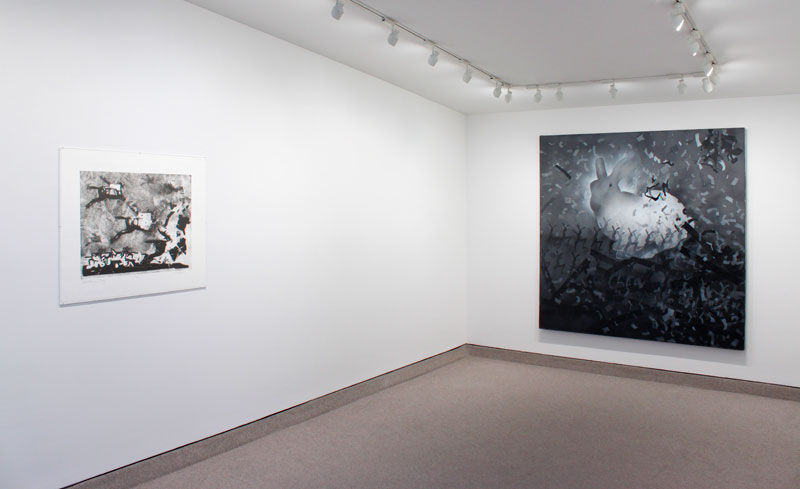 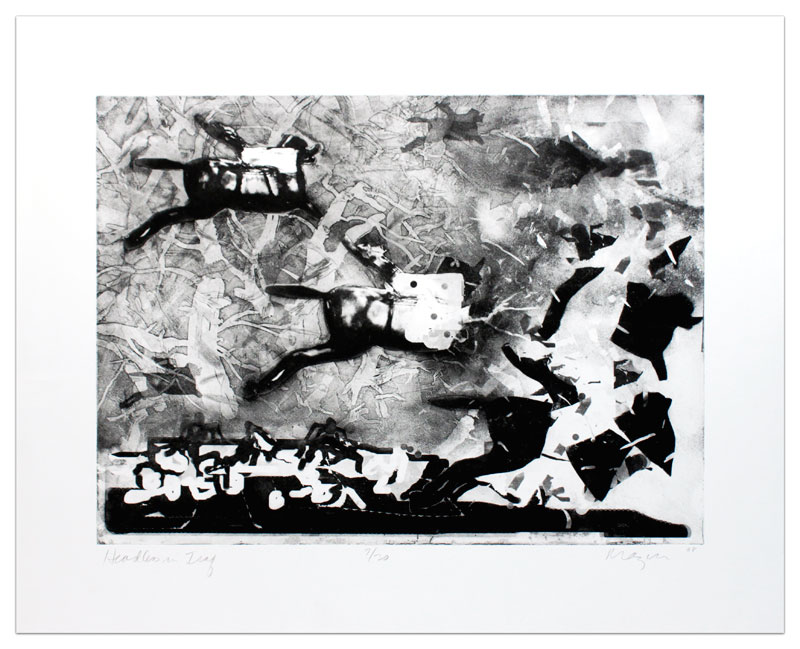 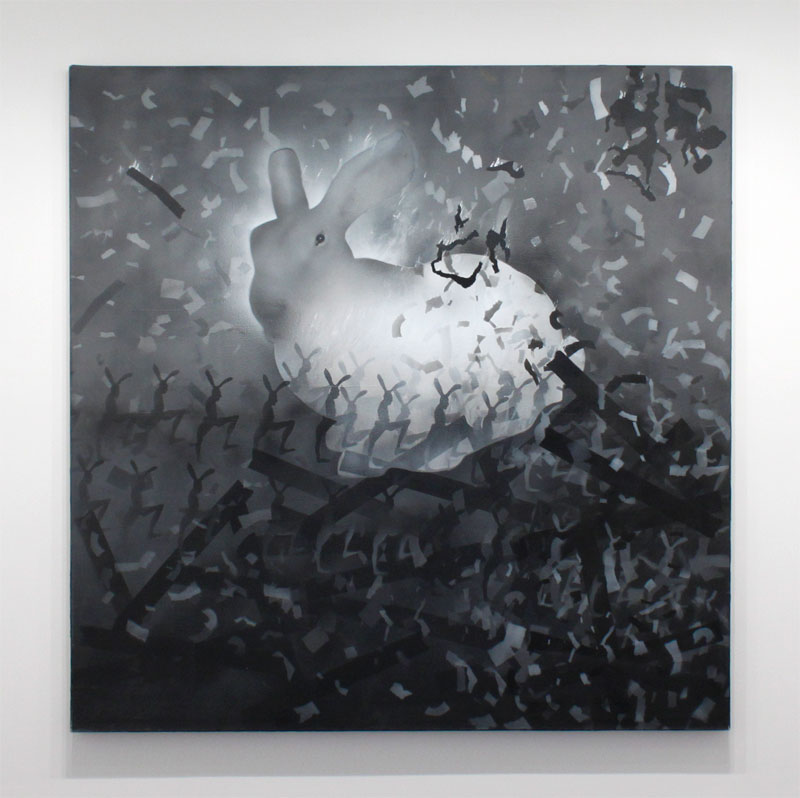 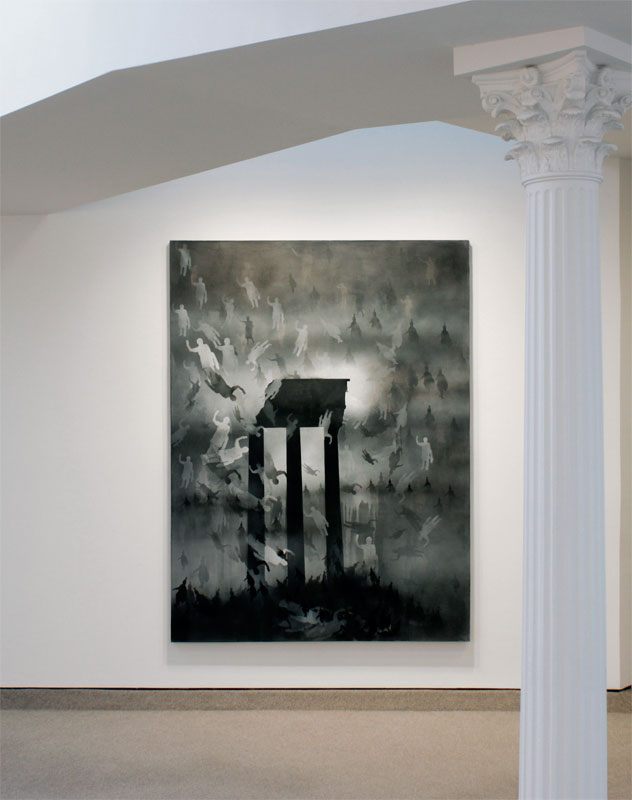 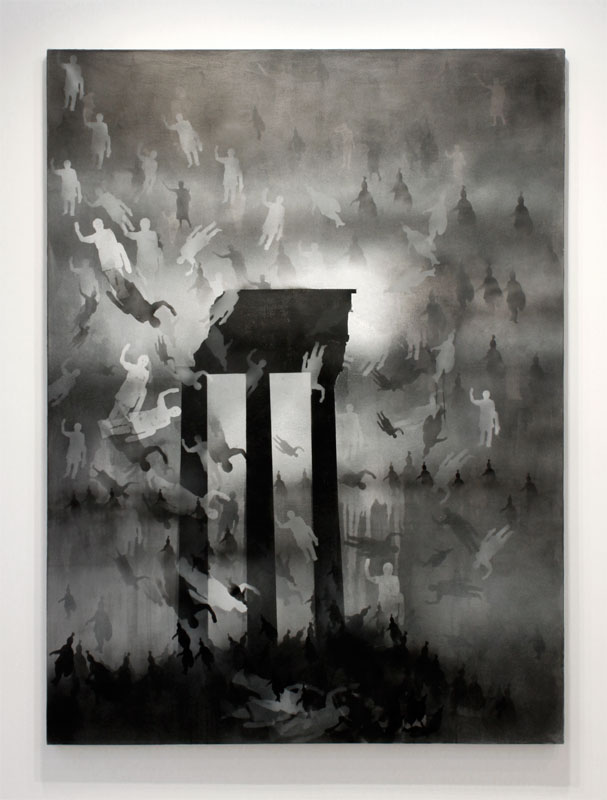