Barbara Krakow Gallery is proud to present our January exhibition, Sending and Sanding.  It focuses on the intersection of movement, duration and barriers.  Lawrence Weiner’s works mimic elements of passports and posters, all with a poetic understanding of natural elements and movement.  Suara Welitoff’s video, Untitled (Red) [from the Anonymous series) , presents an endlessly resting and resuming line of figures walking diagonally forward, yet forever present.  Bill Thompson’s Striker hovers as a reflective mirror, curved totem, geometric abstraction and curvilinear gesture that simultaneously sits quietly on the wall and pushes out, up and down into space.  Annette Lemieux’s Study for Double Obstacle presents her conceptual and tactile approach to working in a studio.

Annette Lemieux’s traveling survey continues to tour (she also has an upcoming solo exhibition at Harvard University).  Bill Thompson has had numerous shows in such diverse locations as Barcelona, New York, Seoul and Sydney.  Suara Welitoff’s work has recently appeared in Miami and is about to be shown in Chicago. Last but not least, Lawrence Weiner has had numerous recent shows across North and South America, Europe and Asia. 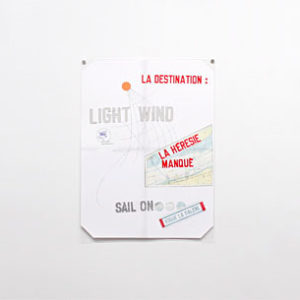 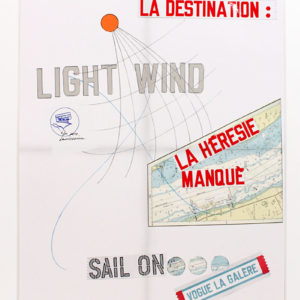 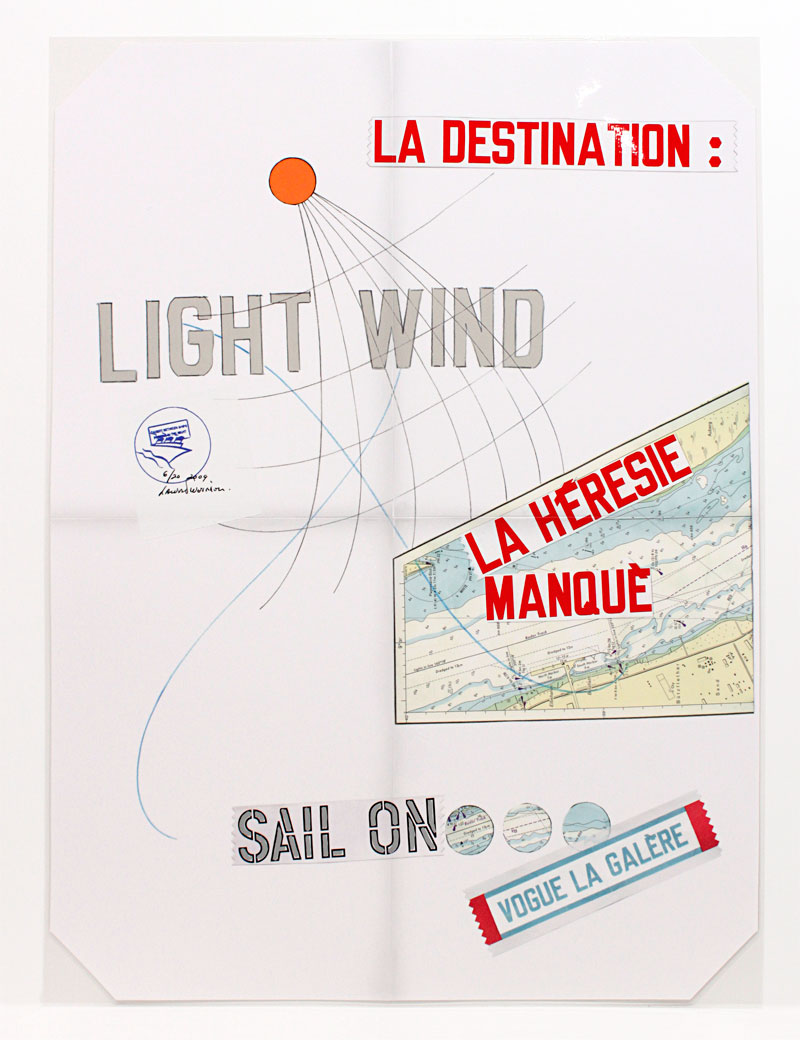 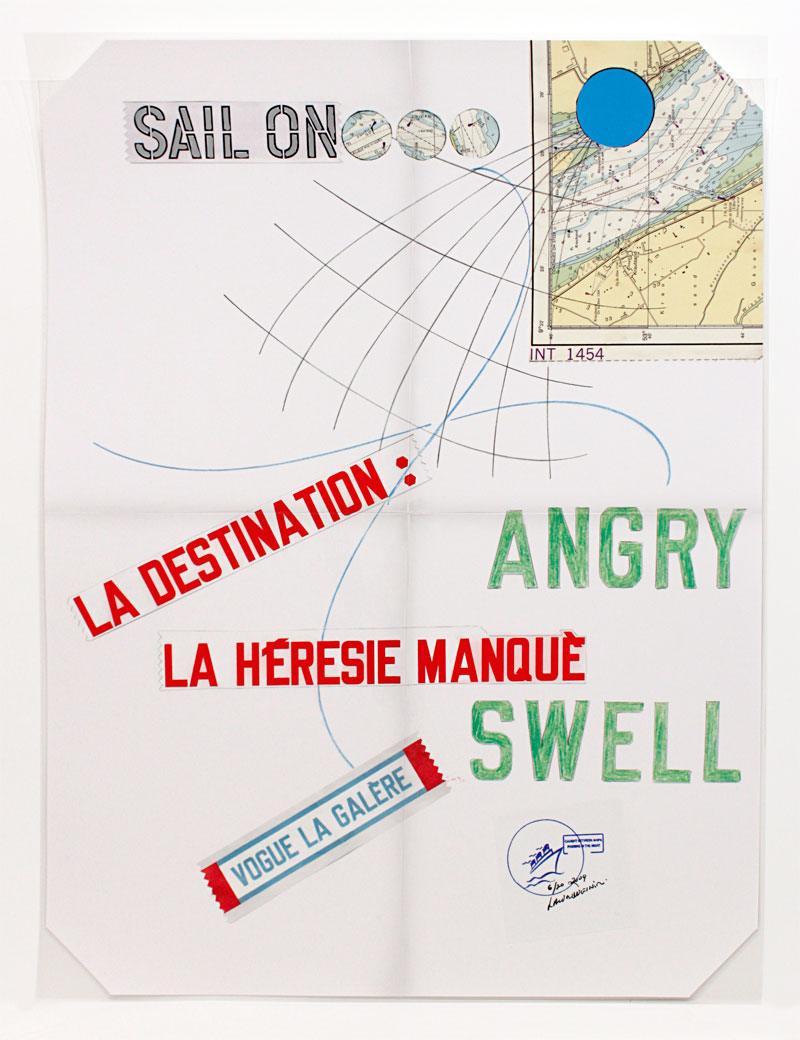 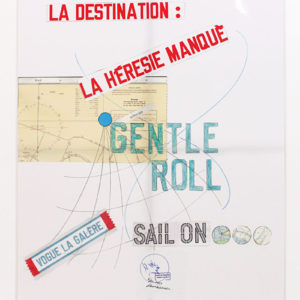 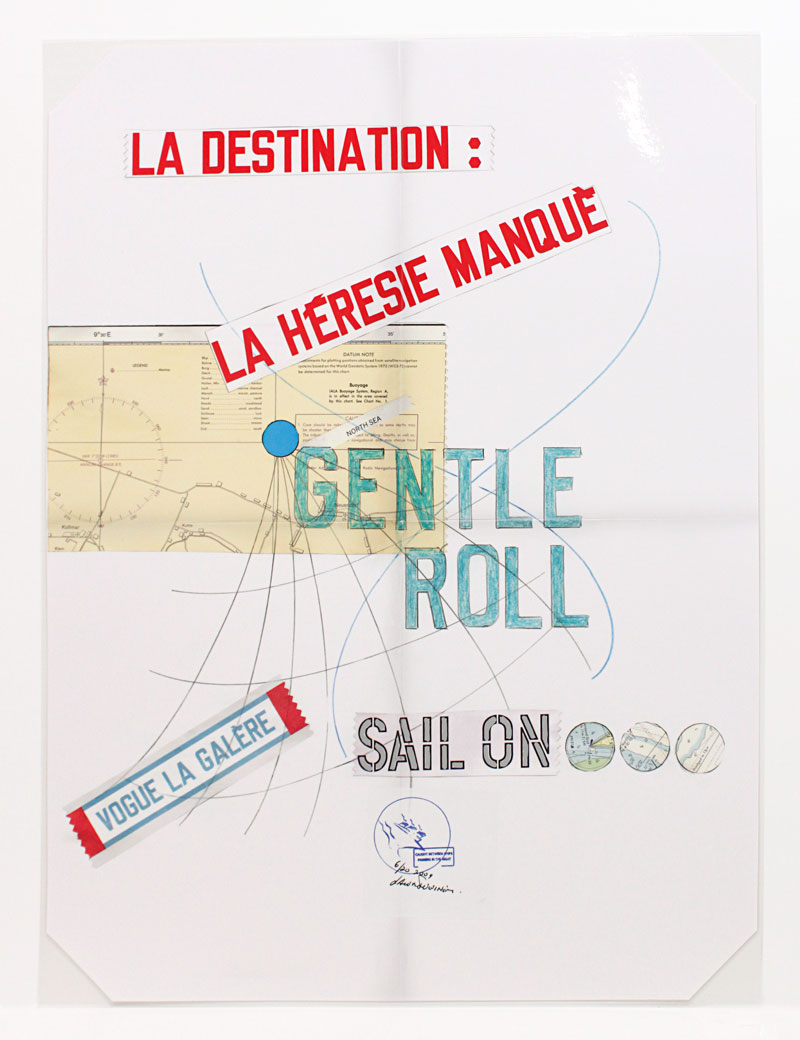 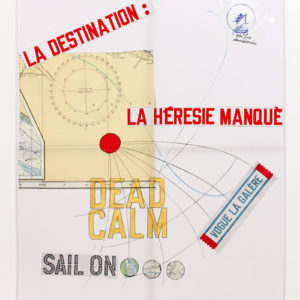 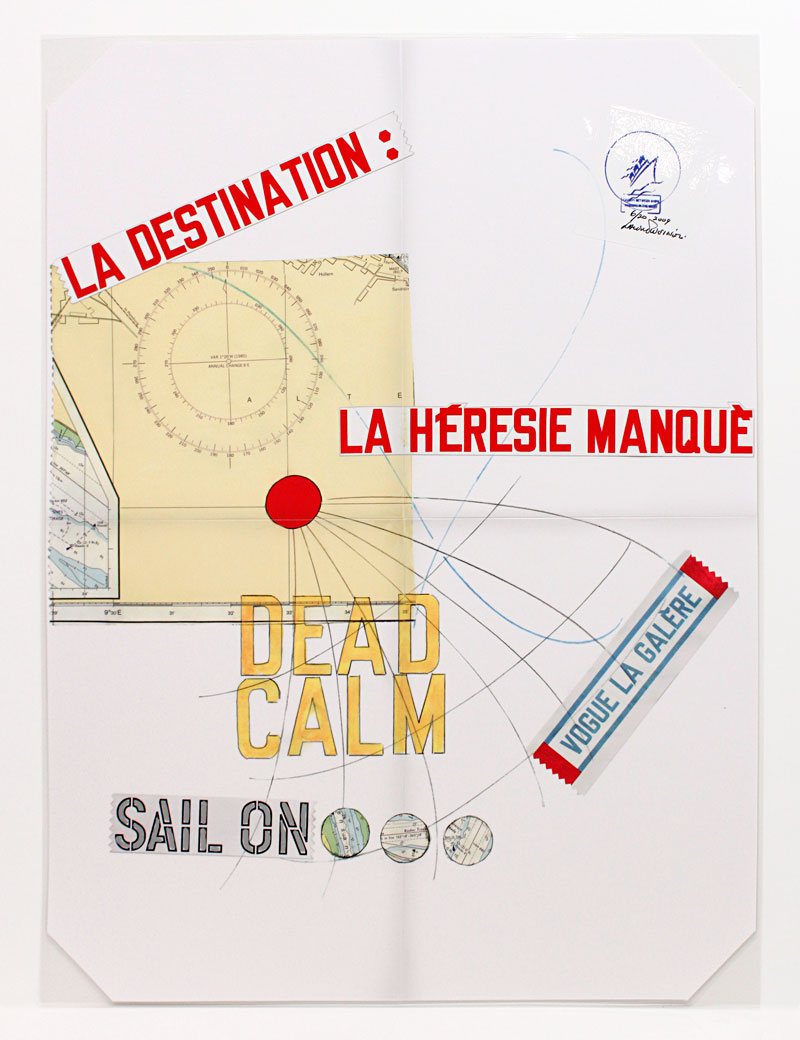 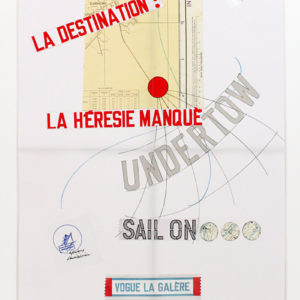 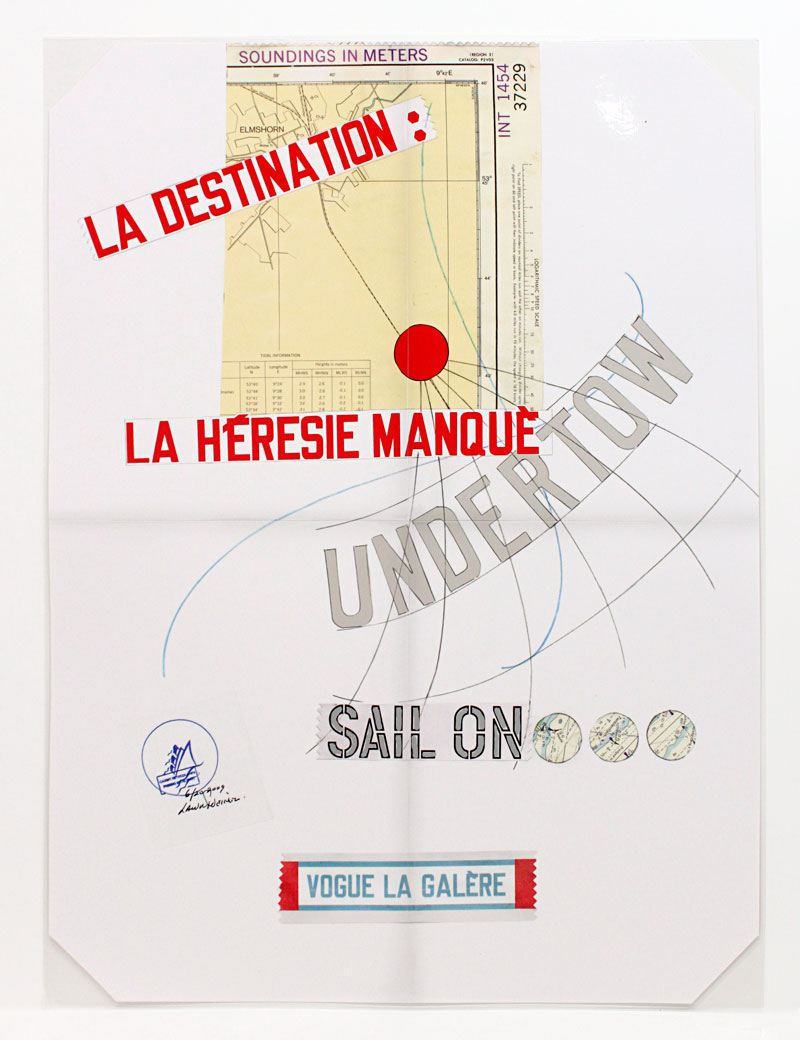 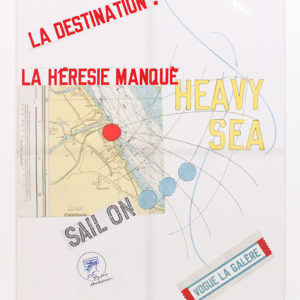 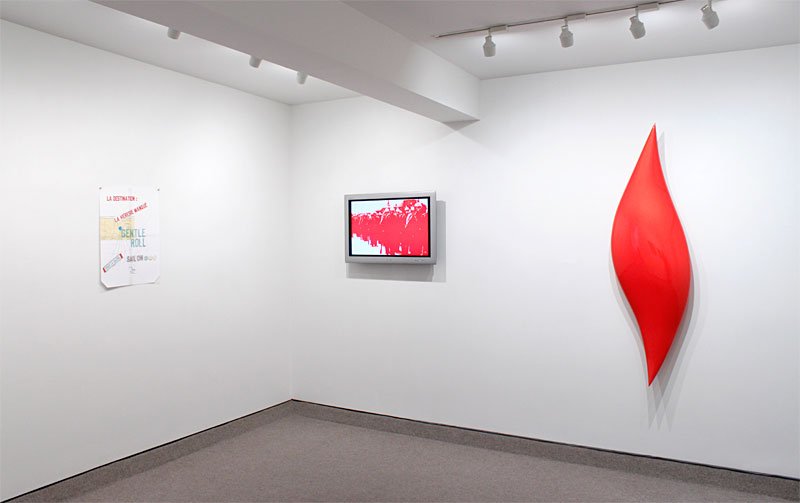 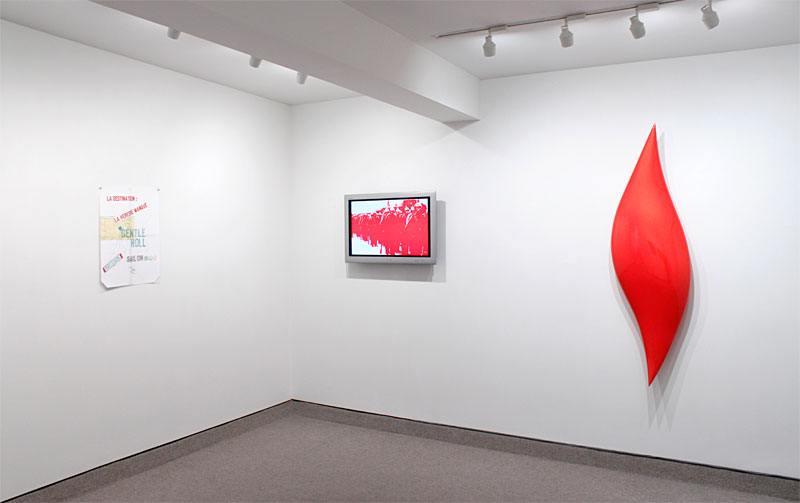 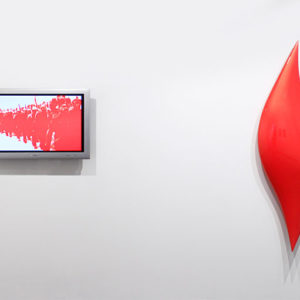 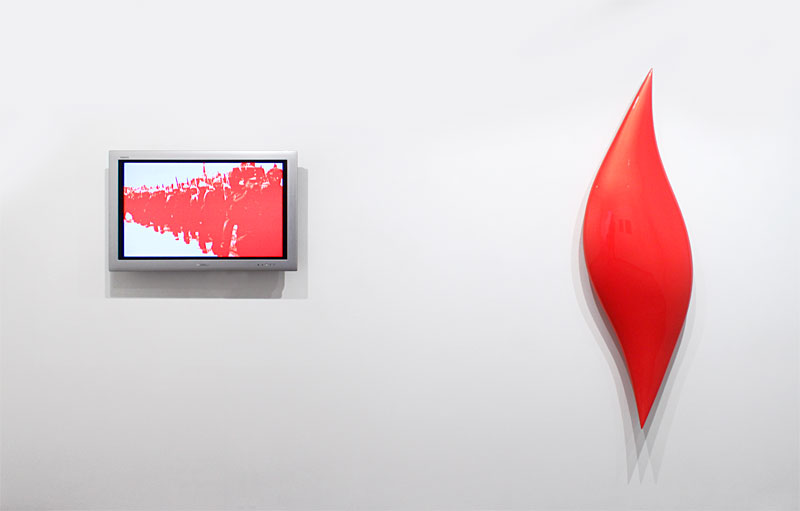 Untitled (Red) [from the Anonymous series]

Edition of 10
Signed, titled, dated and numbered on each disk
Endless loop
(Inventory #20761) 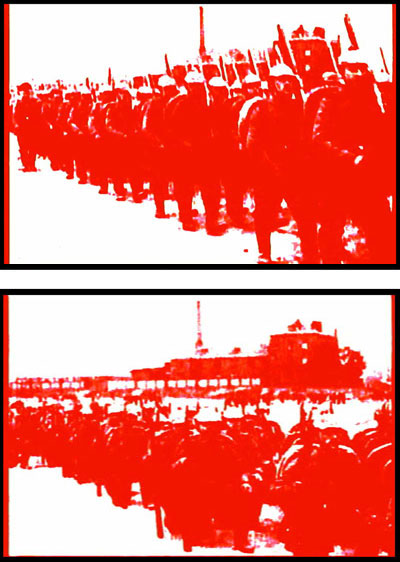 Edition of 10
Signed, titled, dated and numbered on each disk
Endless loop
(Inventory #20761) 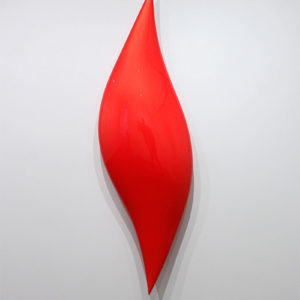 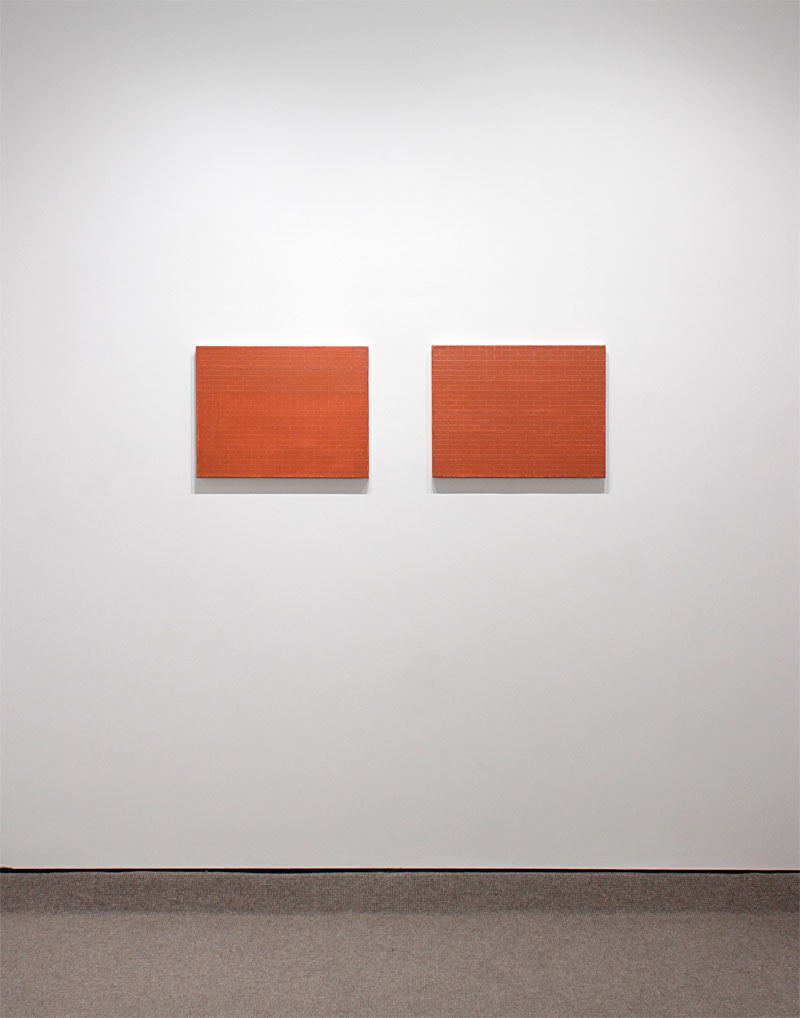