Suara Welitoff titles her new exhibition Sometimes Time Trembles, a poetic proppositon that invites descriptions, questions and thoughts all with a quiet and elegiac elegance.  The exhibition provides an engaging lens with which to examine, view and appreciate Welitoff’s works and the subjects therein.

The artist uses found footage, as well as original content to create new works in video and photography.  Sometimes Time Trembles consists of three videos (two projected and one displayed on a monitor) and five photographs (two originally taken as film negatives, one taken as a digital photograph, one frame taken digitally from an early film of Welitoff’s and one digital photograph created through numerous iterations of removal, originally taken from a NASA image).

The first work one sees upon entering the exhibition is Untitled (Spiral), 2013.  This projected video presents a child drawing (not writing) an irregular spiral on a chalkboard.  On account of Welitoff’s non-linear editing choices, the spiral grows, disappears and reappears at different stages of completion.  The child’s motion is dynamic and wild, yet the form is somehow controlled and elementary.  There is no end nor beginning, the plot never gets that far along, yet it always progresses.  The whole event takes place, distinctly, in a classroom (the site of formal education). The footage seems to be from a 1960’s film on account of the lighting in the scene, the clothing on the child and the props visible, yet Welitoff’s work is distinctly digital, projected onto the wall at slightly over life-size so that the subtle shades of gray are easily visible as digital.

Untitled (Spiral) is juxtaposed by two photographs. To the right is Untitled, 2013.  Welitoff found the source image on NASA’s website, printed it in small form in black and white and then scanned that print-out  (thus capturing not only the details of the original image but also characteristics and imperfections of desktop printing).  Finally, she printed it at a large scale to not only provide an (approximately) equal to human size but also to highlight equally the information in the original image, the information in the desktop printing of this image and also the digitization that comes from enlarging a small image.  The piece compresses interrelated sites and their associated scales (outer space, internet, gallery), framing them within a single image so as to provide a non-linear, semi-identifiable, exploratory visual experience.

To the left of Untitled (Spiral) is Untitled (Shadow), 2013, a digital photograph taken by Welitoff of domestic plants shadows raking softly and irregularly across the grid of floor tiles.  However, the imagery has been rotated and the perspective made murky by the picture plane now being vertical. The image, taken with a low-resolution camera phone, is printed at a size large enough that the resolution cannot keep a crispness at the edges and thus the digital dot pattern unifies/confuses/conflates the physical spaces/perspectives within the image. These gestures all point towards eliminating preferential treatment between foreground and background, as well as any one point of view.

On the two walls flanking this group of works are portraits of women.  The left wall has Untitled, 2013, a digital print of a digital scan of a Polaroid taken in the early 1990’s by Welitoff with a 4×5 Press camera. The original print, never shown, had been in a box on a shelf for almost twenty years.  In the 1990’s, Welitoff was exploring the presentation of time in portraiture through extremely long exposures (which juxtaposed the additional information of movement within a single frame along with the vast amount of light that comes from such a long exposure thus “washing out” out much of the “information” in the image).  The subject of Untitled, 2013, wears a richly but illegibly patterned shirt and sits in front of another detailed but basically illegible patterned wall.  Still another pattern (not unlike those presented on the shirt and in the background), appears on the subject’s hand.  It seems related to the other patterns but upon closer inspection, it is the chemical residue from the original Polaroid.  Using the same strategy she employs in Untitled (Shadow), Welitoff mixes digital and analog photography to transform a subtle image with multiple layers into a digitized photograph with compressed foreground and background patterns.

Opposite Untitled, 2013, Welitoff’s Interview, 2013 is a film of a woman being interviewed in front of a rural field.  The woman wears a cross around her neck, a quilted dark coat with wide lapels and what appears to be a floral shirt under the coat.  Her hair, relaxed, but coiffed, is slightly wavy and bobs at her jaw line.  Digitization is apparent as is what could either be analog film grain or perhaps rain.  The feel of the scenario leads one to assume that the imagery is not 2014, but perhaps in the not-so-distant past.  Welitoff has taken out all the sections where the woman talks, leaving only images of her gestures and changing poses. She gazes, focuses and does just about everything else one could imagine doing while talking, yet she never speaks.  Welitoff edits the various vignettes, each with infinite potential, but cuts them off at the moment one senses the woman would speak.  Upon continued viewing, one sees the subtlety, elegance and weight of those moments full of thought.

On the wall to the right of Interview, 2013 is She liked to feel time passing (for CL), 2013, a work whose source image is from an early film of Welitoff’s that she then digitized and subsequently chose one frame to print as a still photograph.  The subject of the piece is a figure walking.  No phone is shown, but the person seems to hold a hand to his/her ear and so one can assume the person is talking on a cell phone.  Another figure sits on the near side of a frame and there is the hint of another seat (or, perhaps, a bench) in front of the sitter.  The proportions of the photograph reference cinema and certainly the activity in the photo gives the hint of a narrative: one subject sits on a bus or trolley while another walks by.  While the scene occurs regularly today, the black and white, grainy quality of the image and cinematic proportions of the photograph place it elsewhere.  Interestingly, the original sequence was shot on a trolley during the mid 1990’s in London, the first time the artist saw someone walking down the street talking on a cell phone.  The photograph, then, can serve to expand and compress time, much like the photograph with the various patterns, Untitled, 2013, compresses and expands space.

On the wall next to She liked to feel time passing, 2013, is Five Years Later, 2013.  In this piece, the words, “FIVE YEARS LATER” are written in an elegant white font reminiscent of early 20th century silent films, yet the work is presented on a monitor with distinctly visible digitization.  Behind the text, clouds “roll” by.  Bright from above, darker from below, the clouds move at a brisk but steady pace.  Periodically, the clouds seem to fall back to an earlier moment in an endless cycle of movement.  The text remains throughout.  “Five years later” refers to a time in the future, but assumes that this time is now and forever passing.  Welitoff has created a moment, like in She liked to feel time passing (for CL), 2013, but now it not only captures the past and present but also the future, all at the same time.

Bringing the exhibition’s focus on time, equality and awareness full circle is Portrait, 2013, an image of Welitoff that she, herself, took in the early 1990’s around the same time that she took Untitled, 2013. The photograph is a self-portrait, set up to show what the artist sees as herself, yet presented in the exhibition to both look at the other works and to be looked at as one of the works.  Formally, Welitoff’s head and shoulders face diagonally, yet her eyes, in soft-focus, face directly out at the viewer.  Her left eye is slightly below the middle of the photograph.  The top quarter of the picture plane is empty, creating an almost exact balance of space devoted to the background and subject.  For the artist, the image is from a different time – almost twenty years ago, but for a viewer, it is an indistinct still moment forever in the viewing present.

Welitoff’s work is generous on the topic of choice, powerful with regard to the history of visual culture and captivating as experience in and about time.  The works in this exhibition serve as a unified, albeit diverse, guide to the exploratory experience of learning and appreciating through seeing.

Since her last exhibition at Barbara Krakow Gallery, Welitoff has had solo exhibitions in Chicago, Milan, Provincetown and Seattle, as well as being included in group presentations at both the Museum of Fine Arts, Boston and the DeCordova Sculpture Park and Museum, as well as at numerous galleries.  In addition, she was the recipient of the 2012 Rappaport Prize at DeCordova.

The exhibition opens on Saturday, February 8 (with a reception for the artist, 3-5 pm) and runs until March 15. 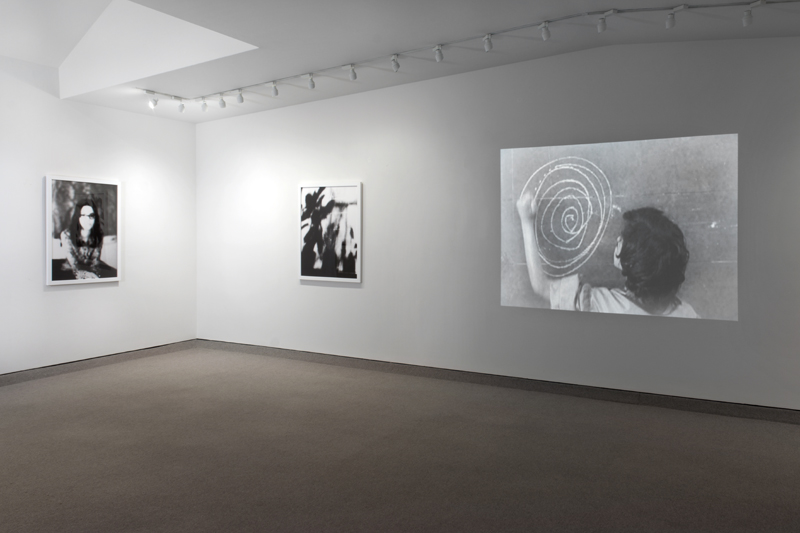 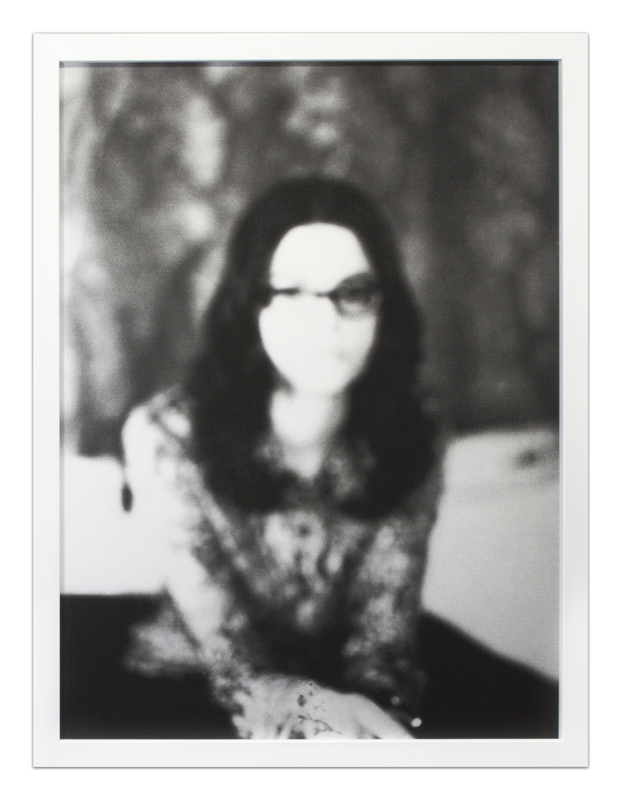 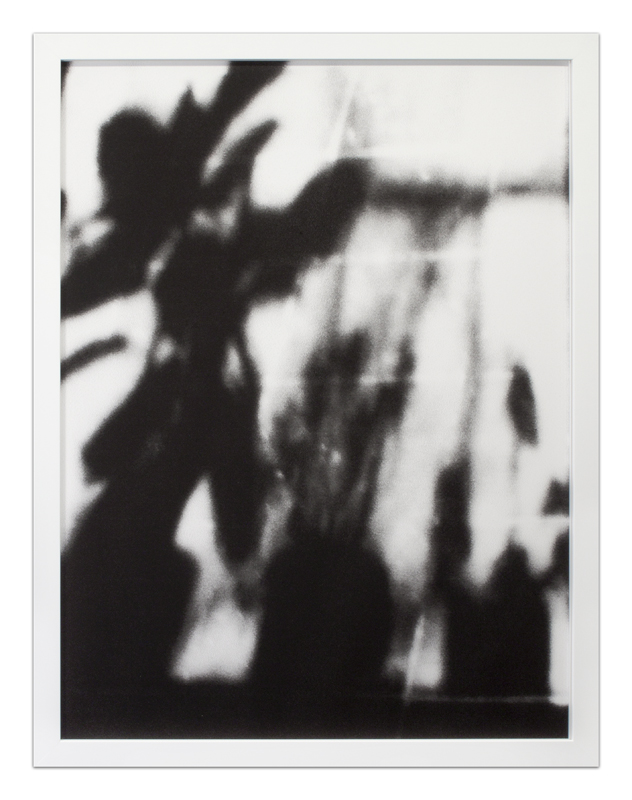 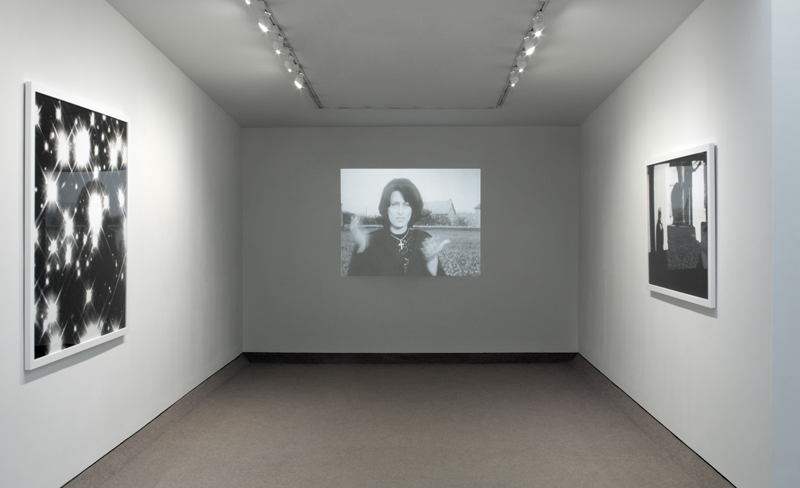 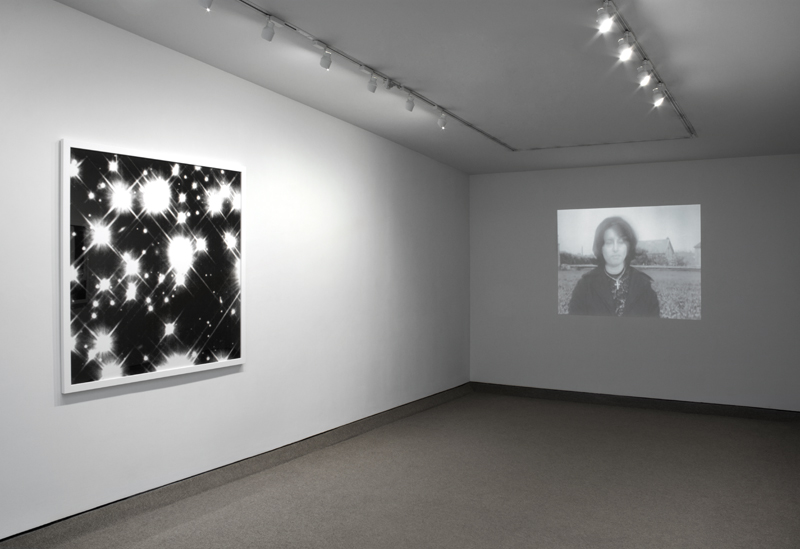 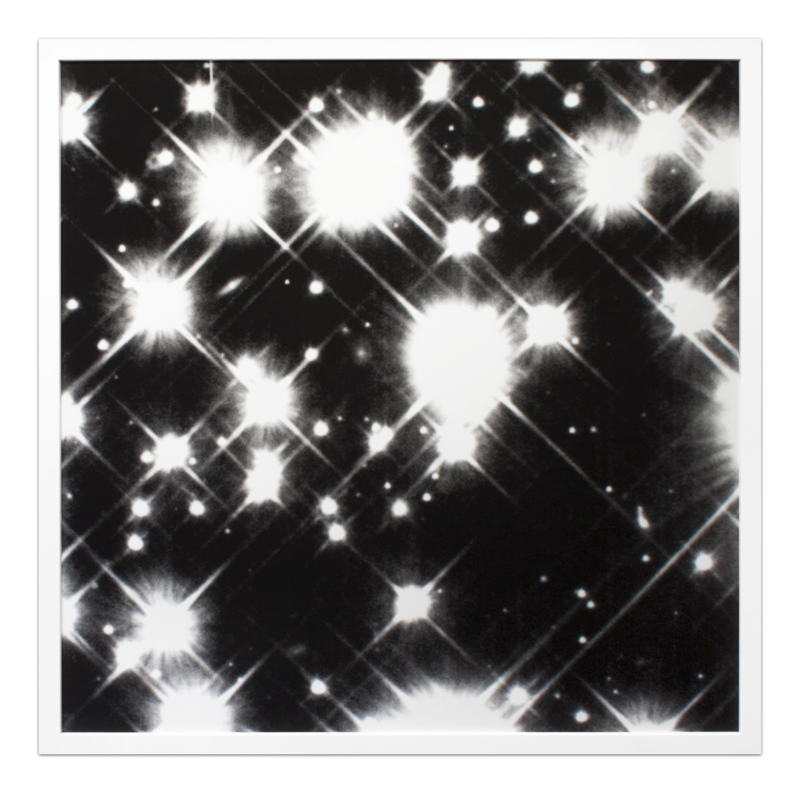 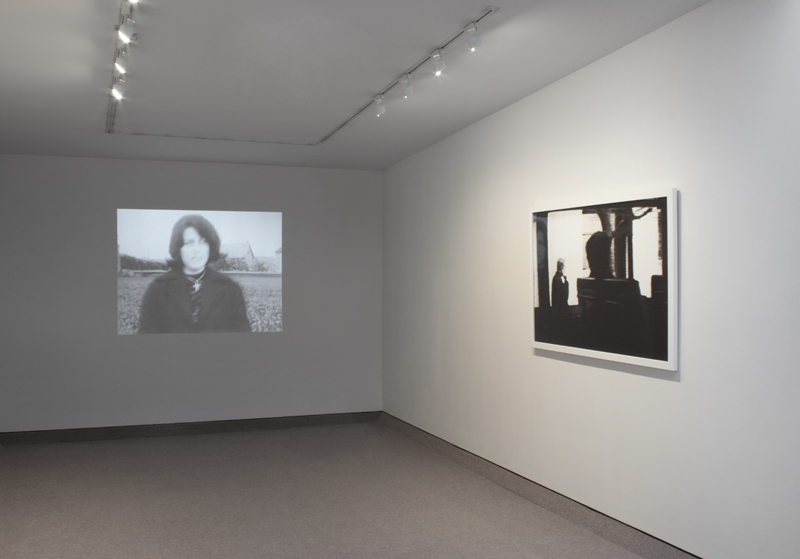 She liked to feel time passing (for CL) 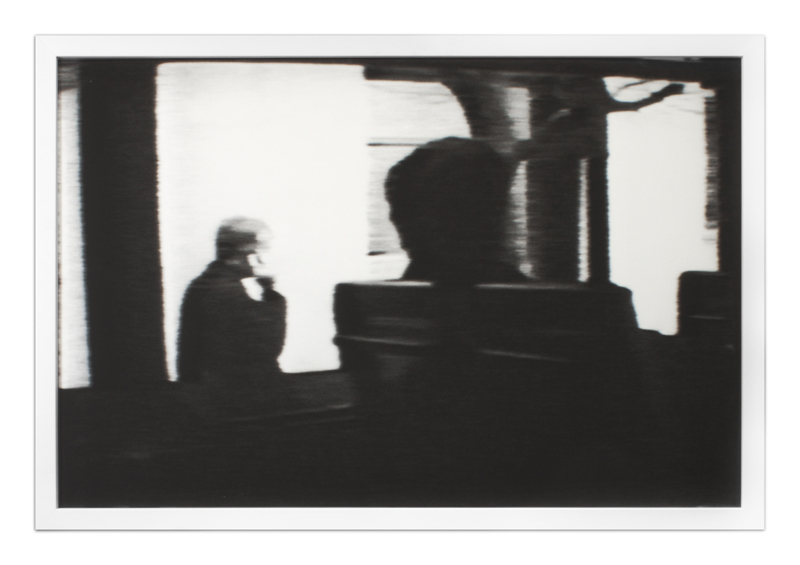 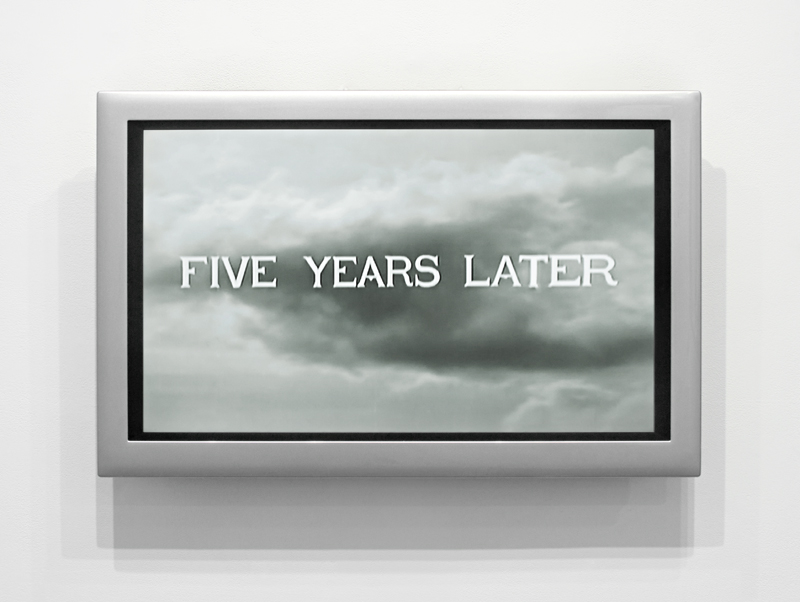 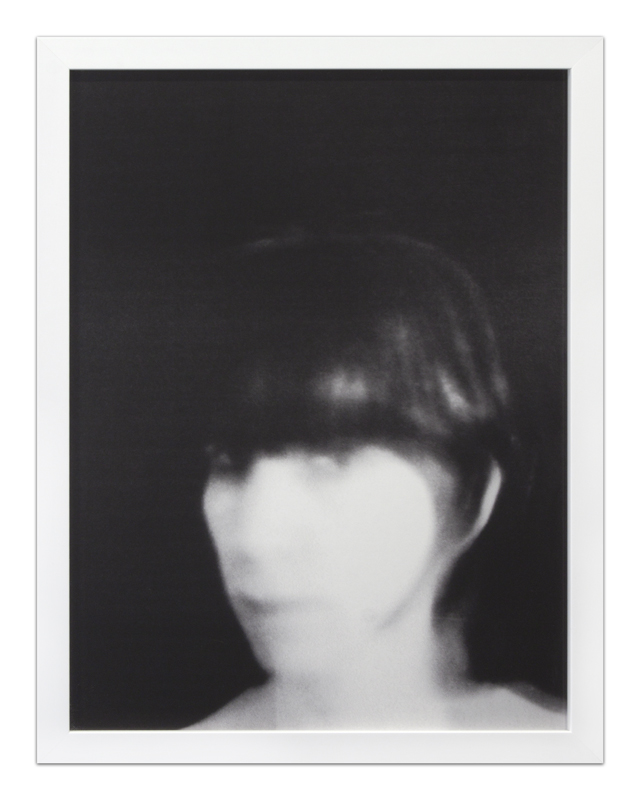