Times/Changes features works by three artists who use photography to create scenarios somewhere between fact and fiction.

Giulio Paolini, one of the central figures in Arte Povera (the leading contemporary art movement in Italy in the late 1960s and 1970s), has explored ideas of absence, centrifugal and centripetal forces, continuation, repetition and variation, all within the framework of art-making as visual subject.  In order to create “The Triumph of Representation (A ritual: the artist is absent), Paolini photographed people and objects that he has specifically arranged.  The imagery contains 18th century chamber servants, a slide projector, reflective boxes filled with images of either torn, crumpled or cut pieces of paper, as well as lines that potentially serve as observational directives.  Comparing the quantity of figures, the drawn marks and the imagery within each box held by the chamber servants, one cant help but ask questions about cohesion, legibility, progress, representation and more.  With this in mind, the work takes pride in the regenerative nature of looking in and out, as well as back and forth.

Liliana Porter also sets up objects and photographs them but, unlike Paolini, she creates a whole scene of found objects and considers the photographs she takes to be the final works.  In the case of this new body of work, For Sale, Porter has taken worn and broken examples of doll house objects and arranged them without situating them in a specific context.  In each photograph, objects are haphazardly arranged.  Are they, in fact, for sale as the title references?  Are they cast-offs that have no value to the original owners?  They are both mere toys (easily read as such in the large scale photographs showing all the details [or lack thereof] in the toys) and fully symbolic references to daily life.  If one does not need chairs, a dresser, a mirror, a teacup, an oven or a refrigerator, what is ones life? Is this a good or bad thing to do away with these typical domestic goods?  Perhaps, as the scenes are neither enveloped by nor separated from the horizonless and borderless white backgrounds in the photos, the objects serve more as questions to ask in daily life than to definitively answer those questions.

Paolo Ventura, like Paolini and Porter, sets up photographs, but for him, he integrates, from one edge of the image to the other, fabricated, found and altered materials and actors.  The scene in this particular work, that of a man noticing a boy with a red balloon, trading a duck he pulls out of his hat for the red balloon and then the balloon pulling the man away (although it did not do this for the much smaller boy), cannot help but be read metaphorically.  To balance with this heavy yet playful metaphor, Ventura makes the scene easily viewable as theatrical, from the painted backdrops to the overly made-up actors to the props visible as such and thus the scenes are as much about being legible as fiction as they are about transporting you to a poetic other-world.

Using photography to create alternative approaches to viewing reality, all three artists force the viewer to confront initial assumptions of legibility and subjectivity. 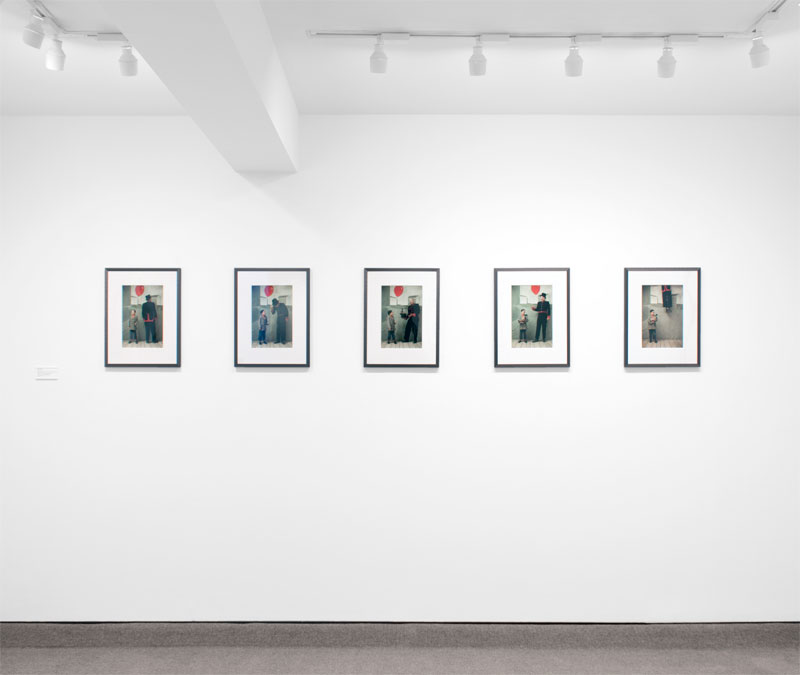 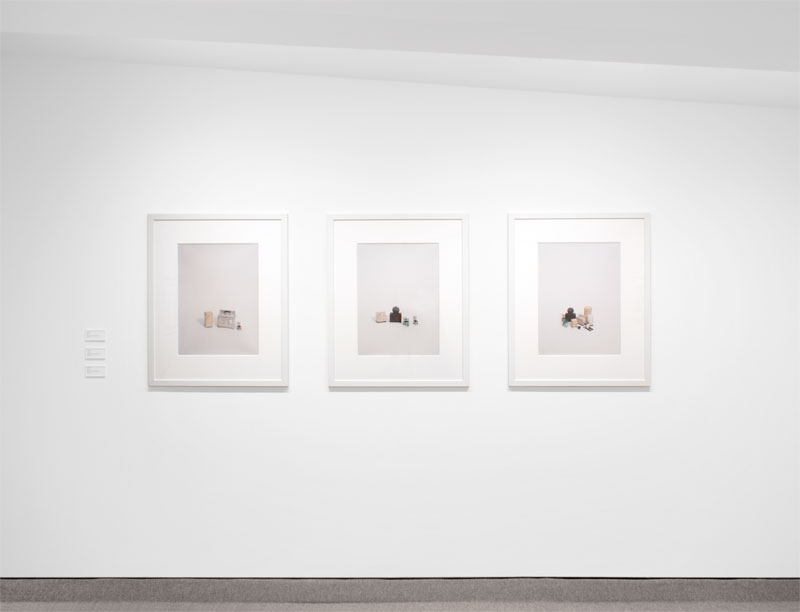 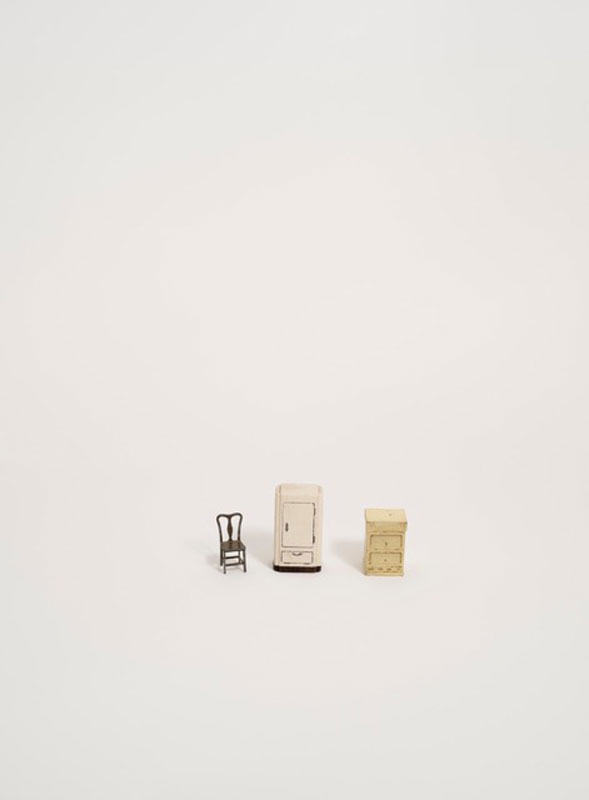 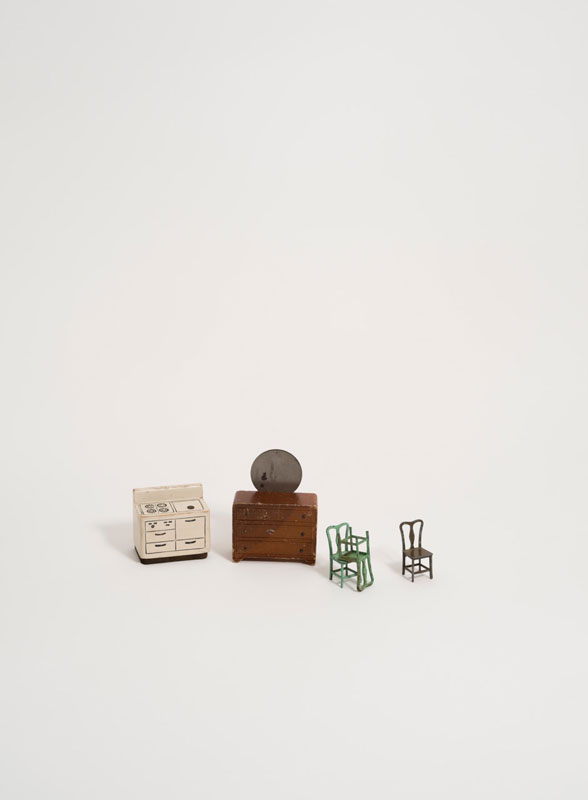 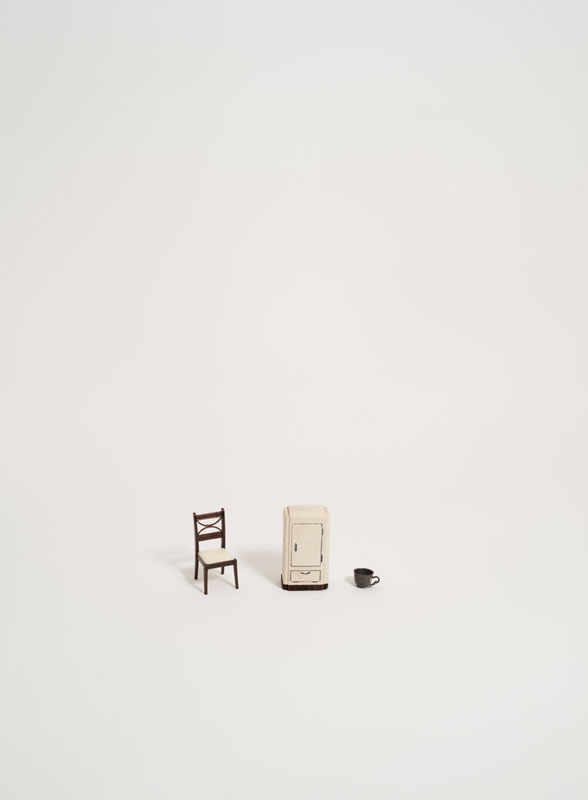 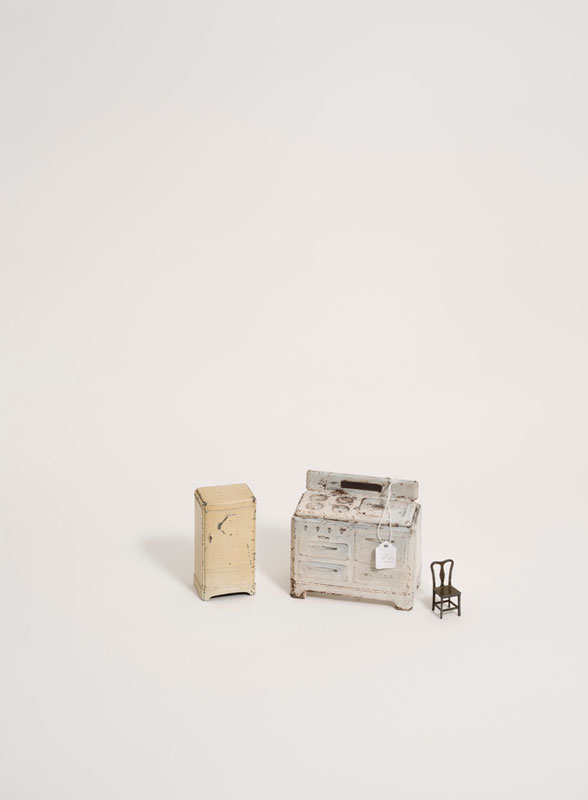 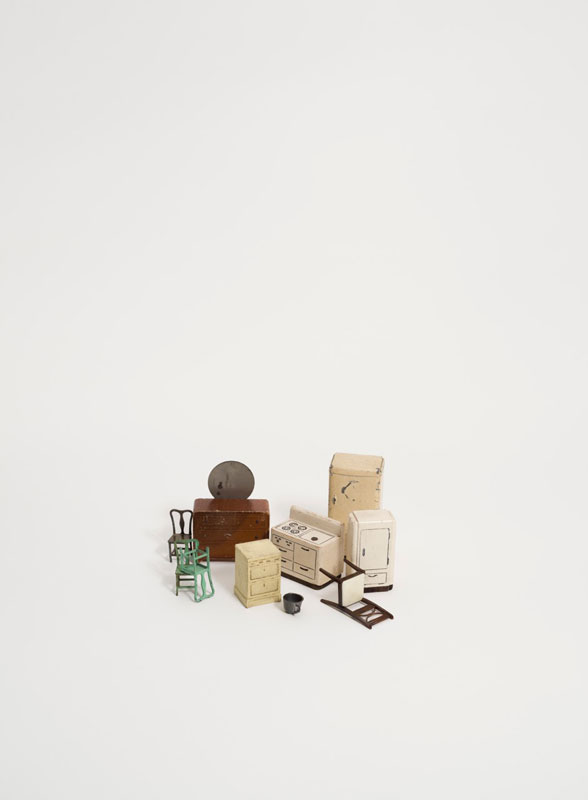 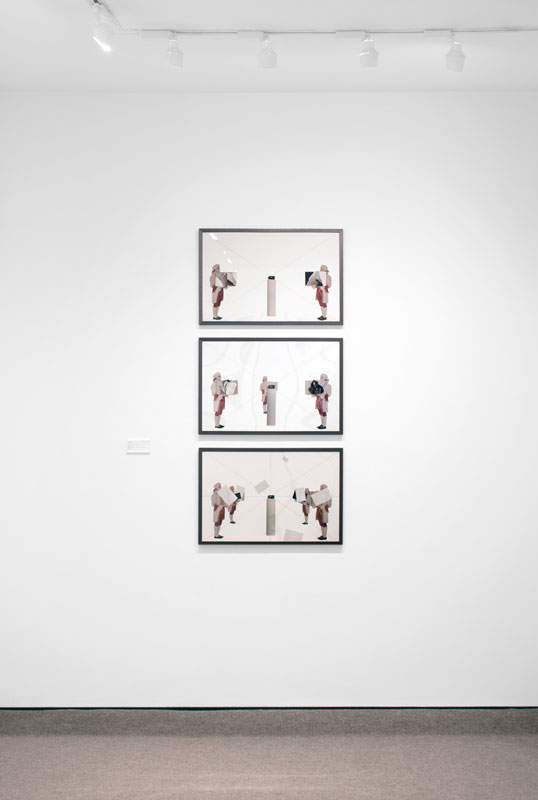 From “The Triumph of Representation” (A ritual: the artist is absent)

Giulio Paolini From “The Triumph of Representation” (A ritual: the artist is absent), 1983