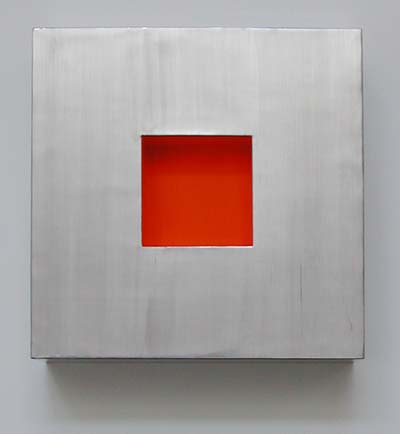 My work embodies my experiences. Experiences as a girl, as a woman, as a second generation American of Eastern European descent, as a white, middle-class, heterosexual female, as a critical care nurse and later as an artist; experiences which have in part defined me and consequently, my work.

Formally, the work deals primarily with light and space through the use of squares and cubes. They exist singularly, paired, tripled and quadrupled, connected, disconnected, separated and recombined in groups. At times the square is progressively penetrated or opened up, space is created/revealed/exposed. Other times, the square is deepened to become a cube, falls and sinks into the ground or grows to a height close to that of the viewer. Context, relationships, repetition and connections are at the heart of my work.

The School of the Museum of Fine Arts, Boston, Massachusetts
1985-88