Plimack Mangold’s works from the 1970’s depict the wood grain of a floor in perspective, along with imagery of rulers. When depicted at the surface plane of the picture, rulers are accurate in their “measuring”, yet when receding in space, no longer serve the function of rulers and become representations of measuring.

Poor’s works start from photographs of built structures that he documents on explorations through the rural South. Accepting the irregular angles at which the photos are taken, Poor reconstructs (through photography and wood structure) the façades of these buildings, yet leaves the backsides without imagery, allowing a viewer to experience the photographs of the structures, a physical sense of the structure’s architecture and also an understanding of the structure of the art, itself.

Saban’s “Wooden Floor on Wood” works also engage with perspective, physical material and impressions of other materials. Beginning with photographs of the wood floor in her studio, Saban prints the images in perspective, with thick etching ink, onto actual pieces of wood, so as to create a friction between the semblance and the actual.

While the artists have some related interests, their results are entirely individual. Not surprising given that the three artists in this show have very different life trajectories. Plimack Mangold grew up in New York City and has been a frequent exhibitor at museums around the world since the late 60’s. Poor is from Georgia but has been based in Rhode Island for 25 years and has been quietly exhibiting around the country ever since. Analia Saban, born in Argentina, is based in Los Angeles and has, in the past ten years, participated in a steadily increasing quantity of exhibitions around the world. 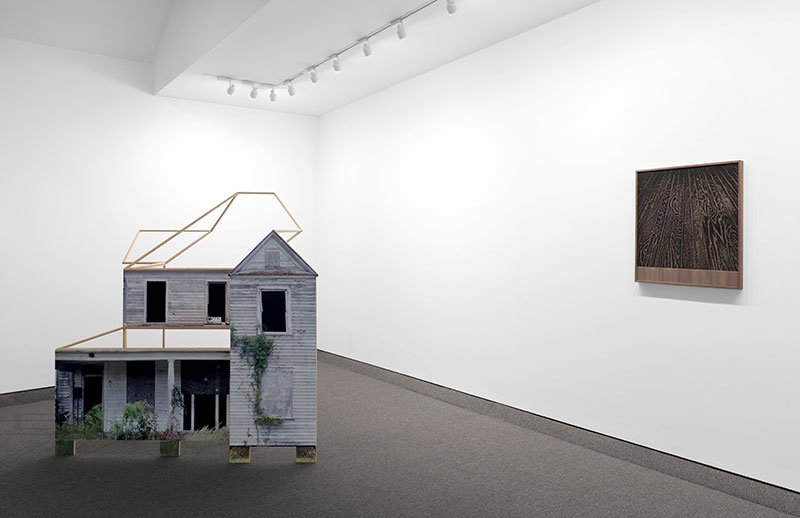 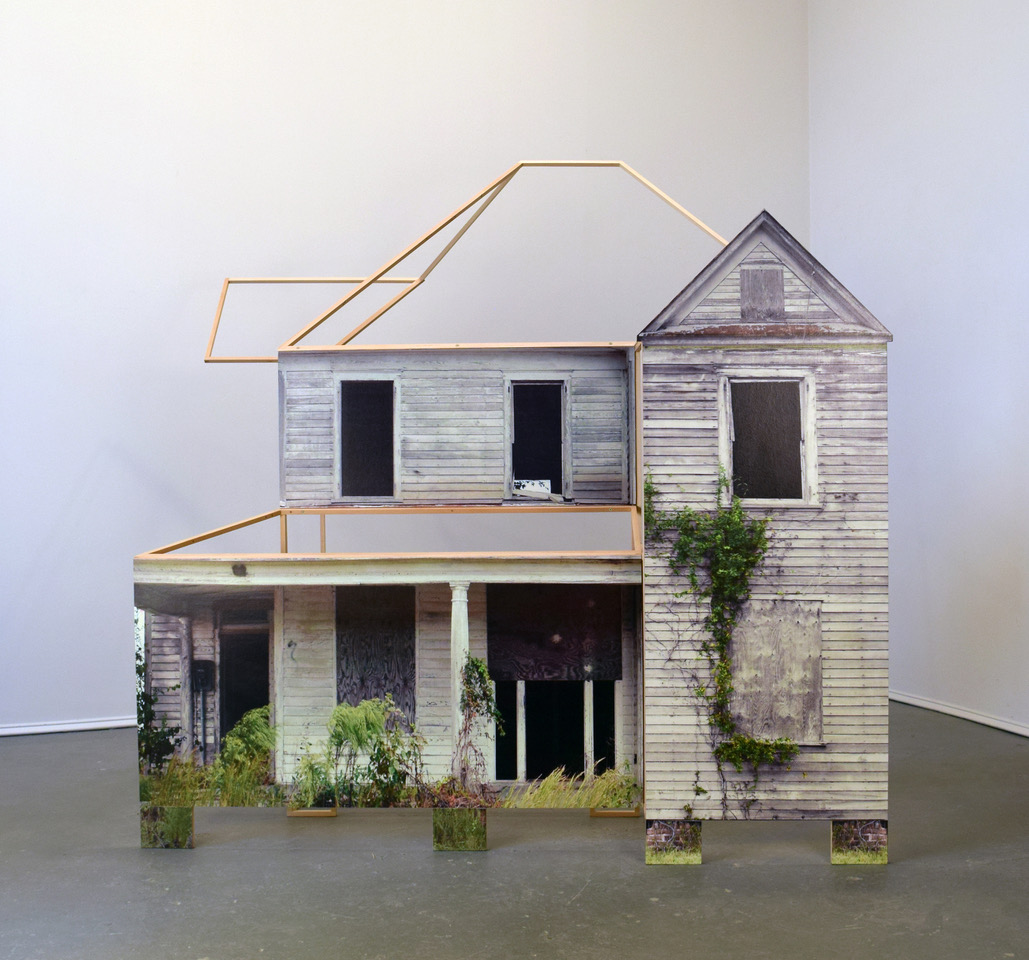 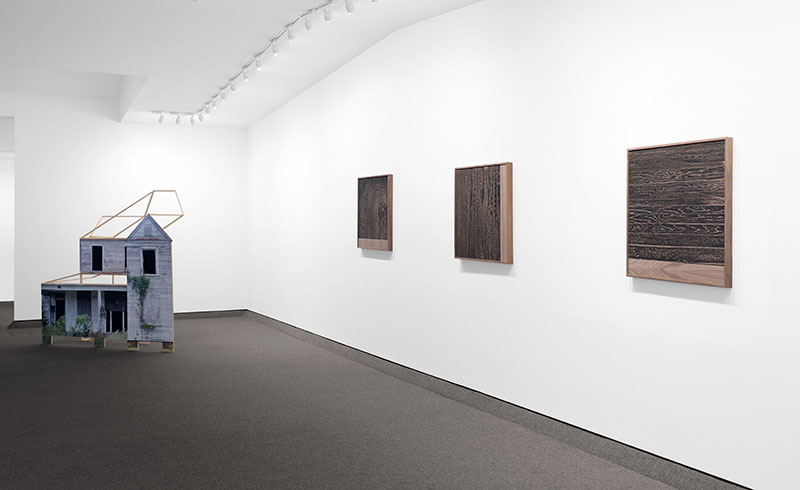 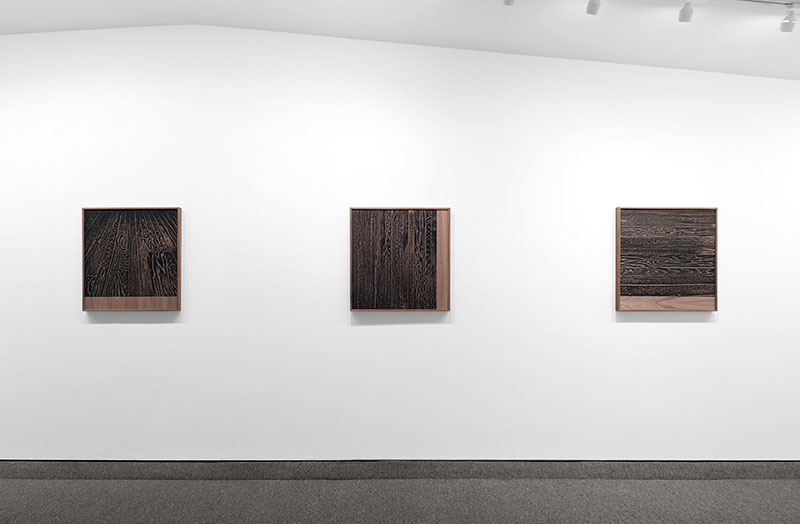 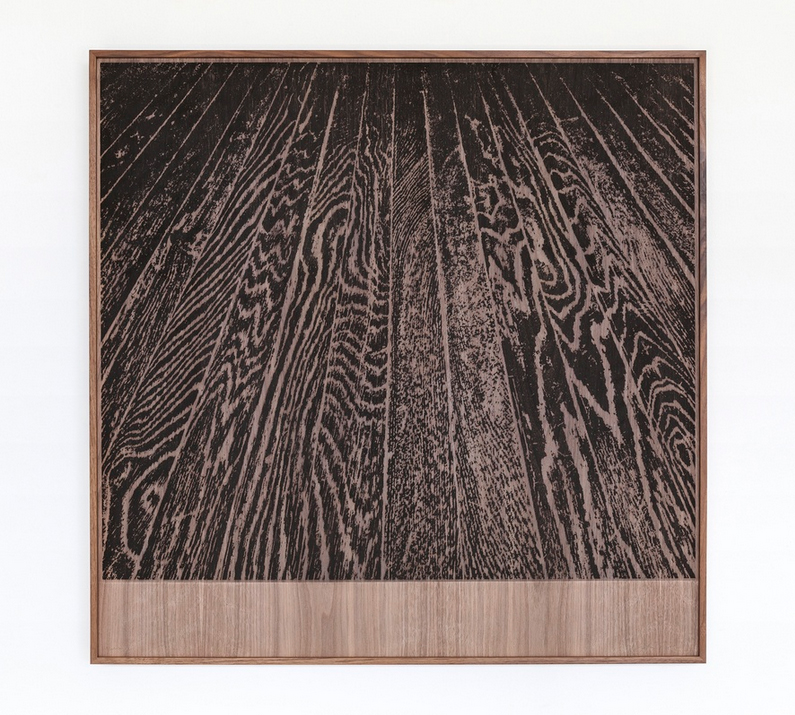 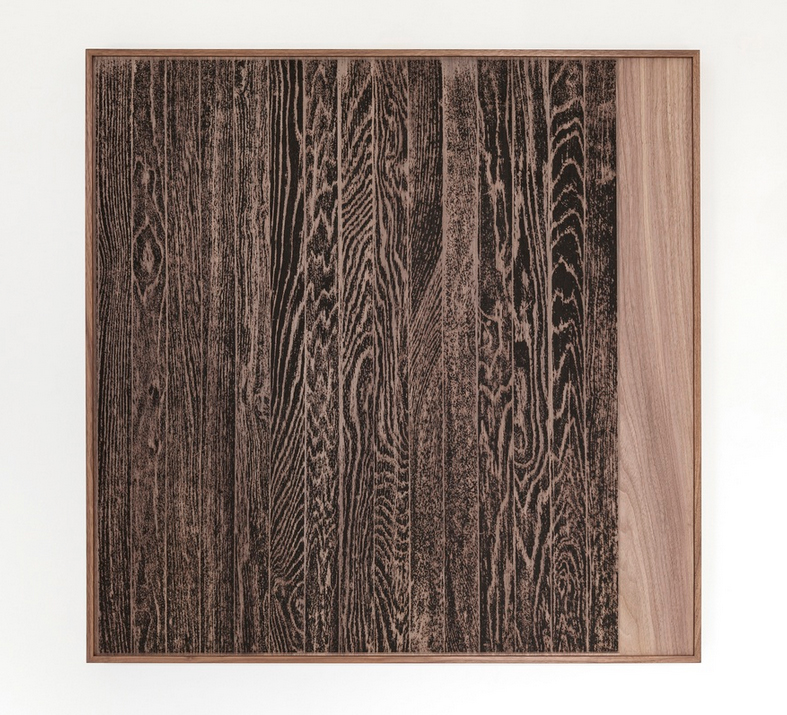 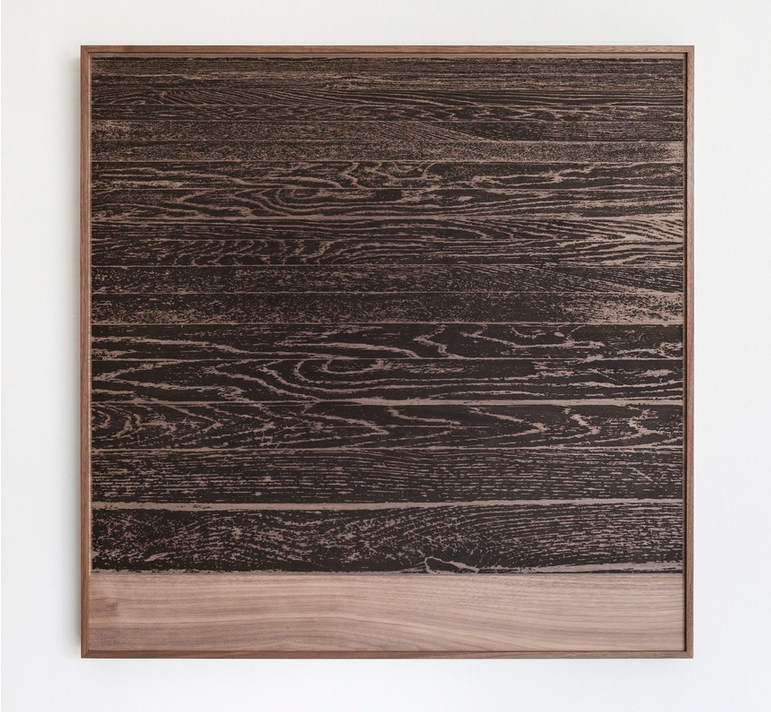 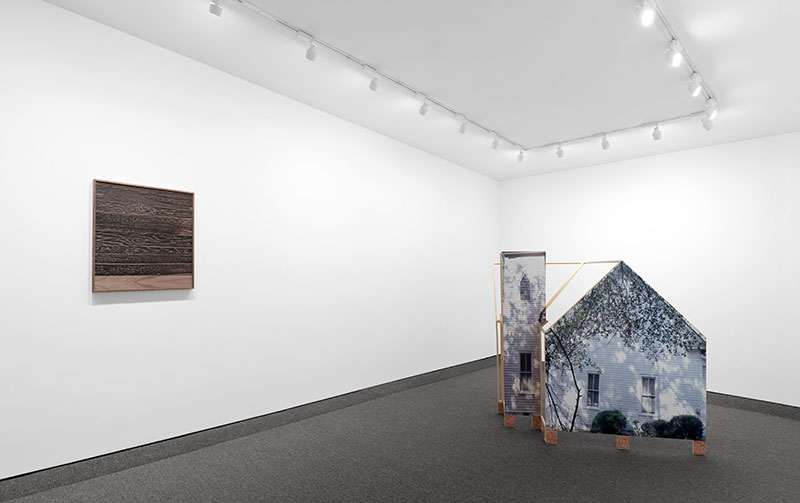 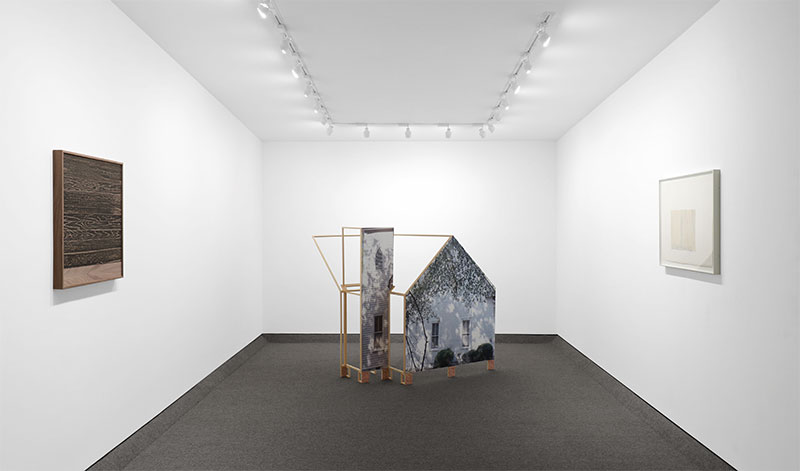 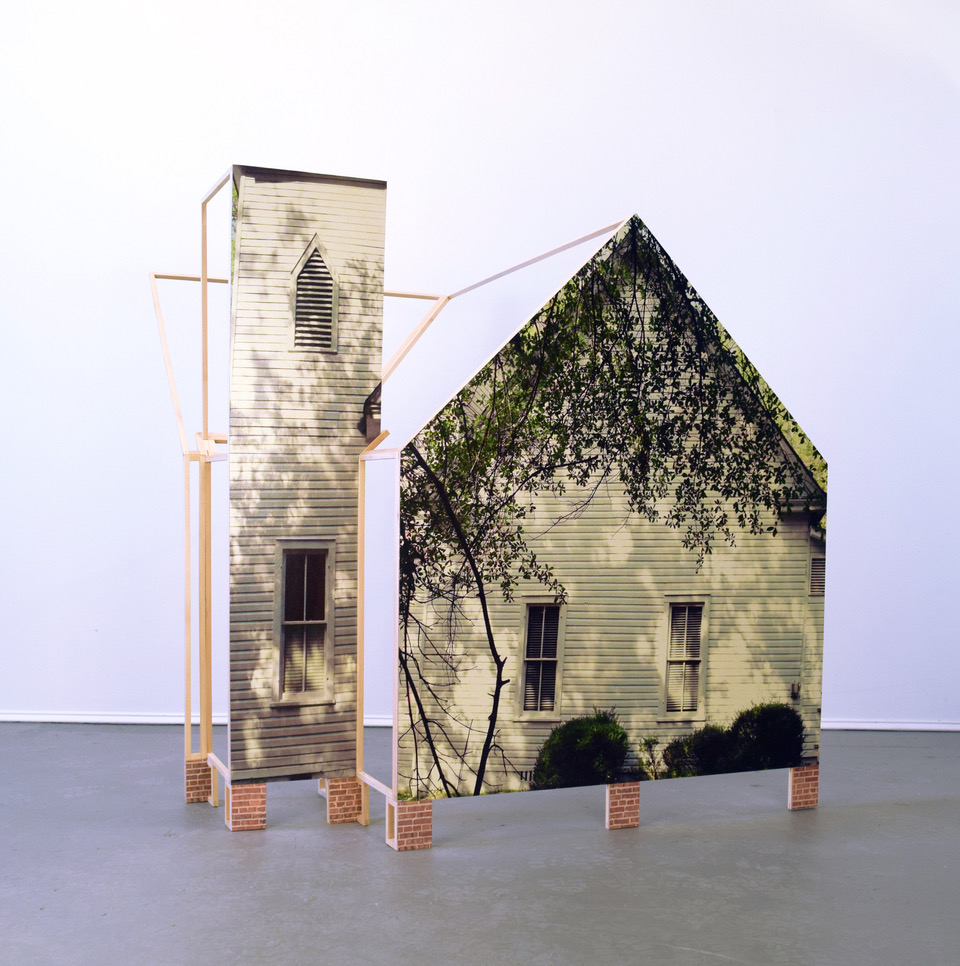 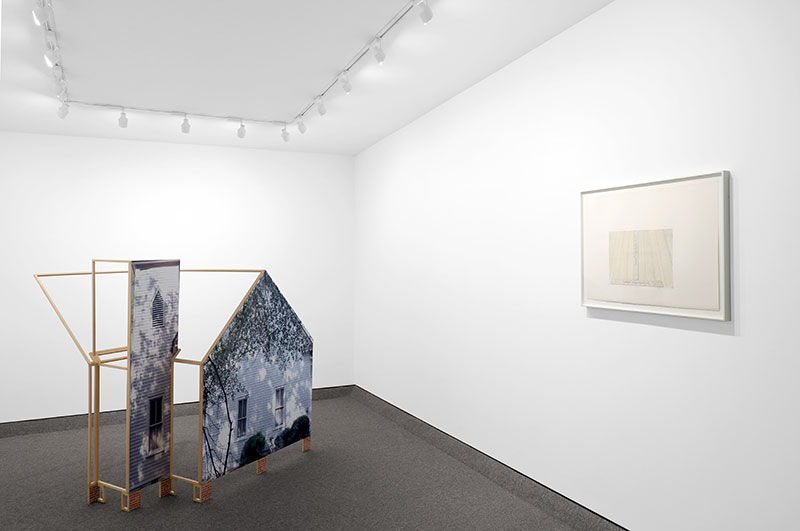 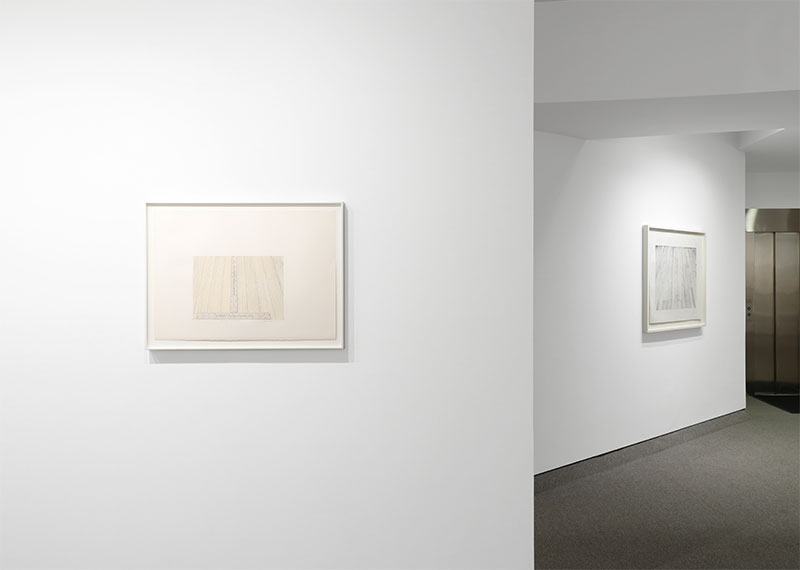 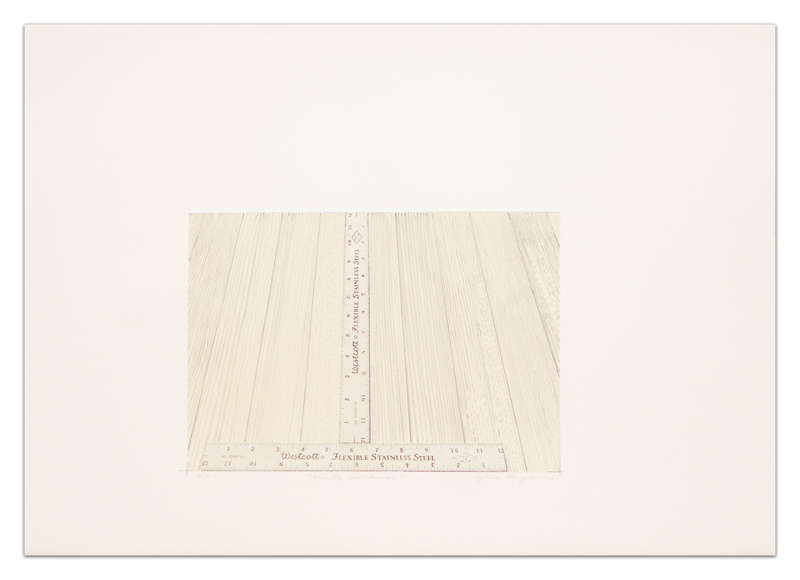 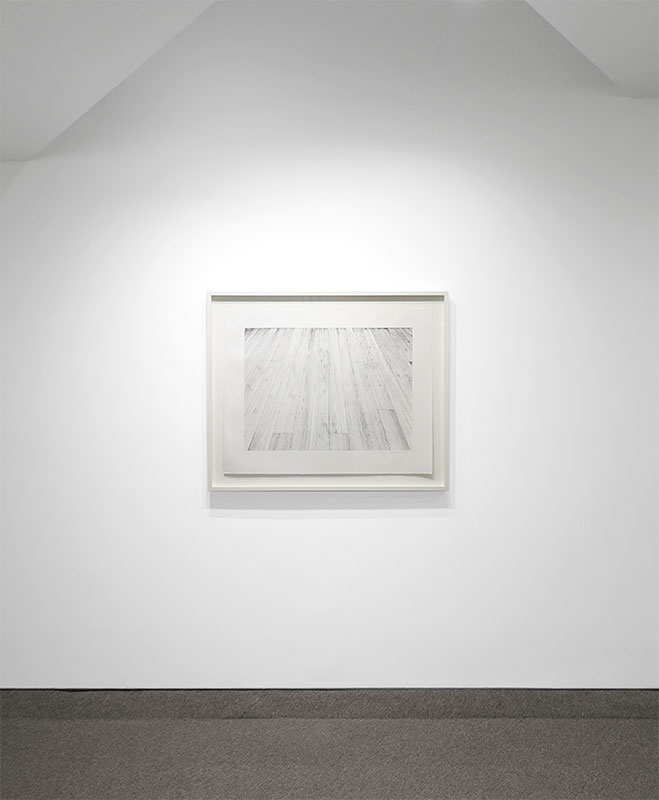 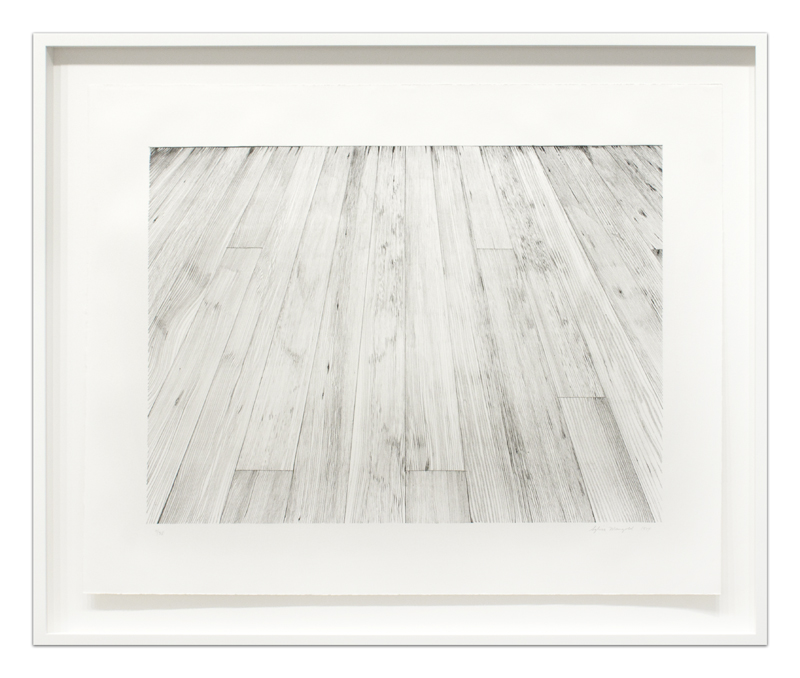