“I would hate to think that my work is perceived as a portrayal of victimization. It is not enough for me to relate an experience through the work only to have a viewer say, ‘Oh, that’s too bad,’ and walk away from it. I want to relate the dynamics of a situation, both how that situation occurs and how it affects people’s lives. In another sense, the work is not answer-oriented. It’s intentionally left open-ended. There’s not a resolution that just solves everything.” (Lorna Simpson)

Syntheses consists of works by eight artists: Richard Artschwager, Bernd & Hilla Becher, Tara Donovan, Idris Khan, Kay Rosen, Lorna Simpson, Haim Steinbach and Sarah Sze.  The exhibition is conceived of as a spectrum.  Each of the works in the show is somewhere different along the line of variation – variations on the ideas of the found and altered and how that familiarity (or lack thereof) affects a viewer.

At one end of the spectrum, you have Haim Steinbach, who presents two pairs of actual salt and pepper shakers (one the inexpensive kind as made by Halco and the other, manufactured by Tour d’Argent out of silver) presented on a polished, mirrored stainless steel shelf.  The work is as much about these forms in relation to the world as it is about the relationships between the two sets.

At the other end is Lorna Simpsons Van Der Zee Prop Vase, a piece that began with the artists appreciation for James Van Der Zees photography, moved through creating surrogates for glass objects in his photos and continued to the final result – a photo of the surrogate, minus any visual clues to the original photograph, juxtaposed with a text:

date unknown
James Van DerZee
A smiling woman rests her face on her right arm as her left arm crosses her breasts.  Fabric is draped over the edge of the couch around her hips and continues to the floor.  Her legs are exposed, knees bent, and her left foot is tucked under her right.  Flowers are strewn over the edge of the couch and on to the floor.  An upside down vase sits on the floor, as if its position and the arrangement of flowers had been disturbed.

Simpson combines these processes and elements to explore identity through the assumptions provided by her visual clues.

Along with these two radically different approaches to found objects, exist the other artists works, with each one taking a unique, yet informed approach to using what has come before to make something that gives a viewer a new way of seeing.

 Tara Donovan uses plate glass and a printing press to create a unique drawing from the impression of the entire sheet of broken glass thus presenting motion, stillness, wholeness and fragility, simultaneously.

 Kay Rosen uses both the definition of and formal make up of the phrase, Even Steven to define its visual presentation.

 Richard Artschwager took the graphic form of a question mark and turns it into a three dimensional sculpture that, depending upon where one stands, sees it as either a question mark or exclamation mark, both of which are illustrations of punctuationand also enactments of the experience of seeing such a mark in the round.

 Bernd and Hilla Becher made photographs of obsolete structures and presented them in typologies where the dates and locations are non-sequential.  Similarities and differences are observed in formal ways, yet the issues of time, obsolescence and familiarity will always be in flux for a viewer.

 Idris Khan took the Bechers exploration and literally layered their images on top of each other, so as to compress the imagery to create a seemingly motion-filled ghost of the whole project where the Bechers entire activity is seen in the rear-view mirror, yet forever here, now.

 Sarah Szes work embodies a similar roll to that of the Bechers, Khan and Artschwager, combined.  Ripe Fruit Falling utilizes imagery and techniques Sze has used in other works, yet compresses them all into an almost two dimensional object.  Vignettes and varying perspectives add to the dynamism and multiple approaches of reading the scenario of her work.

As one can see, varying among the works is what is found, what is altered, what is added, what is whole and when it is complete. 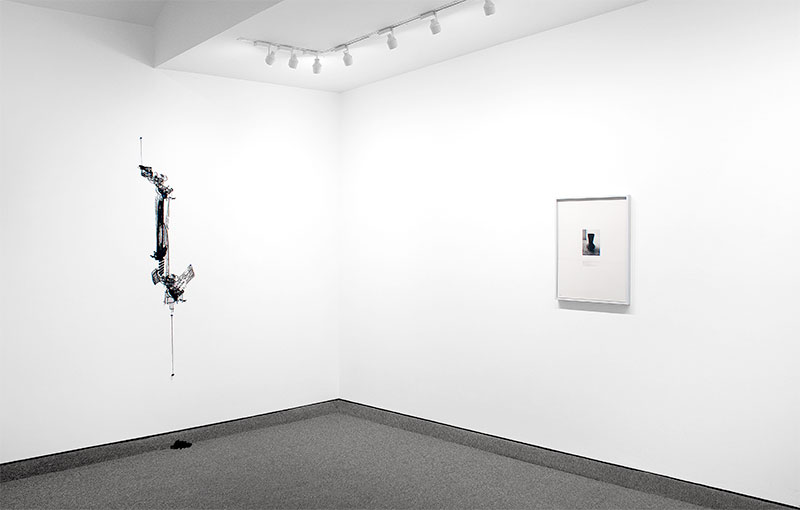 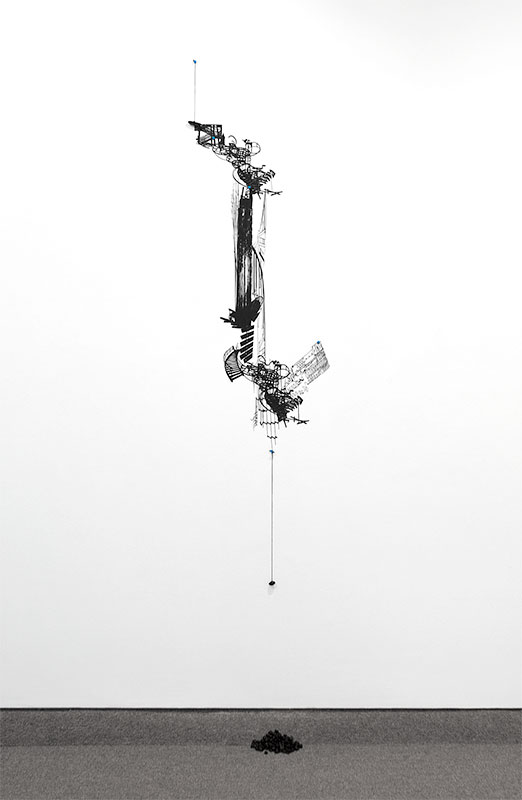 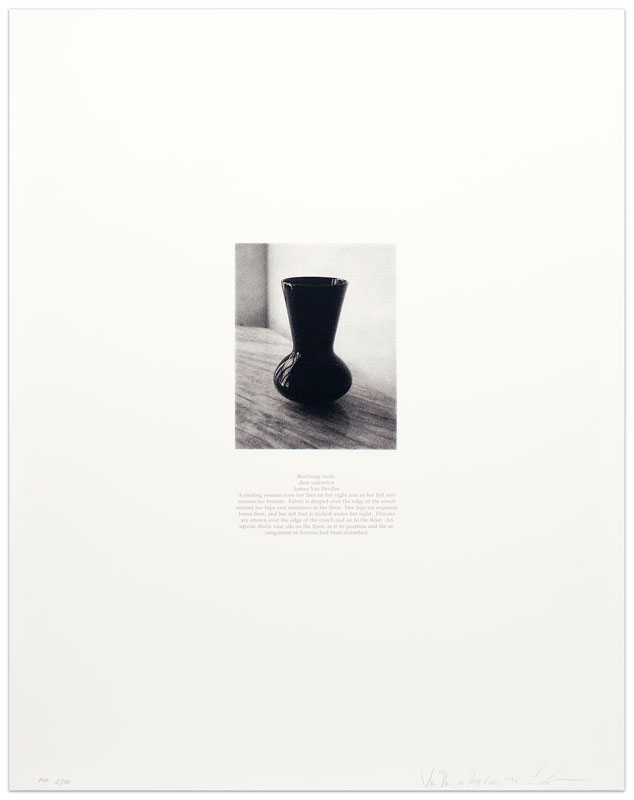 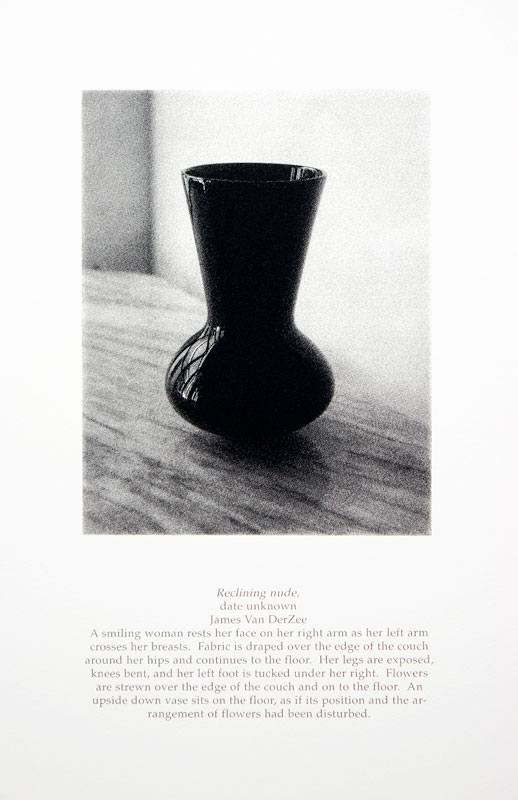 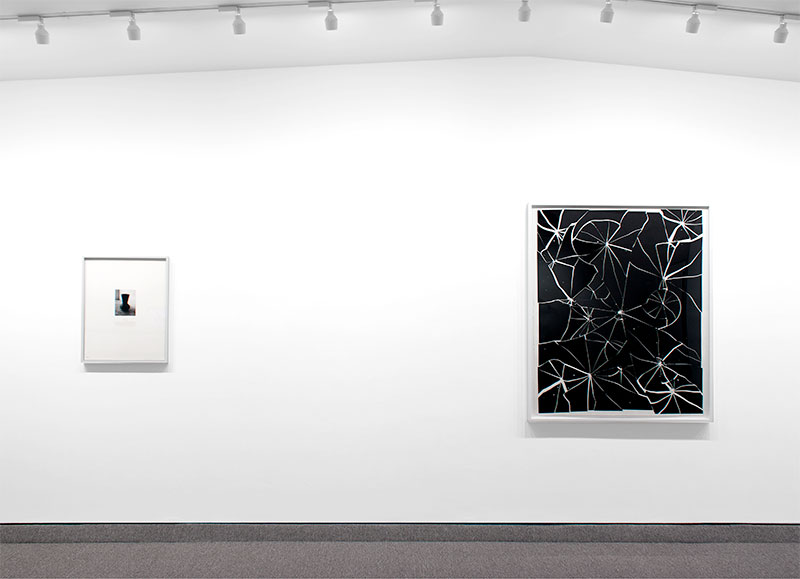 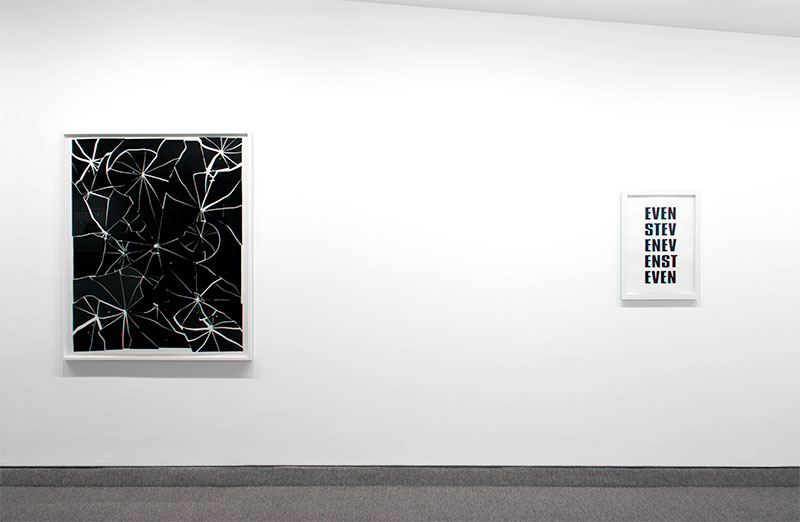 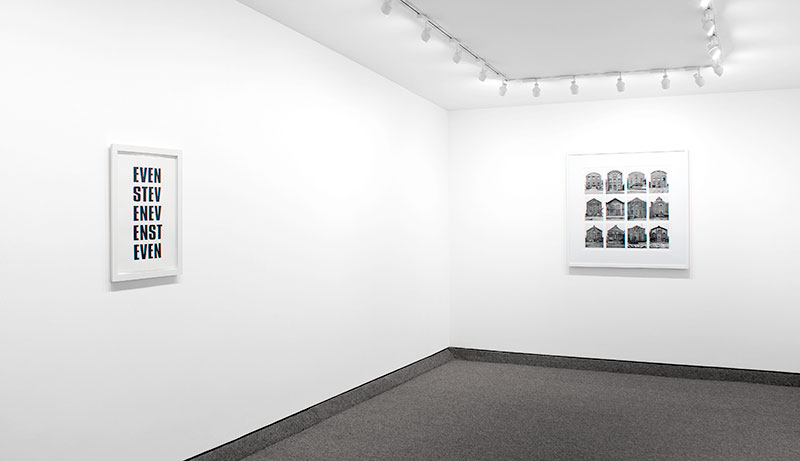 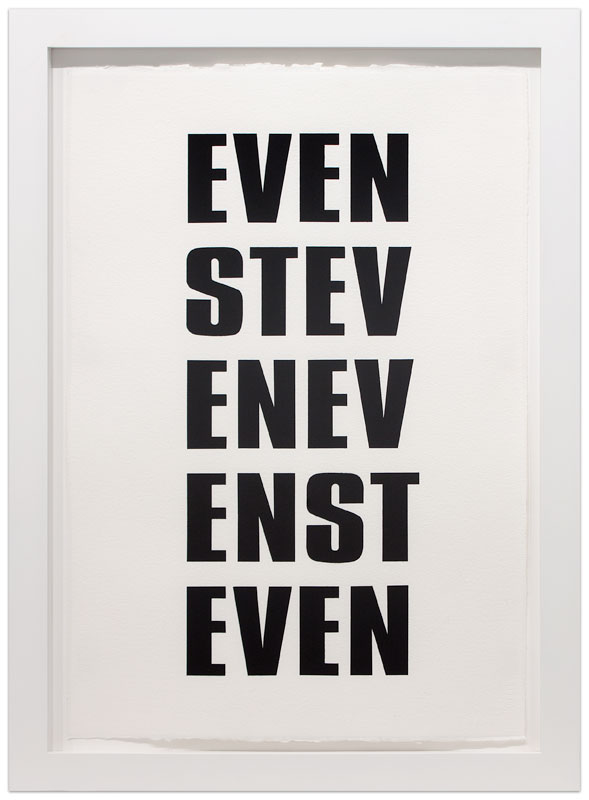 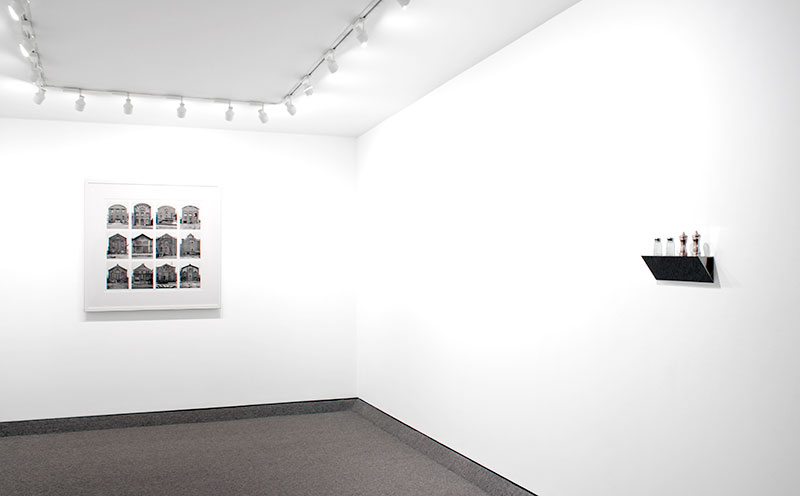 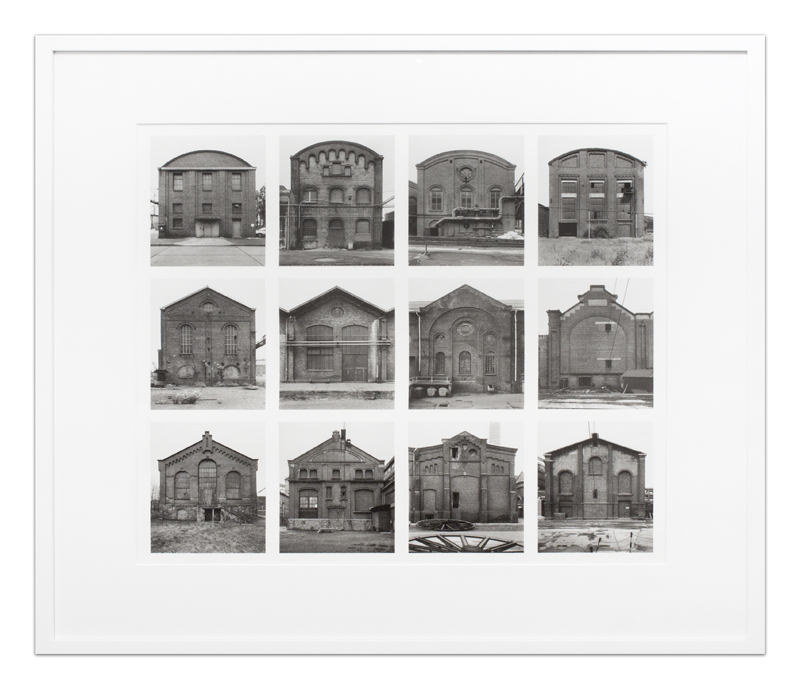 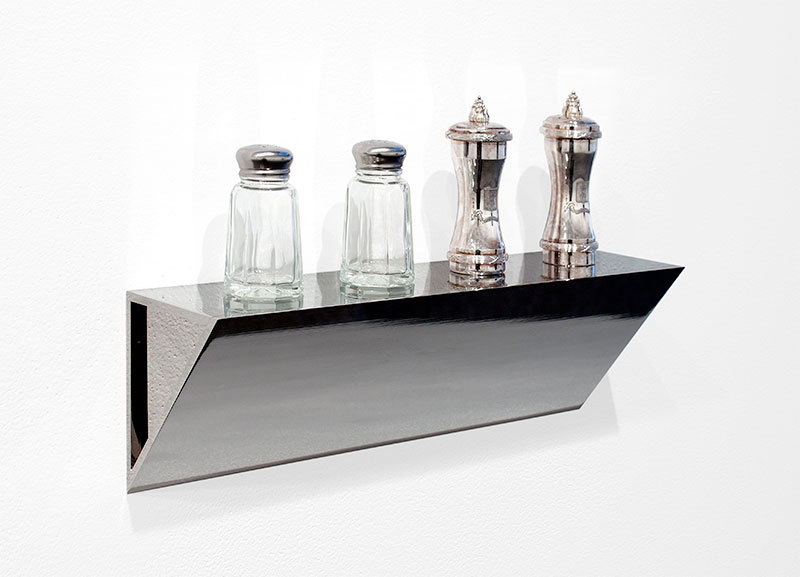 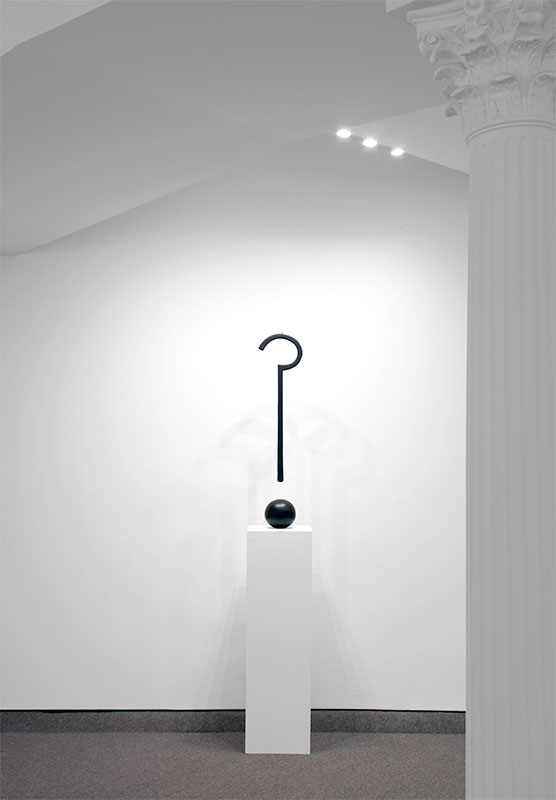 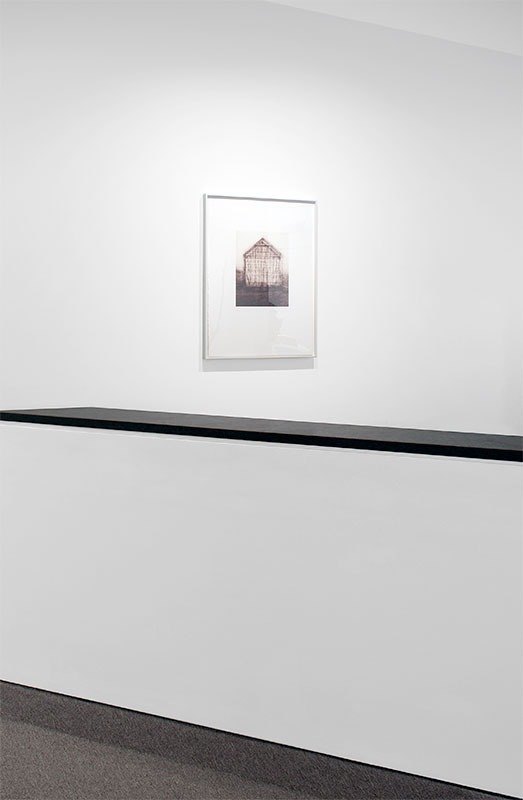 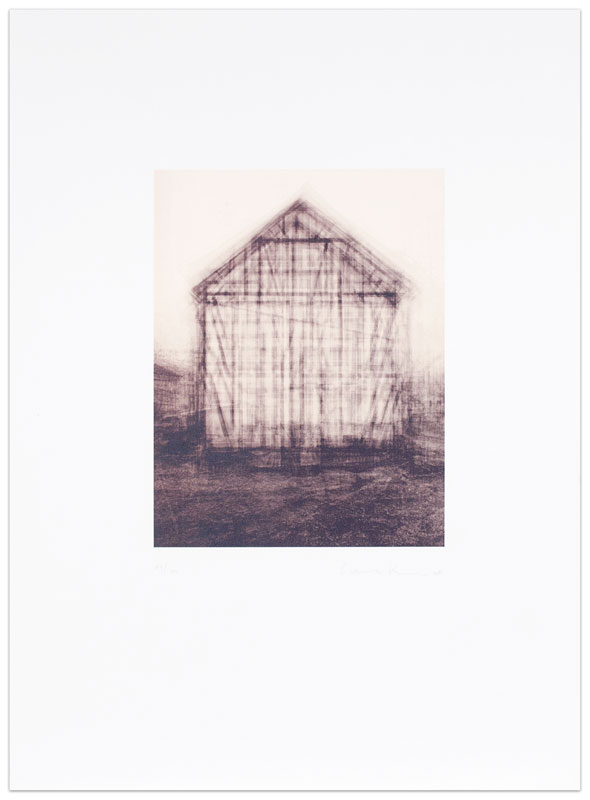